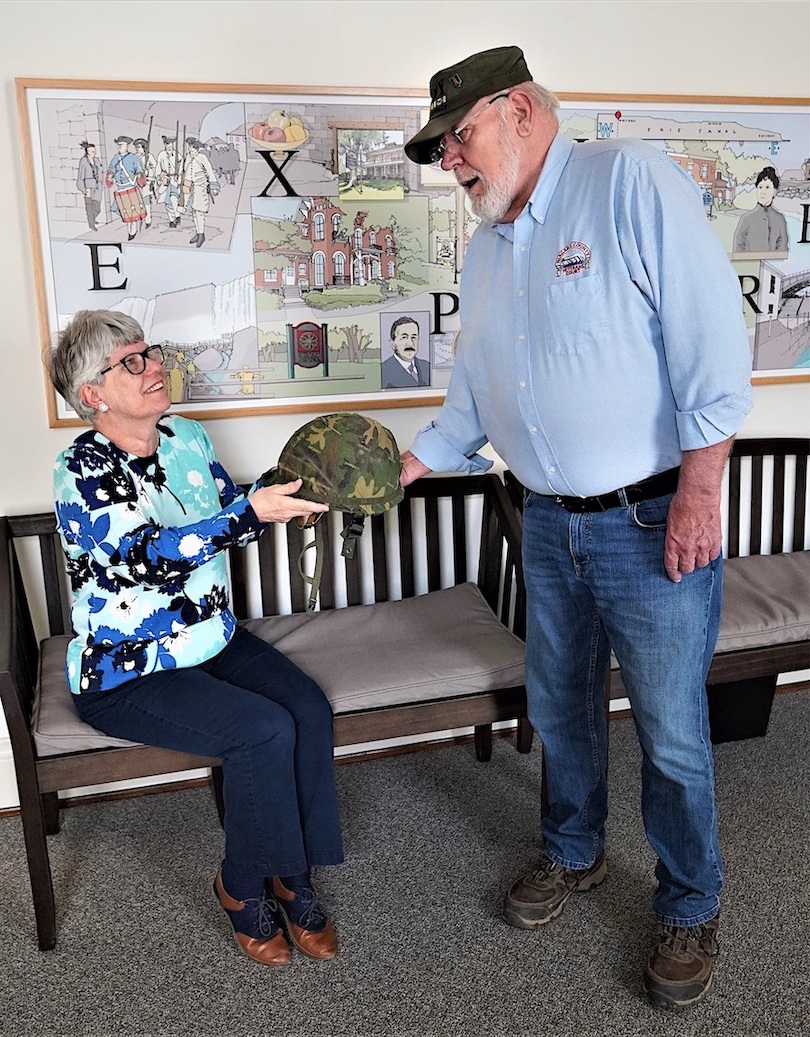 Program to feature 'Reflections of a Vietnam Veteran's Homecoming'

On Saturday, May 21, well-known veteran Edward “Ted” Jackson will speak on his experience returning home from Vietnam in 1969 – and contrast it with veterans’ homecomings from past conflicts, including the Civil War, World War I and World War II. He will also bring some of his personal artifacts from his years in the Army. An exhibit of objects and photographs from the Vietnam War era will accompany the presentation. The exhibit will remain at the History Center until mid-June.

Jackson is a native of Lockport who served in Vietnam and Japan between 1967-69. In spite of service-related injuries and health issues, he managed several businesses after his return, until wartime disabilities forced his retirement. He has since taken degrees from Niagara County Community College and Niagara University, served in veterans’ organizations, and is commander of VFW Post 313 in Youngstown.

The 11 a.m. program will be part of the “Other Voices” series, and will be open to the public free of charge. It will take place in the Niagara County Historical Society’s meeting room at 215 Niagara St., Lockport.

A press release stated, “ ‘Other Voices, Past & Present’ is a series of talks funded by a Verizon Community Benefits Grant through the Community Foundation for Greater Buffalo. It focuses on groups whose voices have been underrepresented in history and the present. The next program in the series will feature the voices of sanitation workers, and will be hosted by Julie Berrigan of Modern Disposal on Saturday, June 18.”