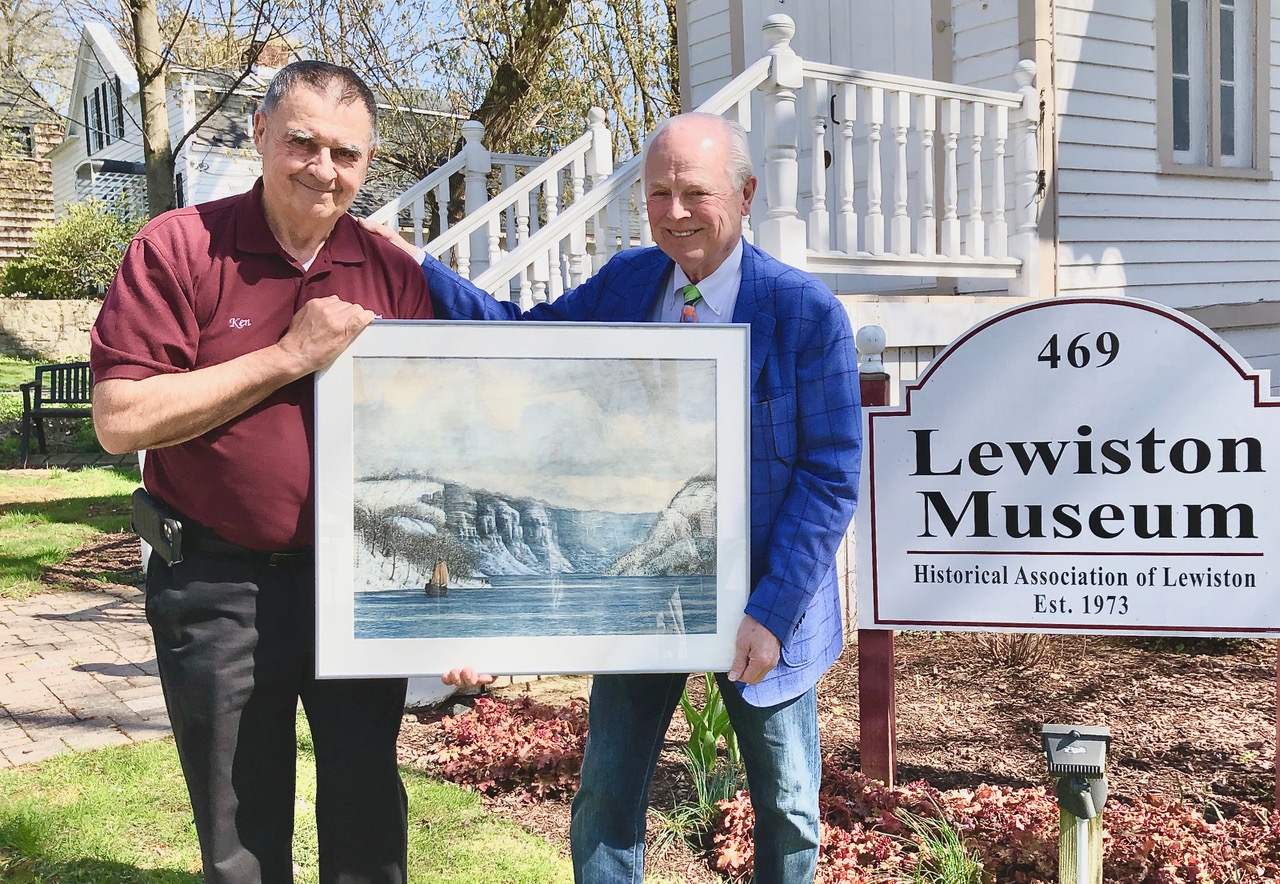 Ken Slaugenhoupt, left, president of the Historical Association, holds the Frontenac painting with Dr. Michael Hess of Lockport, who owns the one-of-a-kind artwork.

Dr. Michael Hess, a prominent Lockport dentist, drove to Lewiston on Thursday and shared a painting he owns with a group of enthusiastic volunteers who were astounded with the quality, accuracy and rarity of the artwork. It is the only known illustration of the French vessel Frontenac landing in Lewiston on Dec. 6, 1678, with Father Louis Hennepin aboard.

The original watercolor, created by Buffalo historian/artist Raymond Massey, was obtained by Hess in 1980 and has remained at his Lockport residence ever since. The Frontenac, which was built in Kingston, Ontario, around 1676, was the first sailing vessel on the Great Lakes. Its fate or whereabouts are unknown. When the ship arrived in Lewiston, it was one of the most important historical events in North American history, because it was the beginning of Great Lakes commerce and the exploration of the Ohio Valley and Mississippi River. The Senecas controlled the region at the time while the French considered this area part of New France.

The Frontenac was at the vanguard of LaSalle’s mission to construct a larger ship in Niagara Falls, named LeGriffon, which was launched to find the mythical northwest passage to China.

The 350th anniversary of the Frontenac’s trip to Lewiston will be in 2028, and discussions are underway to determine the feasibility of building a replica of the Frontenac for tourist and visitor trips between Lewiston to Youngstown.

Dr. and Mrs. Anne Hess have lent the Lewiston Museum the painting for now. It will be on display when the museum opens for the season at 1 p.m. June 4.