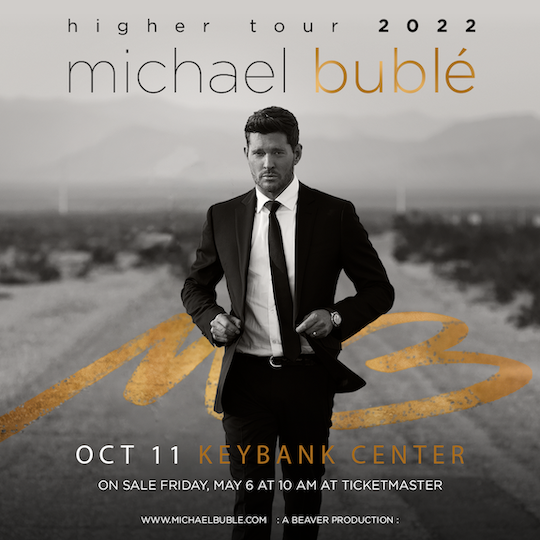 'An Evening with Michael Bublé' at KeyBank Center in Buffalo

Grammy Award-winning, multi-Platinum superstar entertainer Michael Bublé will be back on the road with his brand-new “Higher” tour – and he’s coming to KeyBank Center on Oct. 11. Tickets will go on sale at 10 a.m. Friday, May 6, via Ticketmaster.

A press release noted, “With unstoppable talent, energy and a voice that is equally at home singing standards, pop tunes, swing, jazz, R&B and comedy, it’s no wonder that, when Michael Bublé gets to town, the party begins. You don’t want to miss it!”