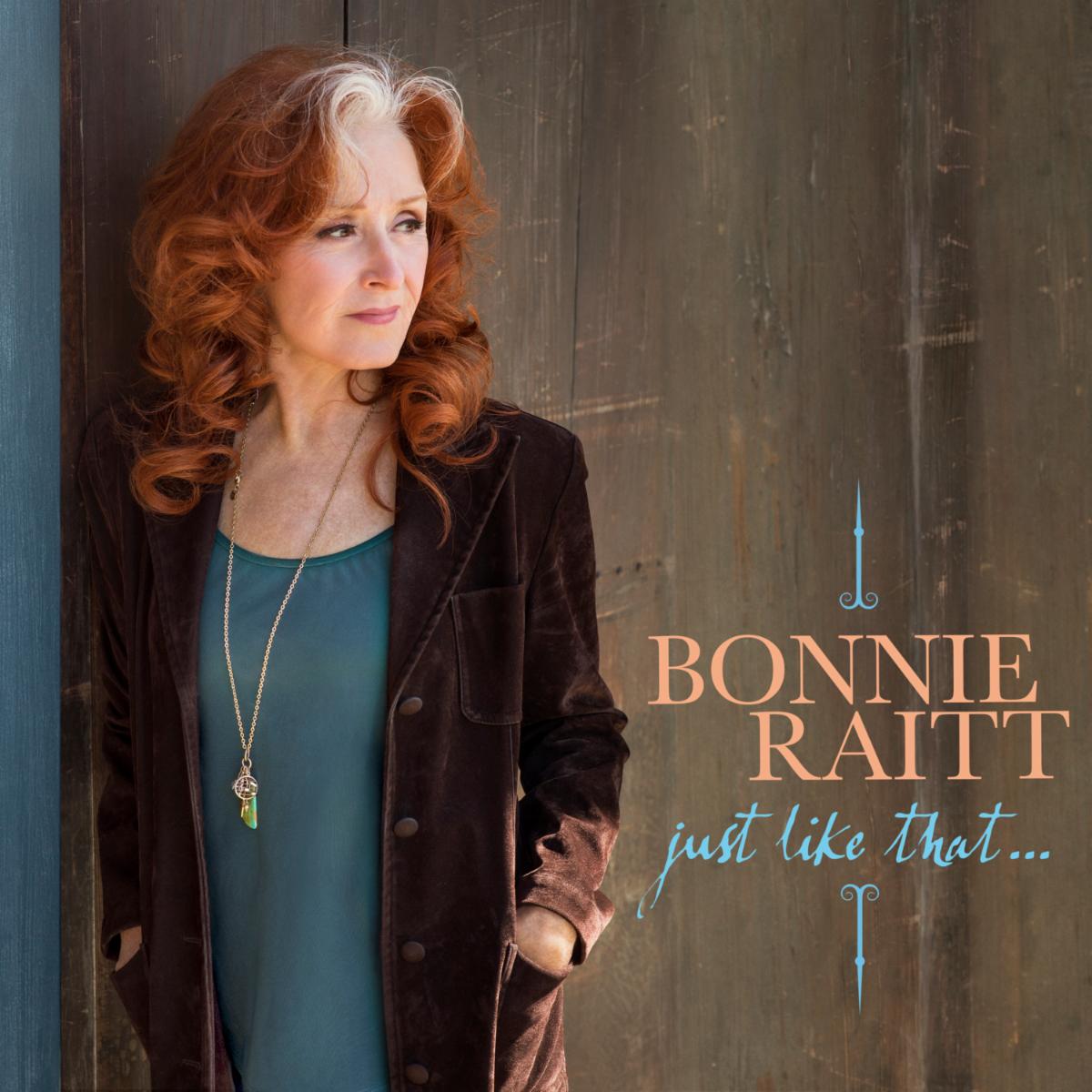 Bonnie Raitt’s 21st album, “Just Like That…”, hit shelves Friday via Redwing Records. It’s available on all formats, including an indie exclusive teal LP and immersive audio formats Dolby Atmos and 360 Reality Audio. The 10-track album’s title comes from a line in one of Raitt’s new original songs (“Just like that, your life can change”). She is also teaming up again with distributor ADA globally and new partner Sub Pop for the physical album release in the U.S.

Raitt has had a magnificent year: In addition to the new album, she received the Lifetime Achievement Award at this year’s Grammy Awards, was awarded the Icon Award at the Billboard Woman in Music, and her album, “Nick of Time,” was inducted into the Library of Congress’s National Recording Registry.

“Just Like That…” features several songs Raitt has been wanting to record for years, including “Made Up Mind” by the Bros. Landreth, “Something’s Got a Hold of My Heart” by NRBQ’s Al Anderson (NRBQ joins the first leg of Raitt’s tour), and Toots and the Maytals’ “Love So Strong,” which she had intended as a duet with her dear friend Toots Hibbert. Sadly, the reggae giant passed away in 2020. Raitt has included the track as a tribute.

The album has four songs written by Raitt. “Living for the Ones,” co-written with her longtime guitarist George Marinelli, is a rocking dedication to the friends and family she has lost in recent years, while the funky and sardonic “Waitin’ for You to Blow” – about the devil on Recovery’s shoulder – is equal parts Mose Allison, Eddie Harris and ’70s funk.

Two of the original songs came out of real-life scenarios: “Down the Hall” was inspired by a New York Times story about a prison hospice program, while the album’s title track was sparked by a news segment about two families deeply impacted on both sides of an organ donation. The power of writing about the life-changing personal experiences of others resonates deeply with Raitt.

“I’ve always loved the early guitar songs of Dylan, Jackson Browne, Paul Brady, and especially John Prine,” she says. “With songs like ‘Angel from Montgomery’ and ‘Donald and Lydia,’ John was able to just climb inside and sing these people’s deepest lives. With his passing last year, finishing these songs has meant even more.”’

“Just Like That…” was recorded in the summer of 2021 in Sausalito, California. The players include two veteran members of Raitt’s band: bassist James “Hutch” Hutchinson and drummer Ricky Fataar; as well as two new musicians: Canadian Glenn Patscha on keyboards and backing vocals, and Nashville guitarist Kenny Greenberg. Raitt’s frequent guitarist/songwriting partner George Marinelli also joined in, playing and singing on “Livin’ for the Ones.” Once again, Raitt took the producer reins, reuniting with her favorite recording and mixing engineer, Ryan Freeland, for their third collaboration (they each earned Grammy Awards for Raitt’s 2012 release, “Slipstream”).

The mix of sounds and approaches on “Just Like That…” reveals how, 50 years after the release of her debut album, Raitt continues to personify what it means to stay creative, adventurous, and daring over the course of a life’s work.

“On this record, I wanted to stretch,” she says. “I always want to find songs that excite me, and what’s different this time is that I’ve tried some styles and topics I haven’t touched on before.”

Like the rest of the musicians around the world, sidelined for two years from their livelihood and great joy – touring and performing live – Raitt and her band and crew are thrilled to hit the road in April for an eight-month U.S. tour. The tour’s special guests include NRBQ, followed by Lucinda Williams, and longtime friend Mavis Staples on various dates throughout the run. The full tour schedule, with info on special benefit seat information, is listed at www.bonnieraitt.com.

Raitt says she has never felt more grateful that she can continue making music, contributing to causes, keeping her crew working, and connecting with her audience. \

“I’m really aware of how lucky I am, and I feel like it’s my responsibility to get out there and say something fresh and new – for me and for the fans. But I need to have something to say or I won’t put out a record,” she says.

Raitt is a singer, songwriter and guitarist whose unique style blends blues, R&B, rock and pop. After 20 years as a cult favorite, she broke through to the top in the early ’90s with her Grammy-winning albums, “Nick of Time” and “Luck of the Draw,” which featured hits "Something To Talk About" and "I Can't Make You Love Me" among others. The 10-time Grammy winner was inducted into the Rock & Roll Hall of Fame in 2000, while Rolling Stone named the slide guitar ace one of the “100 Greatest Guitarists of All Time” and one of the "100 Greatest Singers of All Time.”

Raitt’s widely acclaimed 2012 independent release, “Slipstream” sold over a quarter-million copies, making it one of the top selling independent albums, and earned Raitt her 10th Grammy Award (Best Americana Album). In February 2016, Raitt released her anticipated 20th album, “Dig In Deep” (Redwing Records.) On tour for much of 2017-19, Raitt and her band performed overseas in Australia, New Zealand and Canada before spending the summers touring as support for James Taylor in stadiums and arenas across the U.S., U.K. and Europe.

As known for her lifelong commitment to social activism as she is for her music, Raitt has long been involved with the environmental movement, performing concerts around oil, nuclear power, mining, water and forest protection since the mid ’70s.  She was a founding member of MUSE (Musicians United for Safe Energy), which produced the historic concerts, album and movie “NO NUKES,” and continues to work on safe energy issues in addition to environmental protection, social justice and human rights, as well as creator’s rights and music education.