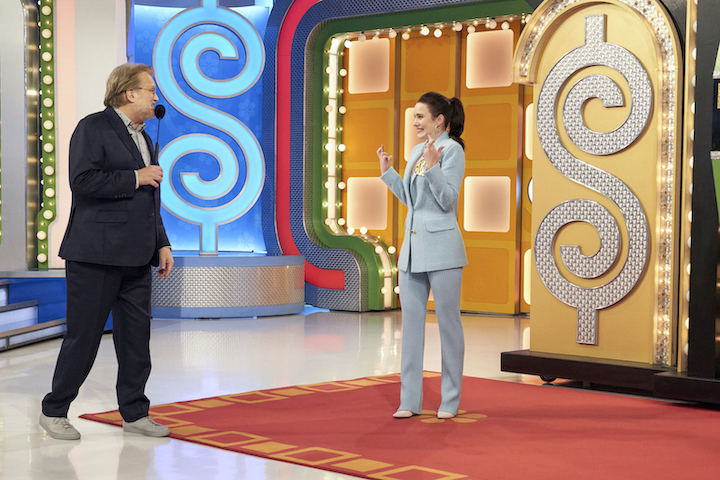 Drew Carey is show with Rachel Brosnahan on "The Price Is Right at Night." (Photo by Adam Torgerson/CBS ©2021 CBS Broadcasting Inc. All rights reserved.)

CBS Original game show “The Price Is Right,” hosted by Drew Carey, welcomes Emmy Award-winning actress Rachel Brosnahan to “come on down” for a special primetime episode of “The Price Is Right” Monday, April 25 (8 p.m. ET/PT) on the CBS Television Network, and available to stream live and on demand on Paramount+.

Brosnahan will play alongside contestants to raise money for Covenant House. The charity offers support to young people in need, by providing shelter, food and crisis care. Additionally, contestants will compete for “marvelous” prizes, including a trip to Paris and a specially themed showcase, as well as cash and cars.

“The Price Is Right,” network television’s No. 1-rated daytime series and the longest-running game show in television history, is produced by Fremantle and broadcast weekdays (11 a.m. ET). Evelyn Warfel is the executive producer.