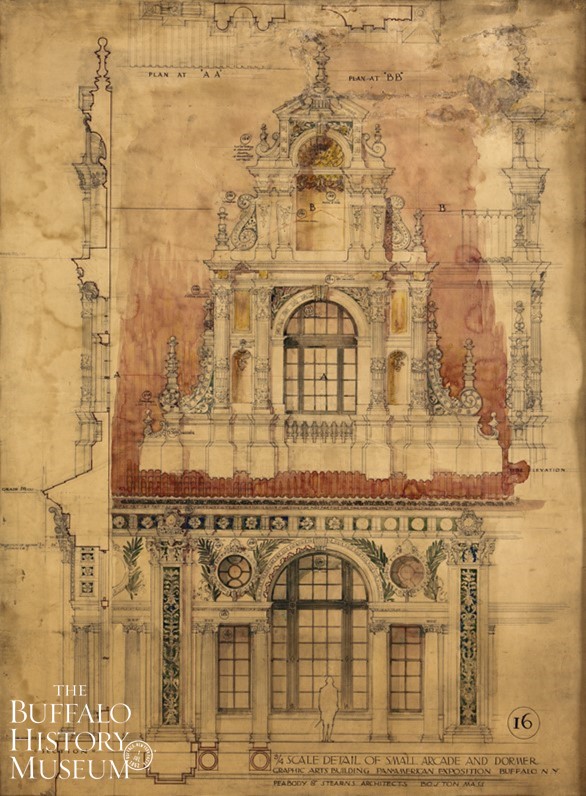 The Buffalo History Museum debuted a new exhibit, “To Rescue the Color: Salvaged Renderings of the Rainbow City,” which features more than a half-dozen colorized renderings of the 1901 Pan-American Exposition.

A press release noted, “The renderings – located in the museum’s state court – reveal an important feature of the exposition that black-and-white photos and film footage never could: The dazzling color scheme at the fair designed by artist and illustrator C.Y. Turner, the director of color for the Pan-Am. Turner created a series of intricate, hand-rendered composite studies of Pan-Am buildings prior to their construction using a carefully orchestrated palette that visually represented the ‘fierce struggle of man to overcome the elements’ and the ‘triumph and superiority of Western civilization.’ ”

The renderings were originally not intended to last and were nearly discarded in the fall of 1901. Artist Carl Hirschberg – a colleague of Turner’s – salvaged them, recognized their historic importance as one of the few indicators of the exposition’s noted color scheme, and donated them to the Buffalo Historical Society to ensure their care. Hirschberg noted in a November 1901 letter to Society President Andrew Langdon that the paintings “will soon represent the only record of a great artistic success.”

The Buffalo History Museum invested more than $50,000 over a seven-year span to conserve and frame the renderings, which depict the exposition’s horticultural, graphic arts and forestry buildings.

“We literally have thousands of black and white photographs of the exposition in the collection. Color references for the ‘Rainbow City’ are far scarcer, yet so critical to our understanding of this pivotal moment in our city’s history,” Buffalo History Museum Executive Director Melissa Brown said. “C.Y. Turner’s team created hundreds of these studies and, as guests will find in the exhibit, we are very fortunate this precious sampling endures.” 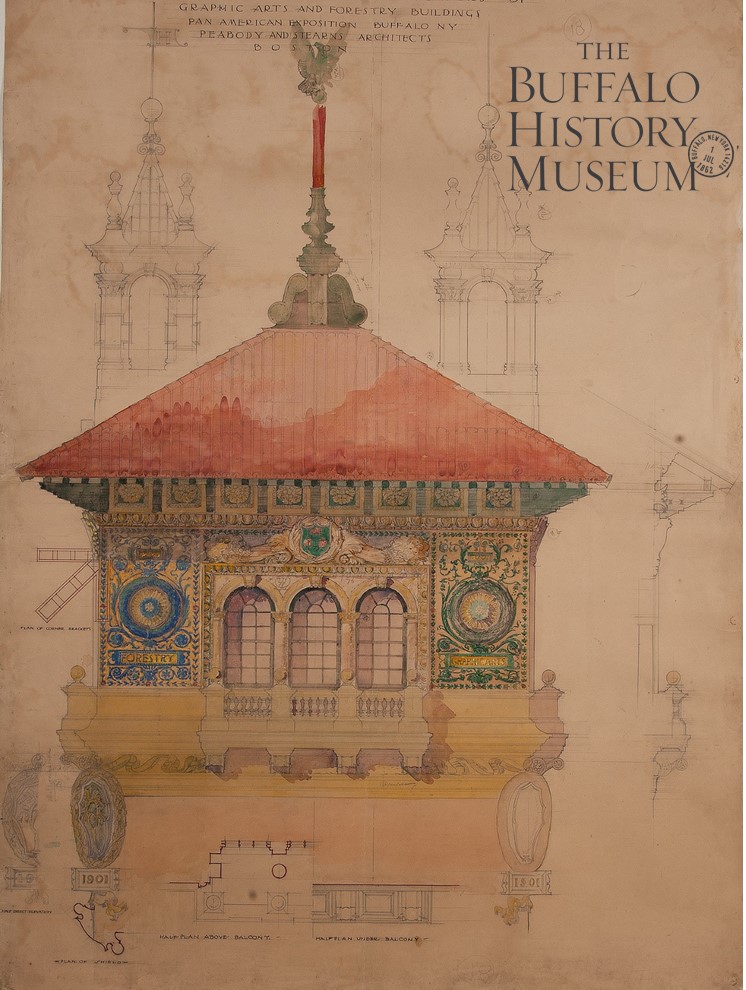 Located at One Museum Court, the Buffalo History Museum is a private, not-for-profit organization accredited by the American Alliance of Museums.