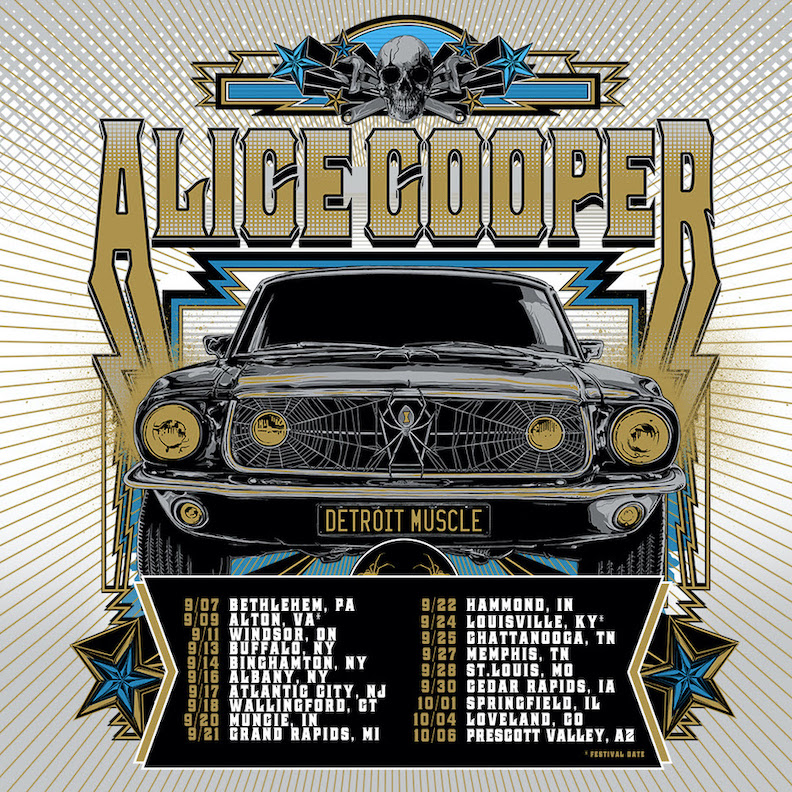 Alice Cooper has announced his fall 2022 "Detroit Muscle" tour. After wrapping successful and uninterrupted fall 2021, and both winter and spring 2022 runs, and following a U.K./European tour May 23 through July 6, Cooper will be back on the road in September. There is a mix of headline shows and festival appearances on his docket.

Cooper, a Rock and Roll Hall of Fame inductee, usually spends up to six months a year on the road, bringing his iconic brand of rock psycho-drama to fans both old and new, enjoying it as much as the audience does. Known as the architect of shock rock, Cooper (in both the original Alice Cooper band and as a solo artist) has rattled the cages and undermined the authority of generations of guardians of the status quo, continuing to surprise fans and exude danger at every turn, like a great horror movie. His concerts remain a "not-to-be-missed" attraction.

Cooper’s universally acclaimed 2021 album, “Detroit Stories,” is available via earMUSIC. The record is a celebration of the sound and spirit of the golden era of Detroit rock, and debuted on the Billboard Album sales chart at No. 1 upon release in February 2021.