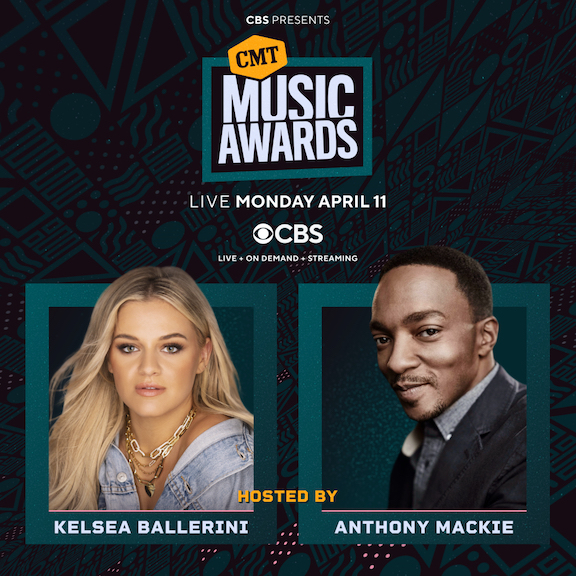 CMT announced five-time Grammy Award-winning iconic duo The Judds will reunite for the first time in more than two decades on a nationally televised award show stage when they perform at the 2022 CMT Music Awards. Hosted by Kelsea Ballerini and Anthony Mackie, the special airs Monday, April 11 (8 p.m. ET live) on the CBS Television Network and will be available to stream live and on demand on Paramount+.

The Judds, one of the most successful duos in country music history, will make a triumphant return to the stage to perform their international hit and chart-topping single “Love Can Build a Bridge,” with the iconic landmark of Nashville’s Country Music Hall of Fame as their background – a nod to the duo’s upcoming 2022 induction. The performance kicks off a soon-to-be momentous year for Naomi and Wynonna, as they’re officially enshrined in the Hall of Fame in May.

Two-time CMT Music Awards nominee Kacey Musgraves will introduce the legendary duo’s performance and acknowledge the lasting influence The Judds’ music has had on her career.

CBS said, “Wynonna and Naomi Judd brought a fresh acoustic sound to country music, with unmistakable harmonies surrounding Wynonna’s powerful lead vocals. The Judds are often celebrated for a rarely interrupted stretch of 14 No. 1 hits, when every single of theirs released by RCA landed in the Billboard top 10, and a career that defined what it means to be individualists in the music business.

“The Judds dominated touring in the ’80s with 20 Top 10 hits, have sold more than 20 million albums and blazed a trail for duos and women who have followed them. Together, The Judds have 16 Gold, Platinum and multi-Platinum albums and longform videos, led by twice-Platinum albums ‘Why Not Me’ and ‘Greatest Hits.’ Their stripped-back style revived the popularity of acoustic sounds in country music and opened up the genre for more traditional approaches.”

This marks The Judds’ first performance together on the CMT Music Awards stage. Previously, Wynonna performed alongside Kid Rock to open the 2011 award show, and Naomi served as a show presenter in both 2008 and 2009.

Fan voting is now open at vote.cmt.com. A full list of nominations is available here.