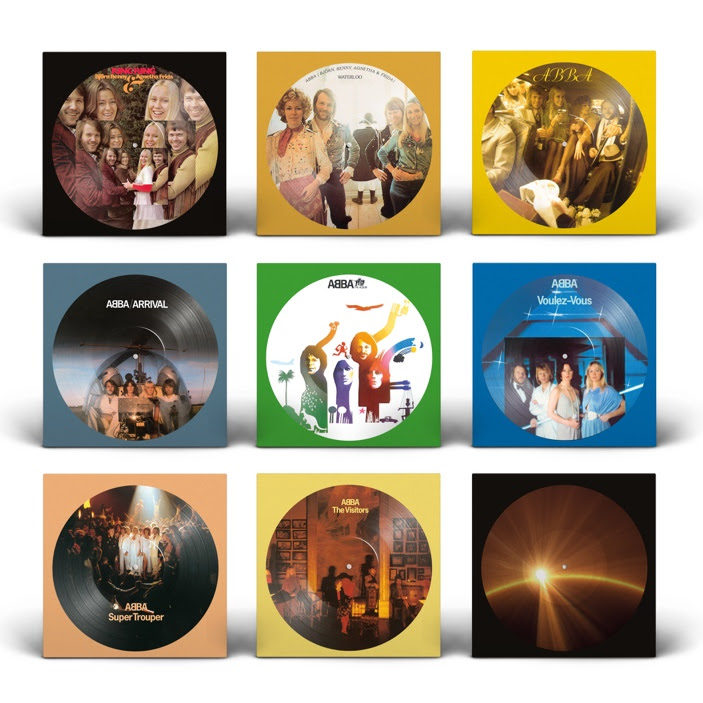 To coincide with opening of ABBA Voyage, the concert experience at the ABBA Arena, Queen Elizabeth Olympic Park, London

√ POLAR/Universal Music announce series of releases to celebrate this occasion

√ 10-LP and 10-CD box sets collect ALL of ABBA’s nine studio albums, plus specially curated disc of tracks that appeared only as singles.

When “Voyage,” the first new ABBA album in 40 years, and the accompanying shows in London were announced in September 2021, the global headlines it garnered underlined the phenomenal popularity of ABBA, four decades after they pressed the pause button on their career.

The band’s team said, “We’d all thought that the perfect arc of eight album releases from the sunshine of 1973’s ‘Ring Ring’ to the chill of 1981’s ‘The Visitors’ represented the complete ABBA story. However, one of pop’s most electrifying groups still had surprises in store, and their brand-new album, ‘Voyage,’ showed all the ABBA hallmarks were still very much intact. ‘Voyage’ topped the charts in 18 countries worldwide and became the group’s highest-ever placing in the U.S. at No 2.”

This brand-new 10-LP box set, pressed on 180-gram heavyweight vinyl, and 10-CD box set, offers the opportunity to enjoy “Voyage” alongside the “golden eight” (“Ring Ring,” “Waterloo,” “ABBA,” “Arrival,” “The Album,” “Voulez-Vous,” “Super Trouper” and “The Visitors”), as well as “ABBA Tracks,” which features non-album singles such as "Gimme! Gimme! Gimme! (A Man After Midnight)," "Fernando" and other cherished B-sides. With the addition of a 40-page booklet in the 10 CD box set featuring album information and classic ABBA photographs from throughout their career, “The ABBA Album Box Set” is the ultimate collection for an ABBA fan, and a souvenir of the group’s astonishing return.

The press release continued, “If that wasn’t enough, we present the release of ‘ABBA’s Studio Album Picture Discs,’ which reunites all of ABBA’s prized studio albums on a special format (‘Ring Ring,’ ‘Waterloo,’ ‘ABBA,’ ‘Arrival,’ ‘The Album,’ ‘Voulez-Vous,’ ‘Super Trouper’ and ‘The Visitors’).”

Strictly limited edition, the collection is available as a discounted eight-LP bundle, and nine-LP bundle (including “Voyage”) for a limited time only. The albums are all released on June 10.

To celebrate all things ABBA, a new series of 20 lyric videos was launched on Friday, March 18, beginning with "Chiquitita" (http://abba.lnk.to/Chiquitita-Lyric-Video)

The series will include all tracks on “ABBA Gold,” plus "Happy New Year," and will be released over the next 12 months. Look out for the next release, "Waterloo," on April 6, which coincides with the 48th anniversary of ABBA winning the Eurovision Song Contest with the ever-glorious track.

The countdown is well underway. The concerts begin at ABBA Arena, Queen Elizabeth Olympic Park, London opening on May 27. For more information go to https://abbavoyage.com/