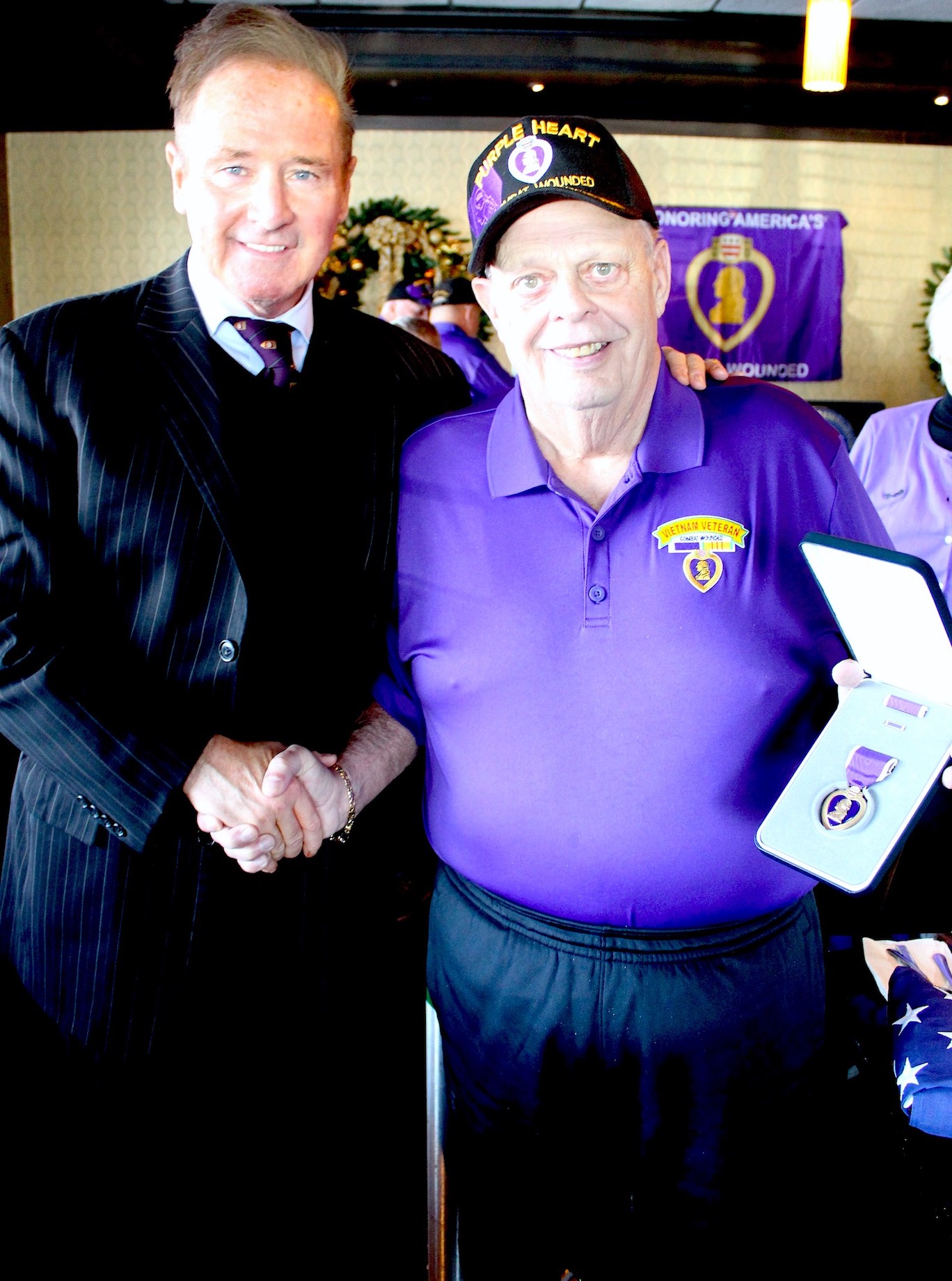 U.S. Army Specialist Roger Dearmyer was a Purple Heart Recipient who saw combat throughout his service

Speaking on the House floor, Higgins stated, in part, “I rise on Vietnam Veterans Day to honor U.S. Army Specialist Roger Dearmyer, a Western New York native and Purple Heart recipient. … Spending much of his deployment in the jungles of Vietnam, he was injured in action in April 1967. Roger returned home and served as an Erie County Sheriff’s deputy for 31 years. He remained active in the veteran community being a member of the Fourth Infantry Division Association and the Military Order of the Purple Heart Chapter 187. … I ask my colleagues to join me in honoring Roger Dearmyer, a man who lived a life of service to his family, his community, and his country.”

Born in Buffalo in September of 1945, Dearmyer was drafted into the U.S. Army in 1966. Deploying to Vietnam the same year with the 4th Infantry Division, he first arrived in Qianyan, China, before traveling to the Central Highlands of Pleiku, Vietnam.

Higgins’ team said, “Under constant attack by the North Vietnamese, Roger and his fellow comrades quickly became aware of the grim realities of war. He spent much of his deployment in the jungles of Vietnam involved in search and destroy missions. His duties included running platoon-sized patrols and night ambushes. In October 1966, he saw his first major battle. After three straight days under siege, the majority of his platoon was killed or injured. Remaining soldiers faced the ongoing threat of malaria, dysentery, and the effects of Agent Orange.

“Roger saw additional battles in February and April of 1967. On April 17 of that year, he was injured in action. After a lengthy recovery, he was honorably discharged from the Army. Roger returned home with no celebration, simply receiving his Purple Heart in the mail without the other medals he earned while serving overseas.”

After returning Western New York, Dearmyer went on to serve as an ECSO deputy from 1970-2001, retiring as a detective after 31 years with the department. He was also an active member of the local veteran community, becoming a long-standing member of the National 4th Infantry Division Association, the Military Order of the Purple Heart Chapter 187, and the Disabled Veterans of America.

In 2019, Higgins honored Dearmyer during a ceremony, presenting him with the medals he earned while serving in Vietnam. In addition to a Purple Heart, he received a Vietnam Service Medal with a Triple Bronze Star Attachment, a Combat Infantryman Badge, a Marksman Badge and Rifle Bar, and a Republic of Vietnam Campaign Ribbon with 1960s Device.

Higgins’ team said, “According to the Department of Veteran Affairs, approximately 2.7 million Americans served in Vietnam. Like Roger, many did not receive a warm welcome when they returned home to the United States. The Vietnam War Veterans Recognition Act of 2017 was signed into law designating March 29 as National Vietnam War Veterans Day.

For more information on this program, or other veteran services, contact Walt Koch in Higgins’ office at 716-852-3501.