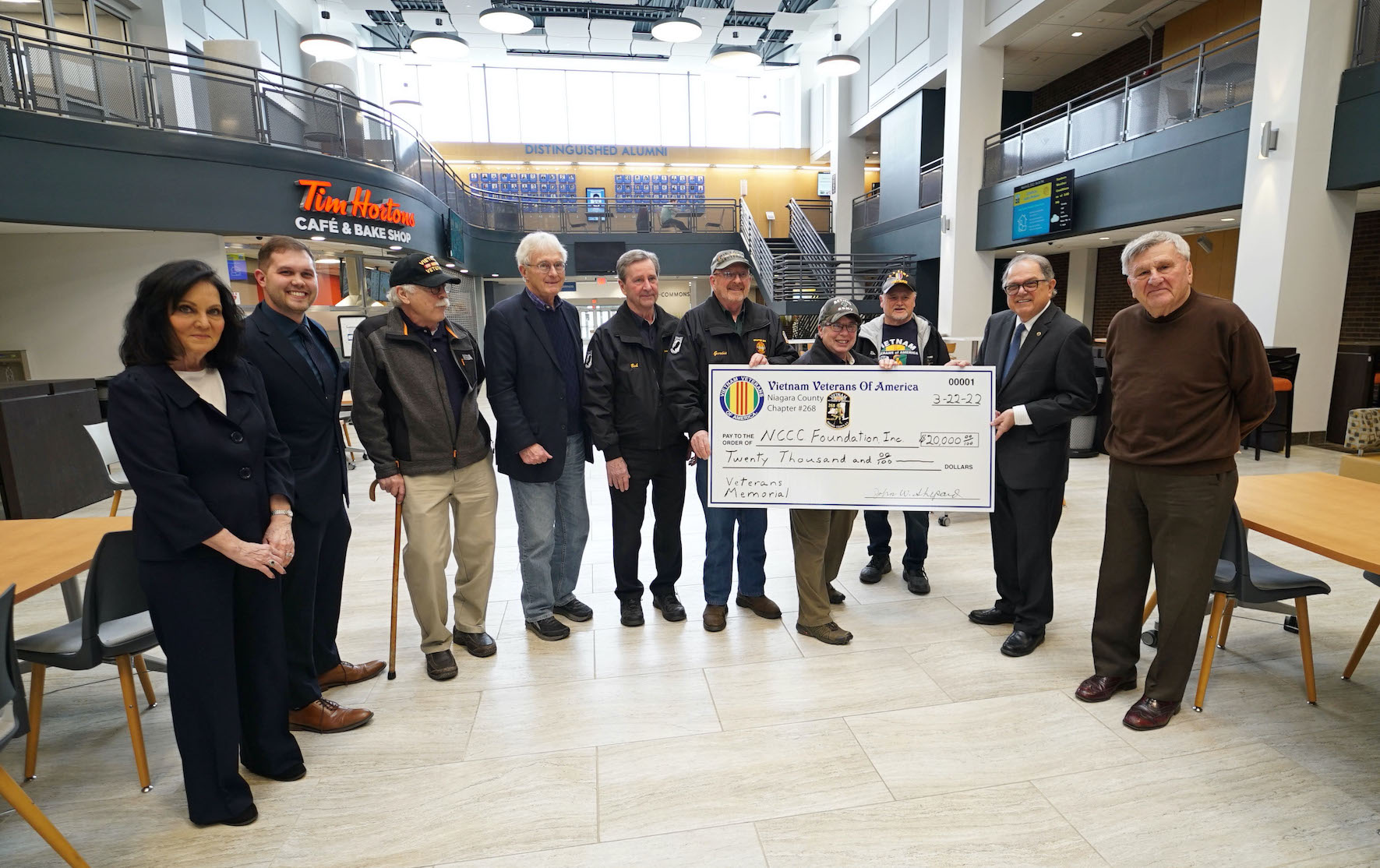 Members of the Vietnam Veterans Association Chapter 268 attended the Niagara County Community College’s board of trustees meeting on Tuesday. The chapter, founded in 1985, has donated more than $180,000 to the Niagara County community – including scholarships to high school graduates to attend college.

NCCC said, “It supports the community while leaving a legacy for their family members and the younger generation of veterans. Their legacy continues as they presented a $20,000 donation to NCCC President William Murabito and NCCC Veterans Services Coordinator Joseph Potalivo. This will assist bringing the new NCCC Veterans Memorial Park to life.”

The college’s Veterans Memorial Park was established in 1976 by Vietnam veterans who attended NCCC. The area features a plaque of Niagara County veterans who died in the war.

NCCC will be relocating and expanding the existing park to further honor the Niagara County veteran community. This park will represent those who served in the armed forces and celebrate a proud heritage of military service. Veterans will be honored annually during NCCC’s Veteran’s Day ceremonies.

Area veterans, their families, and NCCC alumni/employees are invited to memorialize their service and those of their loved ones (alive or deceased) on the park’s new monument. Veteran names and military branch of service will be engraved on the memorial wall and benches for a donation of $150 or more.

For more information, to purchase an engraving, or to donate, visit www.niagaracc.suny.edu/veterans/memorialpark/. Donations can also be made over the phone at 716-614-5910, or through the mail to NCCC Foundation, 3111 Saunders Settlement Road, Sanborn, NY 14132.