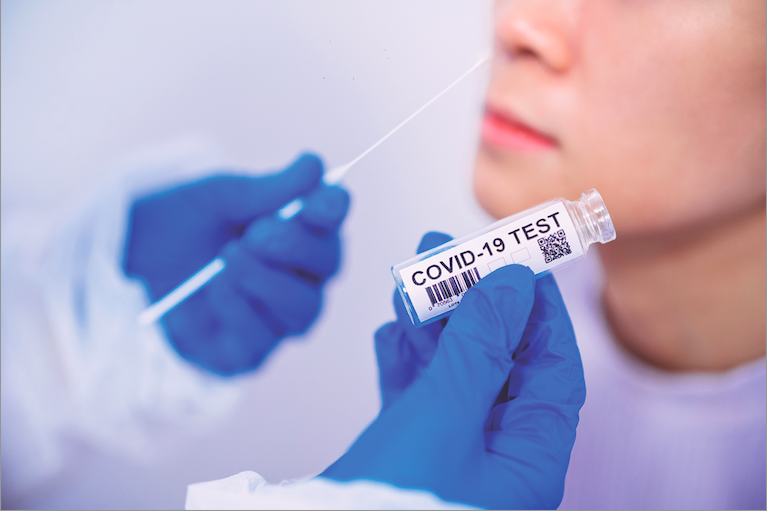 Hochul: More than 20 million COVID-19 tests to be deployed across state through spring to bolster ongoing preparedness efforts

√ State will establish precautionary stockpile of at least 20 million tests

Gov. Kathy Hochul announced more than 20 million over-the-counter coronavirus tests will be distributed across the state through the spring to bolster New York's ongoing preparedness efforts.

"As we've seen throughout the pandemic, test kits are a critical tool in the fight to stop the spread of COVID-19 and prevent exposure to others," Hochul said. "While our numbers remain low, now is the time to ramp up the distribution of tests and build up our stockpile so we can bolster our preparedness for the future to protect our communities, and safely move forward through this pandemic."

Hochul’s team said the state will continue to provide over-the-counter test kits to nursing homes, adult care facilities, and schools, and will partner with elected officials for continued distribution to the public, during the next few months to identify new COVID-19 cases and keep New Yorkers safe.

This includes 1 million tests to schools outside of New York City every other week until the end of the school year. New York City no longer receives state distributions because it has sufficient test kits to get through the year.

A press release stated, “At-home tests have proven to be an invaluable tool for identifying cases and protecting our communities; they were responsible for finding at least 15,000 positive cases among students and staff the week after the winter break alone.”

In addition to these continued distributions, the state is increasing distribution points for test kits. The state will partner with mayors, county executives, members of Congress, borough presidents and state legislators across New York to increase access to tests for the general public. And the state will coordinate distribution of 1.74 million tests to the NYC Housing Authority tenants, enough for each household to receive four tests. An additional 500,000 tests will be made available to various food banks and senior centers throughout the state, based on request.

The press release stated, “Ahead of the omicron surge in late 2021, Gov. Hochul and her team identified the need to secure over-the-counter test kits to combat the omicron surge, providing regular distributions to the general public, prioritizing schools and adult care facilities across the state.

“Of the more than 90 million tests procured, approximately 20 million tests have been stored to help prepare for any potential surges later this year.”

State Division of Homeland Security and Emergency Services Commissioner Jackie Bray said, "This winter, Gov. Hochul got test kits into New Yorkers hands to combat the omicron surge. These kits helped keep all of us safe by identifying cases early so that New Yorkers could take action to stop the spread. Our team at DHSES will continue to distribute millions of additional test kits to New Yorkers this spring to help us identify future infections and interrupt transmission early, and will maintain the state's stockpile of this essential tool in case of a future surge."

State Health Commissioner Dr. Mary T. Bassett said, "Testing has been a critical tool to curb the spread of COVID-19, and the state continues the important work of getting test kits to New Yorkers. The distribution of rapid tests has been a hallmark of Gov. Hochul's winter surge plan, and testing continues to help our classrooms, workplaces and communities at increased risk stay healthy and safe. If New Yorkers have had COVID-19 exposure, experience symptoms, or have recently traveled, they should take advantage of these free at-home tests being distributed statewide thanks to the hard work of our partners at the New York State Division of Homeland Security and Emergency Services."

NYS Association of Counties Executive Director Stephen J. Acquario said, "Expanding access to over-the-counter test kits is a key part of our strategy to return to normalcy during the COVID-19 era. While getting vaccinated is still the best way to protect against COVID-19, testing is another important tool to prevent the spread of infection so we can safely return to work, school, and social activities. We commend Gov. Hochul for continuing to lead New York state through this new phase of the pandemic and providing our residents with the tools they need to keep themselves and their communities safe."

New York State Conference of Mayors Executive Director Peter A. Baynes said, "NYCOM greatly appreciates Gov. Hochul leading this proactive partnership with local government leaders throughout New York. Public health measures, such as this expansion of test kit deployment, work best when they are done in a coordinated fashion with municipalities, as they are the government closest to the people. Mayors will continue to work hand-in-hand with the governor in all ways that will protect the health of New Yorkers."