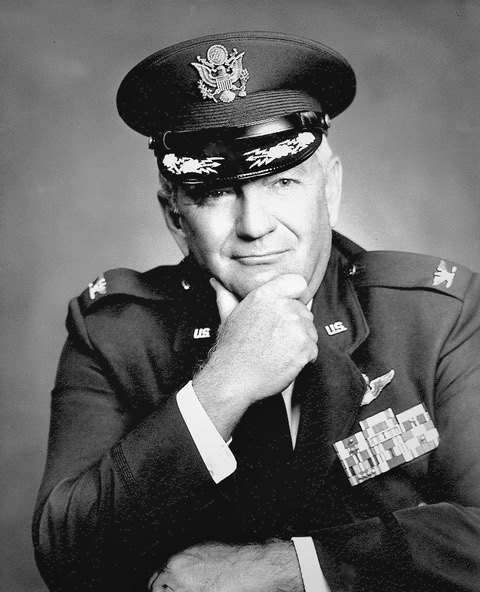 Col. Bruce Sutherland was a beloved community leader and volunteer. He also loved the sport of golf and was an accomplished and respected player. To celebrate his life, the Historical Association of Lewiston and the VFW Downriver Post 7487 are organizing a golf tournament in his name to raise money for two of his favorite causes: the Lewiston Museum and the VFW scholarship fund. The tournament will take place May 16 at the Niagara Frontier Golf Club in Youngstown. There will also be a putting contest with $1,000 in prize money.

Volunteers have begun working behind the scenes for a fundraising golf tournament celebrating the life of Col. Bruce R. Sutherland. Sutherland, a former Village of Lewiston deputy mayor, was an esteemed community leader who passed away in December. Proceeds will go to two organizations he actively volunteered for and supported: the Historical Association of Lewiston and Lewiston Museum, and the Veterans of Foreign Wars Downriver Post 7487 scholarship fund.

"Bruce loved golf and participated in many tournaments,” said Ken Slaugenhoupt, a friend and volunteer colleague. “He'd be very proud knowing a golf tournament was being memorialized in his name as part of an effort to support two civic organizations close to his heart."

The tournament will be held Monday, May 16, at the Niagara Frontier Golf Club, 1058 Lake Road, Youngstown. Registration begins at 10 a.m., with lunch at 11 a.m., and a shotgun start at noon. Dinner and awards will follow.

To play, the donation is $140 per golfer. Individual golfers are welcomed and will be assigned to teams looking for extra players. The price includes green fees, carts, lunch, dinner and refreshments on the course. A driving range and putting greens will be open for participants to practice. For those looking to attend the dinner only, the donation is $35.

A unique aspect of the tournament includes a $1,000 putting contest that everyone can join, both golfers and non-golfers alike. The event is sponsored by Deal Realty and the Simonson family.

"Putt-putt golf has never been so exciting or rewarding," said Tom Deal of Deal Realty. "This is something everyone can play. Whether it’s skill or luck, everyone who sinks a 35-foot putt will walk away with some cash."

Donation is $20 for four putts. Everyone who sinks a putt will share equally in the $1,000 cash giveaway. If only one person makes the putt, he/she will walk away with the entire $1,000. Players can enter as many times as they want. The more you putt, the better your chances.

One of the key aspects of the fundraising tournament is the sponsorship program that invites individuals and businesses to participate. Sponsors will be recognized at the lunch and dinner, and also through signage throughout the golf course and club house. There are several sponsorship levels, ranging from $100 to $3,000. Those interested in sponsorship can call tournament director Slaugenhoupt at 716-870-0081 to discuss opportunities.

Dinner sponsorship is $3,000 and includes two foursome teams (eight players), along with name and logo on the dinner tables, advertising and tee sign.

Luncheon sponsorship is $2,000 and includes one foursome team (four players), along with name and logo on the luncheon tables, advertising and tee sign.

Colonel sponsorship is $1,000 and includes one foursome team, advertising and tee sign.

Players and/or sponsors interested in participating can call the Lewiston Museum at 716-754-4214 for more information or to register over the phone. Registration forms for players and sponsors can also be found online at www.historiclewiston.org. Info and forms can also be obtained by emailing [email protected].

A Lewiston native, Sutherland attended Lewiston-Porter and excelled at sports. He married his high school sweetheart, Jacqueline "Jackie" Foss, on Aug. 24, 1968. Sutherland graduated from Niagara County Community College, and the State University of New York at Geneseo, with a degree in biology. He also obtained a master's degree in management from the University of Southern California.

After college, Sutherland joined the Air Force and enrolled in officer training school where he became a pilot. During his decorated 26-year Air Force career, Sutherland and his family were assigned to far-flung locations across the U.S. and world, including the Philippines and Panama. He flew aircraft including the T-37, C-130, the B-1 bomber and the B-52 Stratofortress. His military service culminated in his promotion to colonel and his appointment as wing commander at Dyess, a major Air Force base in Abilene, Texas, which is part of the Global Strike Command. After retiring from the Air Force, Sutherland became a captain for a major airline.

He and Jackie returned to Lewiston in 2002 and Bruce became active with several civic organizations, including the Lewiston VFW Downriver Post 7487. He was the highest-ranking veteran in Lewiston history and led the effort to establish a scholarship fund. 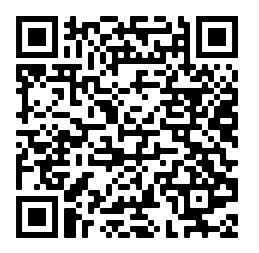 If your phone is enabled, just point your phone’s camera at this code and you’ll be able to download the golf tournament registration form that has player and sponsor information. Just forward it to your email or printer directly and print out the form. Questions on how to participate or help? Just call the Lewiston Museum at 716-754-4214.