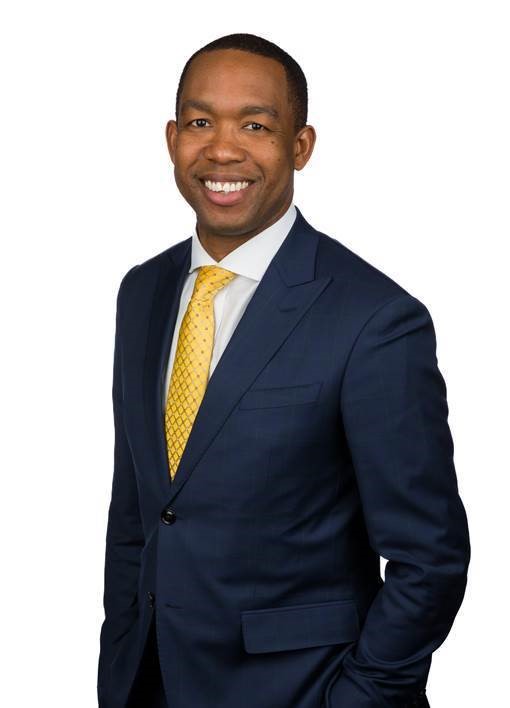 The Canisius College board of trustees on Friday announced Steve K. Stoute, J.D., vice president for strategic initiatives and chief of staff at DePaul University in Chicago, was named the institution’s 25th president. He will begin his tenure on July 1.

Stoute was selected following a 10-month nationwide search led by a 15-member presidential search committee representing the college’s constituencies. Appointed by the board of trustees, the search committee was led by Frank M. Lazarus, Ph.D., and assisted in the process by AGB Search.

Stoute joined DePaul, the largest Catholic university in the U.S., in June 2018 to serve as chief of staff. He also has served as vice president for strategic initiatives since June 2020. In his role, Stoute served as the university president’s senior adviser. His responsibilities include facilitating the implementation of the university’s strategic plan, leading transformative institutional projects, as well as serving as administrative liaison to the board of trustees on key executive and strategic matters.

“We were extremely impressed with President-elect Stoute’s experience and accomplishments,” said Martin J. Berardi, Class of 1979, chair of the college’s board of trustees. “He is an exceptional leader who will bring a vision and passion for Canisius College and Catholic, Jesuit higher education here in Western New York.”

Stoute will succeed President John J. Hurley who announced his retirement after serving 12 years as president and 25 years overall at Canisius.

“Presidential transitions are important moments in the life of a university,” Hurley said. “I’m confident that Steve Stoute will bring fresh perspectives to the challenges and opportunities in front of us, and form a new strategic vision that will build on the fundamental strengths of Canisius and secure an even brighter future for us.”

Stoute said, “I believe in the transformative power of Catholic higher education, because that is my life story. At this moment in our history, Canisius College is being called to transform our city, region, country and world by educating the next generation of leaders – individuals who are equity-minded, justice-oriented and values-centered. I am excited to engage all our constituents and collaborators in Western New York and beyond, to answer that call, with the knowledge that our Jesuit, Catholic mission and values will be our guide on the journey.”

The Rev. Joseph M. O’Keefe, SJ, provincial of the USA East Province of the Society of Jesus, said, “President-elect Steve Stoute brings a breadth of experience in higher education to Canisius College, an important ministry of the Society of Jesus. He is a man of deep faith who will contribute greatly to the Catholic, Jesuit, Ignatian mission of the college. I look forward to working with him in the coming years.”

An attorney, Stoute previously worked as an associate specializing in corporate and securities matters at Dechert LLP in Philadelphia. His higher education experience includes work at Princeton University, first as an assistant director of the Princeton Varsity Club in the department of athletics and later as a capital giving officer in the office of development. He was the life skills coordinator in the department of athletics at the University of Southern California.

An active alumnus, Stoute previously served on Seton Hall’s board of regents and currently serves as a member of the Penn Law Alumni Society board of managers.

Stoute and his wife, Alison, will move to Buffalo with their two daughters, Isabelle and Genevieve.

Canisius College is one of 27 Jesuit colleges in the nation.