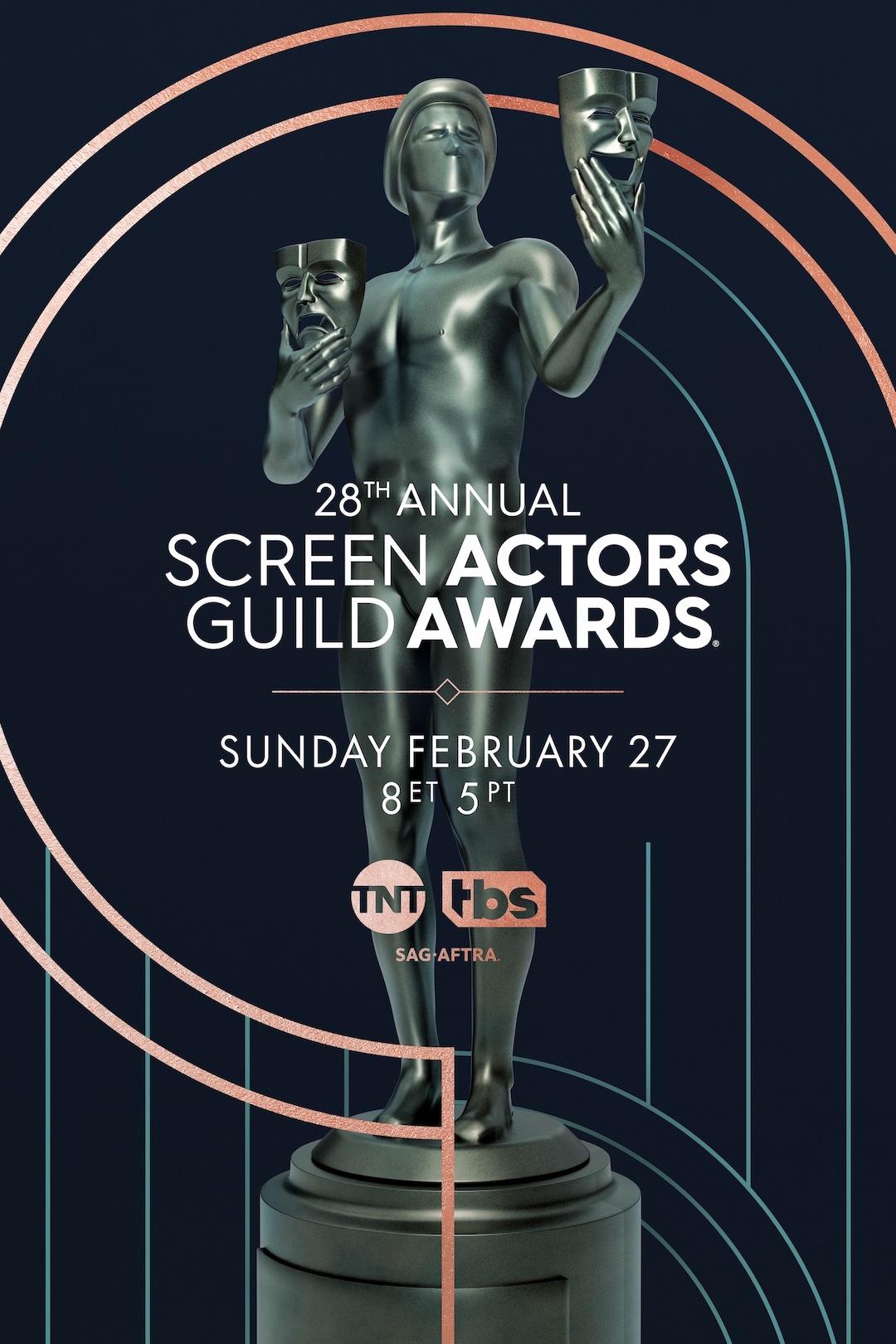 The SAG Awards will be nationally simulcast live on TNT and TBS on Sunday, Feb. 27 (8 p.m. ET / 5 p.m. PT), from The Barker Hangar in Santa Monica. For the first time, the ceremony will be available the following day on HBO Max.

The 28th Annual Screen Actors Guild Awards, presented by SAG-AFTRA with Screen Actors Guild Awards LLC, will be produced by Avalon Harbor Entertainment Inc. and will be simulcast live on TNT and TBS. For the latest updates, follow the SAG Awards on social (Facebook, Twitter, Instagram and TikTok), online at sagawards.org, or join the conversation by using the official hashtag #SAGawards.