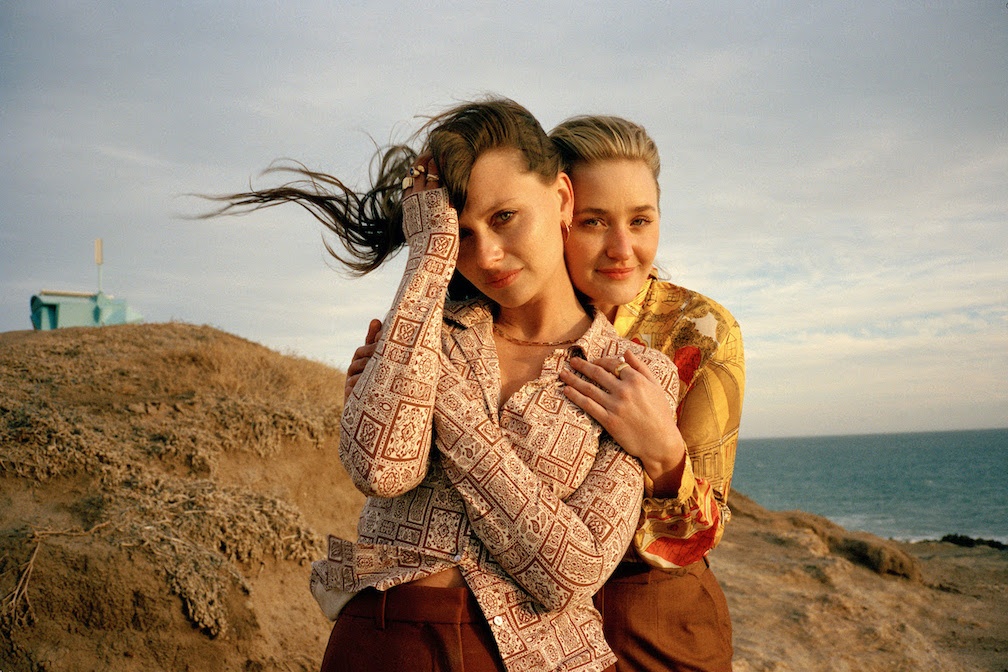 On Friday, Aly & AJ dropped the deluxe edition of their 2021 album and critical darling “a touch of the beat gets you up on your feet gets you out and then into the sun,” adding four new songs to an LP, their team said, “rich with southern Cali warmth.”

New additions “Get Over Here” (a vibey and primal ode to fresh romance) and “Dead On The Beach” (one of their rawest performances to date, inspired by a real-life near-death experience faced by AJ in the summer of 2020) showcase the sonic and emotional breadth of a record that last year Vogue called the “feel-good album of the summer”.

The appearance follows acclaim for their latest album from The Fader (“Aly & AJ just keep winning”), Line Of Best Fit (“an exceptional record that rounds off what’s been a triumphant return”) and V Magazine (“proves that they’re still just as badass”). The deluxe edition LP drop comes in advance of an upcoming U.S. tour (featuring The Brummies as support), as well as performance spots at The Governors Ball and BottleRock.

Of the release, Aly & AJ said, “We feel so compelled to just keep putting music out right now. We feel incredibly close to this material, and these four songs form an emotional core to the album in their own right. They’re the emotional underside to this body of work.”