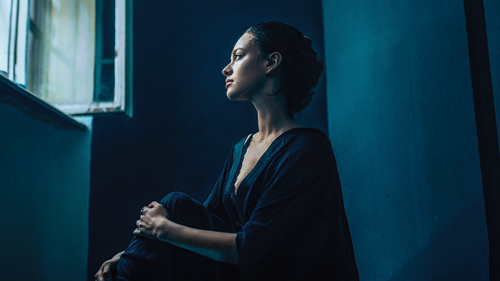 A University at Buffalo researcher is among the co-authors on a recent paper that reveals how loneliness during the COVID-19 pandemic has affected American women over the age of 70.

The study of more than 27,400 Women’s Health Initiative (WHI) participants ranging in age from 71 to 104 shows that loneliness increased among women when measured during the early months of the pandemic compared to when they were surveyed a few years before the pandemic began. This increase in loneliness and loss of social connections – which the research team called a “silent epidemic” – has resulted in worsening mental health.

“We are only beginning to understand the many ways the pandemic has impacted our health, including emotional health and well-being. The elderly may especially feel a sense of loneliness and isolation. The longer-term effects of loneliness remain to be understood,” said study co-author Jean Wactawski-Wende, Ph.D., SUNY Distinguished Professor and dean of the School of Public Health and Health Professions at UB, who has served as principal investigator on UB’s Women’s Health Initiative Center for more than 25 years.

The findings were published in December in the Journals of Gerontology. Joseph Goveas, M.D., of the Medical College of Wisconsin, is first author.

The study relied on data collected from WHI participants who completed surveys, which included a scaled-down version of the UCLA Loneliness Scale, from 2014-16 and between February and October 2020. Studies prior to the COVID-19 pandemic indicated that more than 40% of Americans 60 and older were lonely, with women expressing more loneliness than men. This WHI study was able to use survey data collected pre-COVID from the same women in the early months after the pandemic spread across the United States.

The WHI dataset includes one of the largest and most diverse cohorts of older women available – the average age of women in this study was 83 – which created a unique opportunity for researchers to examine changes in loneliness scores from pre-pandemic times to the early months of the pandemic. They also looked at factors associated with changes in loneliness and how those changes impacted mental health.

In this study, 19% of women reported clinically significant depressive symptoms during the pandemic. There were also significant increases in loneliness during the early months of the pandemic compared to prepandemic levels. In fact, while only 10% of women reported severe loneliness scores from 2014-16, that figure rose to 19% during the pandemic, and the increase was more pronounced in women age 70 and older. In addition, a lack of in-person communication was associated with increased mental health symptoms like depression, stress and anxiety.

During the early months of the pandemic, nearly 47% of study participants reported living alone. And while 80% said they communicate every day or several times a week with people outside their home, 25% reported that the communication occurred less often than before the pandemic, and only 39% were staying in touch with others by speaking in person.

Interestingly, the study reports that women of color – specifically, Black and Asian/Pacific Islander – reported decreases in loneliness during the pandemic compared to before.

This can likely be attributed to having more social connections and support available relative to white people. For example, a pre-COVID study found that white people are more likely than Black people to live alone, have limited social contact and be childless.

Other factors that led to improved loneliness scores included drinking alcohol in moderation (in this case, fewer than four drinks per week), increased physical activity and cultivating positive psychological attributes such as optimism or purpose in life.

The researchers suggest finding ways to help older Americans, especially those over the age of 80, embrace and adapt to digital technologies that can enable them to keep in touch with friends and family. In this study, more than 90% of participants stayed in touch with loved ones via telephone, while just one-third used video calls.

Wactawski-Wende reported that several other papers from that survey are underway and will be released in the coming months. In addition, a second survey was sent to the same women in July through December 2021. Data from the follow-up survey will look at the longer-term effects of the pandemic in these women. Findings from that survey should be available later this year.