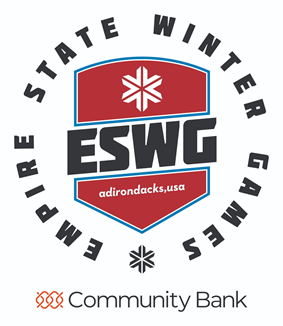 The 42nd Empire State Winter Games (ESWG) Torch Relay kicks off Jan. 29 from two starting points, Buffalo and New York City, as the start of its six-day, 700-mile journey that will culminate in Lake Placid for the opening ceremony of the Feb. 3-6 Games. Opening appearances include New York City’s famed Times Square and Buffalo’s Lighthouse Park. The torch relay will be welcomed by dozens of communities along the two routes that will merge at the event site.

Along with visits to sponsor Community Bank locations, the torch relay is expected to involve up to 50 communities, schools, sports clubs, mascots, arenas and other venues, as the ESWG flame wends its way east and north.

Organizers said, “In connecting three corners of New York state, the relay symbolizes a unifying spirit and resilience as the ESWG returns following a year’s absence due to the worldwide pandemic.”

Upon the torch’s arrival in Lake Placid, plans are to take it for a ride down the village’s popular toboggan run and carry it via ice skater on frozen Mirror Lake, where 1980 Winter Olympics medal ceremonies were held, to the opening ceremony on the public beach.

ESWG Athlete of the Year Amanda Demmerle, 18, figure skater from Camillus and the Cortland Figure Skating Club, will light the flame as the Games officially commence the night of Thursday, Feb. 3 – the same day the 2022 Winter Olympics in Beijing open halfway around the world, with Empire State Winter Games alumni competing.

Competition begins the next day. The ESWG, the largest multisport amateur athletic winter sporting event in North America, is expected to draw around 2,000 athletes competing in more than 30 events in Lake Placid, Saranac Lake, Tupper Lake, Paul Smiths and the surrounding area.

Registration is still open for participants. Visit empirestatewintergames.com. One does not have to be a resident of New York to participate in the Empire State Games, and most sports are open to all levels. Connect with the Games on www.EmpireStateWinterGames.com, Facebook.com/ESWGames, Instagram.com/ESWGames and Twitter @ESWGames.

Organizers said it is requested and encouraged that all participants, their family members, officials, volunteers and vendors be fully vaccinated on or before the dates of the event. In the event a person is not vaccinated, they will be required to be masked at all times. Masks are required at all indoor venues, regardless of vaccination status.