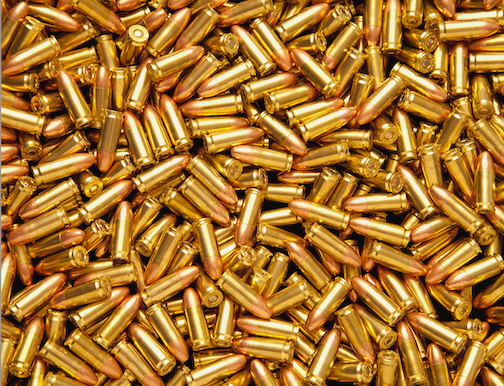 Gov. Kathy Hochul on Monday announced the first meeting of the new Interstate Task Force on Illegal Guns, including a partnership with Mayor Eric Adams and the New York City Police Department, will take place on Wednesday. The Interstate Task Force on Illegal Guns will bring together law enforcement officials from nine northeastern states to tackle the urgent issue of illegal guns, which are contributing to violence and crime in New York and across the region.

"We have a moral obligation to do everything we can to fight the scourge of illegal guns on our streets," Hochul said. "Too many lives have been lost because of illegal firearms that should never have been on our streets. By convening law enforcement officials from across the region, we can share intelligence and strategies that stem the flow of illegal guns and keep New Yorkers safe."

Lt. Gov. Brian Benjamin said, "Getting guns off our streets is the most important moral imperative of our time. Gov. Kathy Hochul and I are taking serious action to end gun violence in our state, starting with stopping the flow of guns to New York by way of the Iron Pipeline. Addressing the public health crisis that is the gun violence epidemic will take the utmost teamwork between the state, our localities, the federal government, and our community groups. The governor and I stand ready to work in close coordination with all parties to bring a sure and swift end to the violence and fear plaguing New Yorkers and their families."

The Interstate Task Force on Illegal Guns, first announced during Hochul's 2022 State of the State address, will convene on Jan. 26 at the New York State Intelligence Center (NYSIC). The agenda will include setting up the information-sharing consortium and crime analysis centers, as well as ways to share intelligence, tracing tools, strategies and tactics across jurisdictions while partnering with prosecutors and law enforcement agencies in each region.

“Data already show the ways in which interstate gun trafficking is causing chaos and disorder in New York. According to the New York State Police's Criminal Gun Clearinghouse, a total of 1,074 illegal guns were recovered last year. Preliminary statistics from NYPD show a total of 4,473 illegal guns were traced from out-of-state sources, with most coming from southern states like Georgia, South Carolina and Florida.”