Mike was born in Niagara Falls and moved to Grand Island as a teenager. He was a graduate of Grand Island High School and received his associate’s degree from Erie County Community College.

Mike was a proud veteran of the United States Army and National Guard, serving two tours in Afghanistan and in New York City at Ground Zero following the 9/11 attacks. After 21 years of dedicated service, Mike was honorably discharged and retired with the rank of sergeant first class. He was awarded multiple citations and medals, including the Afghanistan Campaign Medal, Combat Action Badge, Combat Spur, Campaign Star Medal, National Defense Service Medal, Global War on Terrorism Service Medal, NATO Medal, Army Service Medal, and the Conspicuous Service in the State of New York Medal.

Mike was an avid fan of the New York Yankees and the Buffalo Bills. He enjoyed bowling and cooking and was known for his great sense of humor. Above all, Mike enjoyed spending time with his children.

Arrangements by M.J. Colucci & Son Niagara Funeral Chapel; visit www.mjcoluccifuneralchapel.com for online condolences. In lieu of flowers, memorials may be made to Disabled American Veterans at www.secure.dav.org. 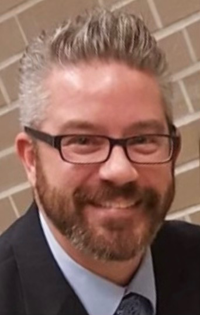