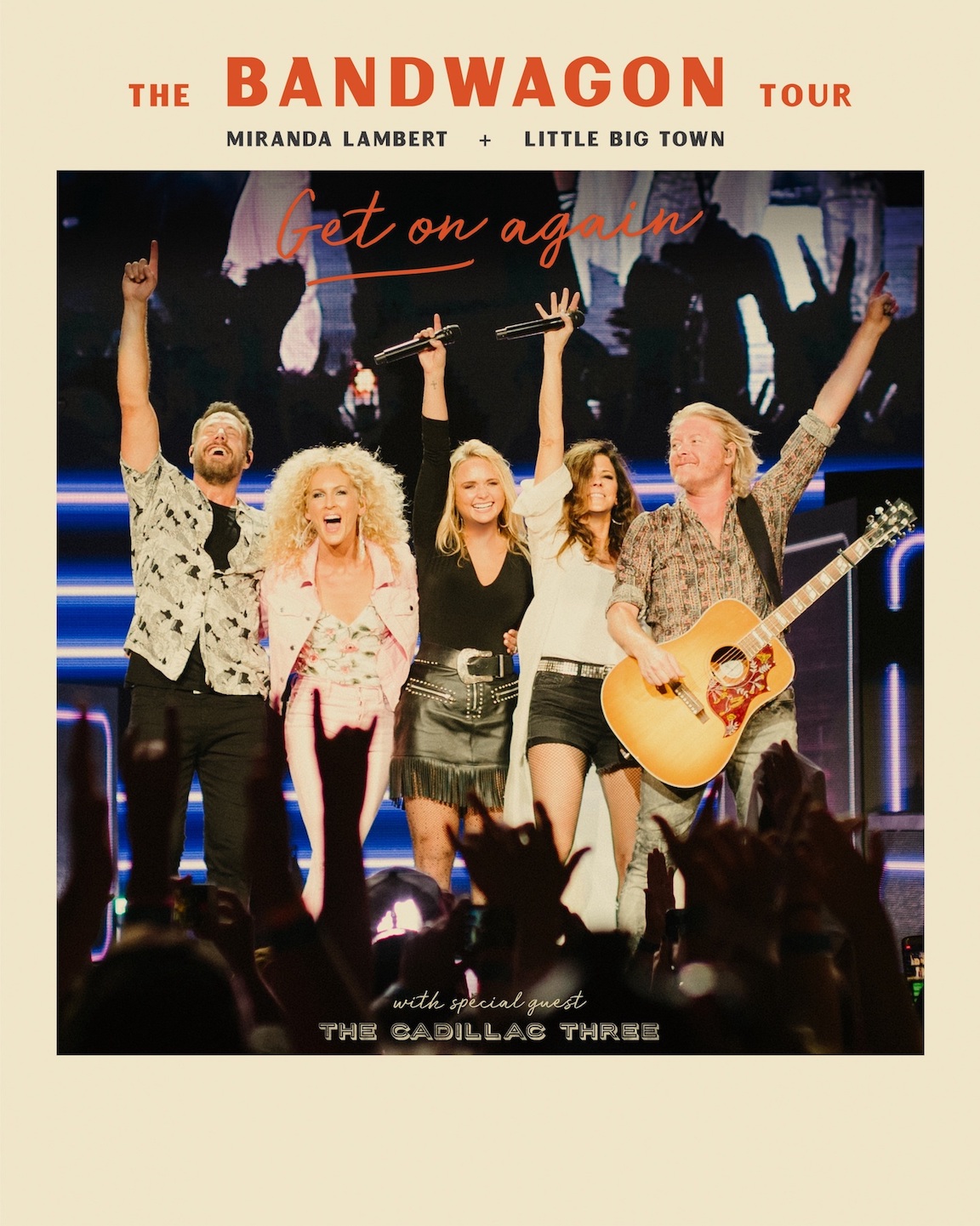 Country music superstars and multi-Grammy, CMA and ACM Award-winners Little Big Town and Miranda Lambert will join forces to co-headline this spring’s “The Bandwagon Tour,” a reincarnation of 2018’s co-headlining run of the same name, which earned rave reviews from Pollstar, CMT, The Tennessean and others.

The joint tour produced by Live Nation, featuring The Cadillac Three as support on all dates, visits 15 cities beginning Friday, May 6 in Houston. Tickets go on sale at 10 a.m. Friday, January 14, at LiveNation.com.

Citi is the official card of The Bandwagon Tour. Citi cardmembers will have access to presale tickets beginning at noon today through the Citi Entertainment program. For complete presale details, visit www.citientertainment.com.

Both critically acclaimed artists in their own right, together Lambert and Little Big Town tout a combined 43 ACM Awards, 23 CMA Awards and seven Grammy Awards. Lambert’s latest single, “If I Was A Cowboy,” is currently climbing the charts at country radio while her recent collaborative project, “The Marfa Tapes,” is nominated for a Grammy and was named among 2021’s best by American Songwriter, Billboard, LA Times, Rolling Stone, TIME and Vulture.

Little Big Town is currently back in the studio and will release their 10th studio album later this year. This record follows the No. 1 country album “Nightfall” (released in 2020), which includes singles “Over Drinking,” Grammy-nominated “The Daughters” and “Wine, Beer, Whiskey.” It was also nominated for the Grammy Award for Best Country Album and received rave reviews from The Wall Street Journal, Entertainment Weekly and Paste Magazine, among others. Billboard editors describe the band as reaching “substantive emotional richness that few groups can touch” on the album.

Little Big Town – consisting of members Karen Fairchild, Phillip Sweet, Kimberly Schlapman and Jimi Westbrook – first entered the music scene over 23 years ago, making them one of the longest running bands in the history of country music with all original members, no breaks and no hiatus. They have released nine studio albums throughout their career, four of which reached No. 1 on the country albums chart (“The Reason Why,” “Tornado,” “The Breaker” and “Nightfall”). The band will open for The Eagles this summer in Europe. For more information, visit www.LittleBigTown.com.