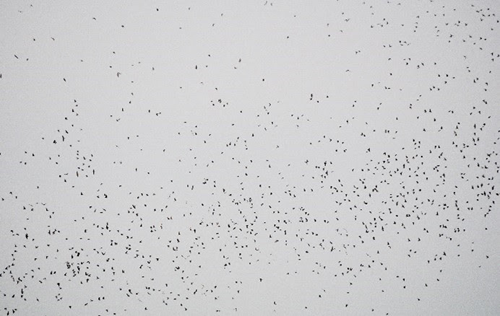 U.S. Environmental Protection Agency, the New York State Office of Parks, Recreation and Historic Preservation, and New York State Department of Environmental Conservation announced purple martins are returning to a 13.5-acre marsh near Buckhorn Island State Park, in the Town of Grand Island. Along with several additional habitat projects, approximately $5.5 million of Great Lakes Restoration Initiative (GLRI) funding has gone toward restoring and protecting the marsh habitat. Rock reefs have been established to prevent erosion, and extensive vegetation has been planted in the marsh, known as Grass Island.

“This is one of the thousands of great habitat restoration projects supported by the Great Lakes Restoration Initiative,” said EPA Region 5 Administrator and Great Lakes National Program Manager Debra Shore. “That is why funding from the ‘Bipartisan Infrastructure Law’ is so meaningful. It adds an additional $1 billion to accelerate restoration and protection efforts across the Great Lakes.”

New York State DEC’s Niagara River Area of Concern Coordinator Mark Filipski said, “Large numbers of purple martins annually arrive and spend one to two weeks roosting within the Niagara River Area of Concern, specifically at Grass Island, before migrating to South America. This is a local phenomenon, which indicates the importance of this unique habitat along their migration path. The available habitat, and opportunity to feed, is necessary to the survival of these birds.”

A sentinel species, purple martins are common birds, but their numbers declined by about 1% a year between 1966 and 2015 – a cumulative decline of 37%, according to the North American Breeding Bird Survey. In 2019 and 2021, U.S. Fish and Wildlife Service and NYS DEC installed four nesting structures at Beaver Island State Park. In June, purple martin eggs or nests were confirmed in 94 of the 96 nesting areas. Plans are now underway to install two more nesting structures.

GLRI funding is restoring and protecting habitat for purple martins to nest and feed, increasing energy reserves before their long-distance migration. The health of the purple martin indicates that water quality, benthic habitat and the integrity of the lower food chain is improving in the Niagara River Area of Concern.

The GLRI was launched in 2010 as a non-regulatory program to accelerate efforts to protect and restore the largest system of fresh surface water in the world. 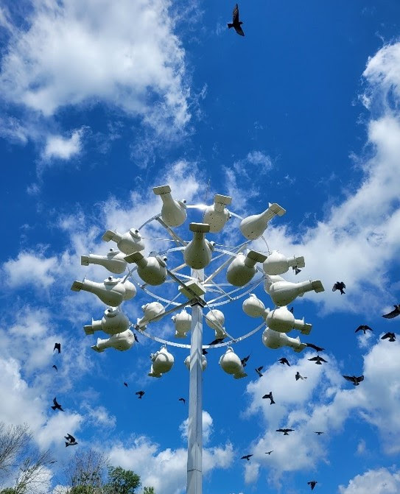