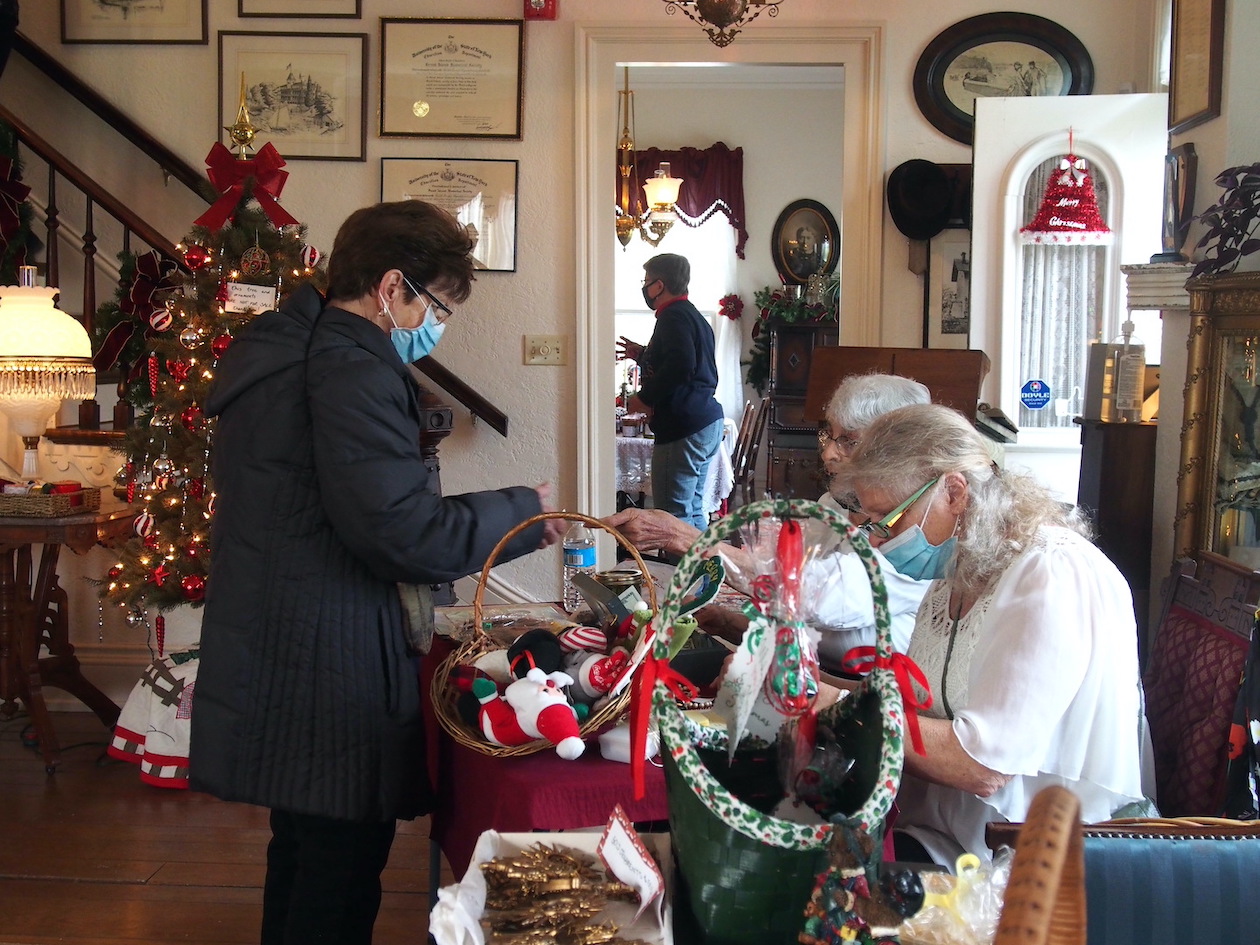 Shoppers enjoy the personal service offered at the Christmas store in River Lea.

The turnout at the Grand Island Historical Society’s open house at its museum, River Lea, in Beaver Island was better than expected, said Curt Nestark, president of the society.

He said the county’s mask mandate had no effect on attendance at the event, which was held Dec. 3-5. It was the first Christmas open house at River Lea since 2019, before the museum was shut down.

Everyone who visited or worked as volunteer docents “wore masks and was happy to be there and that the museum was open to them,” Nestark said, adding the event attracted approximately 30 to 40 visitors per day.

He commented that “lots of people who had never been (inside River Lea) visited the house” and that, among the visitors were young adults who had toured the house as part of the annual fourth grade tour of Grand Island.

The Christmas sales were also successful, said Nestark, who added, “We sold out of cookies.”

One of the highlights of the open house was Jean MacDonald’s donation of a painting that she made in the 1970s.

“It is a plein air painting of the Bedell House. It is framed and beautiful,” Nestark said.