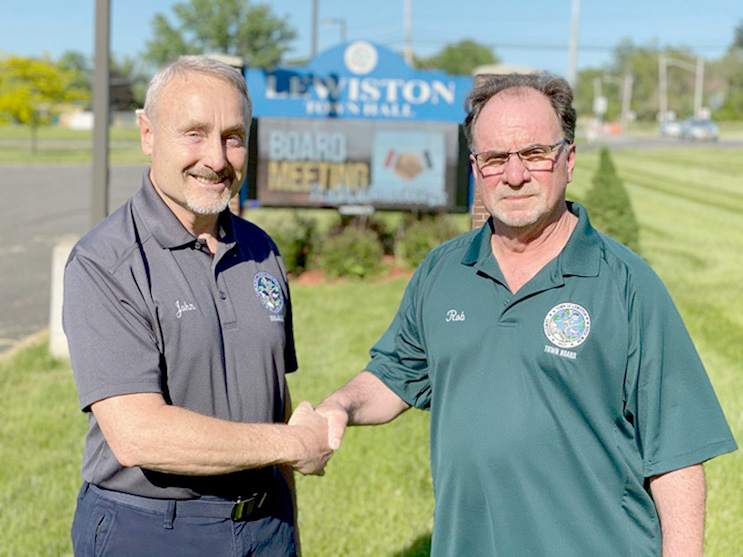 Monday evening’s Lewiston Town Board work session was somewhat low-key, with Supervisor Steve Broderick absent and a number of town officials attending the meeting via Zoom.

However, there was some news from the session. It was learned that incumbent John Jacoby, a popular one-term board member, was declared the ultimate winner in the November election following a ballot recount and a court-monitored final determination triggered by a computer error.

Initial results from the Nov. 3 count revealed Jacoby, who ran on the Democratic/Working Families lines, lost the race to Republican candidate Steve Boddecker by 78 votes.

A recount was initiated. A rescan of the ballots initially found Boddecker won the race by 18 votes, which prompted a second look, according to another media report. However, upon a further review of discrepancies of the ballot scans, which involved an analysis of how the ballots were filled in by voters, State Supreme Court Justice Frank Sedita III determined Jacoby won the election by 25 votes.

“On election night I lost by 78 votes; after the ballots were recounted I was down by 19. … As about 11 a.m. this morning (Tuesday) I won a second four-year term on the Lewiston Town Board,” Jacoby said on his Facebook post. “Special thanks to Amy Witryol and Diane Perri Roberts, who alerted us to the confusion that some voters experienced!”

Broderick said Boddecker had informed him earlier that he completed the sale of his Lewiston home and was in the process of moving out of town. Boddecker did not contest Sedita’s final decision.

In other news from Monday’s session:

•Robert Lannon of GHD Consulting Services Inc. said he submitted a proposal to conduct a townwide drainage study and was seeking board approval to move further.

“I’m not asking that any board action be taken tonight; but I’ve submitted for your collective review,” Lannon said.

No action was taken, with further discussion expected at the board’s final audit/year-end meeting on Thursday, Dec. 30.

“They are completing the bore under the CSX railroad as we speak, and they hoping that last segment will be done by the end of this week, weather-permitting,” Lannon said.

“They requested the Town Board authorize GHD … to initiate a long-form SEQR review,” Morreale said.

The board went on to approve the matter without comment.

Morreale also reported the Planning Board reviewed a conceptual plan and rezoning request for a planned unit development requested by LMK Associates LLC on a property located at Northridge Drive and Ridge Road. Morreale requested the board approve a public hearing on the matter, to be held at 6 p.m. Dec. 30 at the board’s final regular meeting.

“The rink has been busy; we’ve done some repairs,” Dashineau said. He noted 800 masks have been distributed to users and visitors.

•Jacoby reported LPD Capt. Joshua Caine completed his final day with the department on Dec. 10. He sought board approval for the promotion of LPD part-time officer Colin Cain to full-time. The latter’s name was taken from the Civil Service list.

The board approved the move.