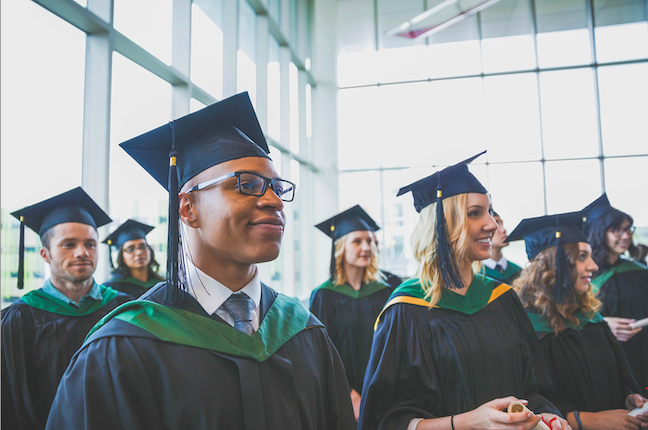 Rich Family Foundation, the philanthropic arm of Rich Products, has announced a $1 million grant to the Say Yes Buffalo Endowment Campaign. The gift, which will be distributed over the next five years, directly removes financial barriers to thousands of Buffalo public and charter high-school graduates who seek to earn a certificate, associate’s or bachelor’s degree. And it doubles the foundation’s previous donation to Say Yes – a five-year grant of $500,000 awarded in 2016.

Announced in 2018, the Say Yes Buffalo Endowment Campaign aims to raise $100 million by 2023 to secure the availability of Say Yes post-secondary scholarships and grants in perpetuity. Thanks to an anonymous challenge grant matching $1 for every $3 contributed to the campaign, Rich’s $1 million pledge will bring the campaign $1.33 million closer to its ultimate goal.

“Building the next generation of leaders in Buffalo is among Rich Products’ core values, and I can think of no better way to live our purpose than through our ongoing partnership with Say Yes Buffalo,” said Bill Gisel, executive vice chair of Rich Holdings. “Say Yes has created a path to higher education for so many young people in the Buffalo community, and we are proud to support its critical work not only through funding but through hands-on mentoring.”

Say Yes Scholar interns have gained on-the-job experience in various areas at Rich’s Buffalo headquarters, from human resources to data analytics. In addition, a number of Rich’s associates have volunteered as Say Yes mentors, working one-on-one with students in the program.

Since Say Yes Buffalo’s launch in 2012, the nonprofit has supported more than 8,000 Buffalo Public Schools students, including more than 2,000 collegebound Say Yes scholars. The high school graduation rate has increased 27 percentage points, to 76%, and 23% more students have gone on to college.

“We are honored to have such a wonderful partner in the Rich Family Foundation,” said David Rust, Say Yes Buffalo’s CEO. “They wholeheartedly support the mission of our organization and have done so for many years. Not only do they support with their financial contributions, they double down by investing an even more valuable resource of time in committing to the nurturing and development of our students through our mentoring and internship programs. And it doesn’t stop there, Bill Gisel has made a multiyear commitment to serve on our board of directors and is an integral part of our organizational strategy and direction. Our sincerest thanks and appreciation to the Rich Family Foundation for their continued support.”

Rich’s, also known as Rich Products Corp., is a family-owned food company dedicated to inspiring possibilities. From cakes and icings to pizza, appetizers and specialty toppings, its products are used in homes, restaurants and bakeries around the world. Working in 100 locations globally, with annual sales exceeding $4 billion, Rich’s is “a global leader with a focus on everything that family makes possible.”

Launched in 2012, the Say Yes Buffalo partnership is a community collaboration dedicated to strengthening the city’s public school system and increasing high school and postsecondary graduation rates. Comprised of the Buffalo Public School District, City of Buffalo, Erie County, the Buffalo Teachers Federation, the District Parent Coordinating Council and more than 100 other funders and community-based organizations, the partnership is made possible by the collaboration and generosity of Western New York individuals, families, businesses and organizations. For more information, visit www.SayYesBuffalo.org.