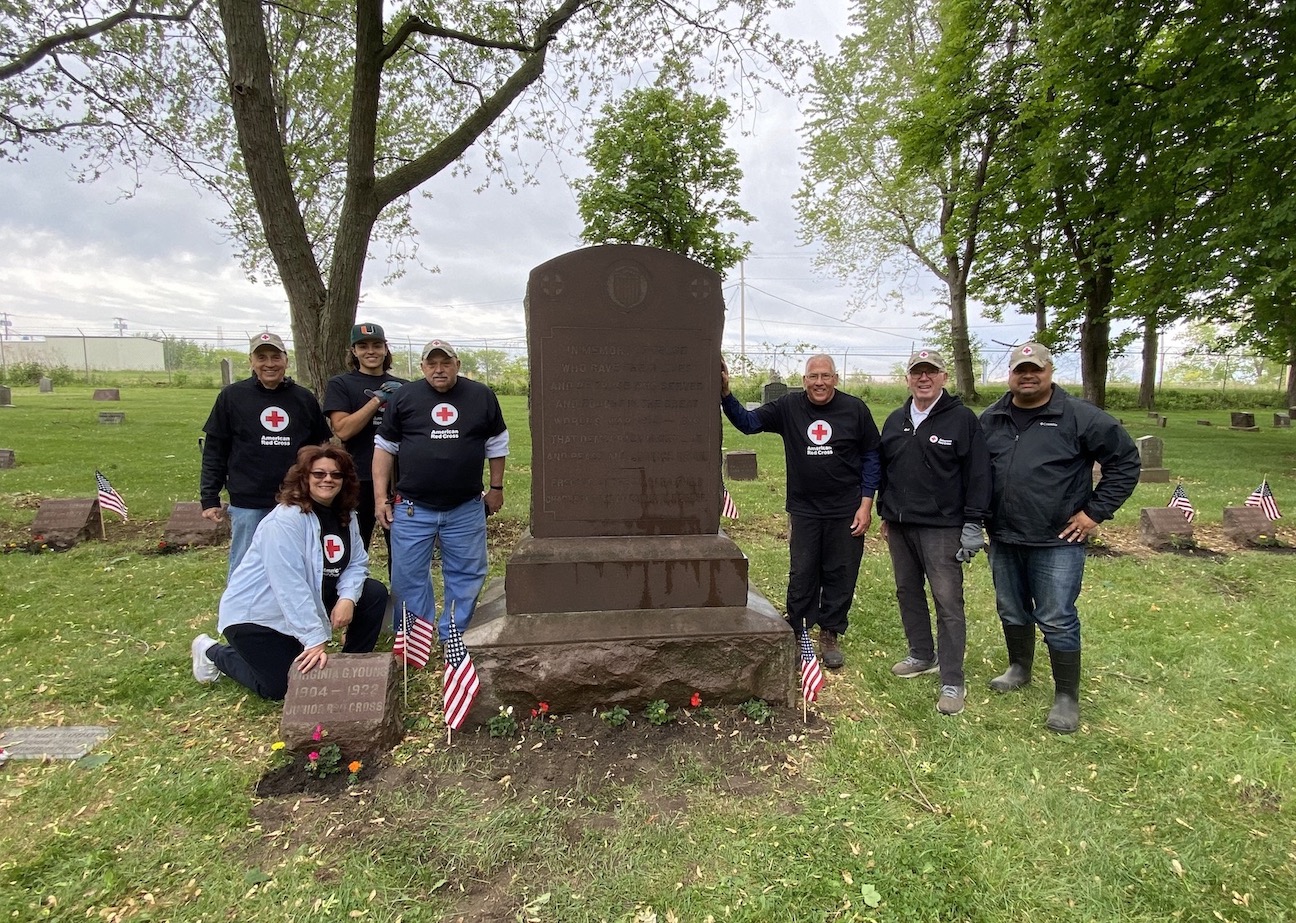 A Wreaths Across America event is planned for Saturday at Riverdale Cemetery in Lewiston. (Submitted photo)

Gone, but not forgotten: American Red Cross of WNY to honor unclaimed WWI veterans with Wreaths Across America dedication

Submitted by the American Red Cross

At noon on Saturday, Dec. 18, members of the American Red Cross of Western New York Service to the Armed Forces Committee will participate in their first national Wreaths Across America dedication at Riverdale Cemetery in Lewiston.

For Lisa Taibi, regional program manager of Services to the Armed Forces (SAF) and International Services for the American Red Cross Western New York Region, it was an ironic intersection of personal and professional life that has provided an opportunity for the Red Cross community to honor dozens of World War I veterans who had gone unclaimed by family at their time of death.

The genesis of the recognition of veterans interred at Riverdale can be attributed to a huge coincidence. A resident of Niagara Falls, Taibi was visiting the graves of family members buried at Riverdale several years ago when she noticed a large monument just a stone’s throw away. Investigating for the first time, she was surprised to see that it was an American Red Cross monument, along with dozens of grave markers.

“I have family buried in Riverdale Cemetery, so I'm in the cemetery often,” Taibi said. “I walk around and look at stones not far from my family’s stones, and I came across this big Red Cross monument. This was when I actually worked for the Niagara Falls chapter of the American Red Cross. I remember going back, taking a picture of it, going back to my executive director at the time, saying, ‘Hey, what is this all about?’ ”

Neither she nor the executive director chapter were able to find any information about the monument, which dated to the early 1900s. Taibi tabled her interest for a while to focus on the demands of her SAF duties. It was not until last spring, when the period of isolation due to COVID-19 got her thinking about how to engage her board and volunteers in a community-based project, that she took action.

“We hadn’t been able to do a lot of in-person things, so I was thinking about what we could do that would be outdoors for Memorial Day and it hit me: This monument popped back into my head,” she said.

A coworker had connections at Riverdale Cemetery, and Taibi reached out to ask if there was any information on how the Red Cross got involved with WWI veteran graves and the monument. They were able to produce some limited information that documented the former Niagara Falls chapter made the purchase in the early 1900s. Apparently, the Red Cross purchased 85 gravesites, but not all are filled.

“There are 47 headstones, and they list the name, the date of birth, the year they died, the branch of service they were in, and their military rank. And then, of course, this big monument explaining what these graves were,” Taibi explained.

The SAF committee embraced the opportunity to recognize the veterans. As a Memorial Day project, they purchased flowers and flags to mark the graves, and scrubbed headstones, making a huge improvement in appearance as many burial sites appeared not to have been attended to in decades.

The Memorial Day activities and the placement of holiday wreaths symbolize the commitment of the Red Cross Service to the Armed Forces (SAF) program to America’s military community. While perhaps not as widely known as the Red Cross blood services program or disaster relief services that provide assistance on national and regional levels, the Red Cross SAF program holds a congressional charter to provide the direct link of communication between the active-duty service member and their family at home.

However, as Taibi stated, the Red Cross commitment to military members and their families extends far beyond.

“Our mission is to support our veterans, in any way that we can. We have a continuum of care that begins the day they're sworn into active duty, throughout their military career, as they transition back into the civilian world, and we stay with that veteran until the day they die,” she said. “We have volunteers that participate in the No Veteran Dies Alone program at the VA, where if there's a veteran actively dying and they have no family, we have volunteers who sit with that veteran until the veteran passes – because they don't want that veteran to die alone. We truly stay with the veteran throughout their entire life, from the moment they go off to boot camp until literally the day they die.”

The American Red Cross shelters, feeds and provides comfort to victims of disasters; supplies about 40% of the nation's blood; teaches skills that save lives; distributes international humanitarian aid; and supports veterans, military members and their families. The Red Cross is a nonprofit organization that depends on volunteers and the generosity of the American public to deliver its mission. For more information, visit redcross.org or CruzRojaAmericana.org, or follow on Twitter at @RedCross.