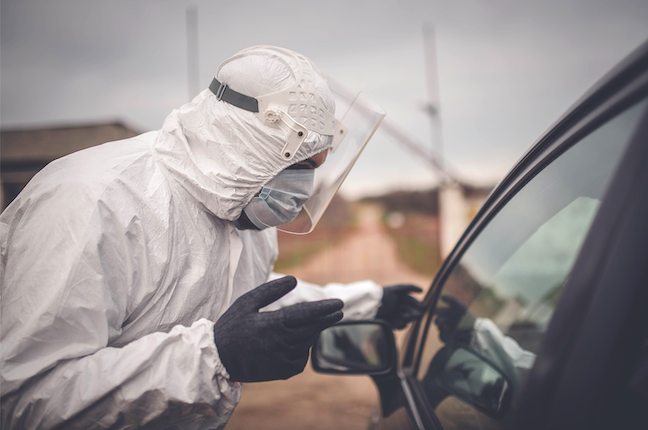 Submitted by the New York State Association of Counties

At its December meeting, the board of directors of the New York State Association of Counties (NYSAC) on Thursday discussed the ongoing fight against the COVID-19 pandemic, and how best to work with the state to tailor response actions to the needs of local communities. The NYSAC board, which includes county leaders from every part of the state, discussed the widely varying rates of vaccinations, positive cases, hospital capacity, and death.

“The regional differences in positive and hospital rates is remarkable. Western New York and the Finger Lake regions are reporting their most dire numbers since the pandemic began,” NYSAC Executive Director Stephen Acquario said. “As has been true since the beginning of this pandemic, counties are the tip of the spear in responding to the virus, and today we discussed what our members are seeing on the front lines and what we’ll be looking for from the state."

With the state’s regional control boards being reengaged Friday, NYSAC leaders noted that in the coming days they’ll be calling for:

√ Rapid PCR tests for nursing homes, schools, residents and the community at large;

√ Deploying National Guard troops from lower impacted COVID-19 regions of the state; and

Though more than two thirds of the counties do not have such as declaration of emergency in place, according to an informal survey of counties conducted this week, that could change in the coming weeks.

His concern was echoed by Cattaraugus County Health Director Dr. Kevin Watkins who noted that “the delta variant has shown itself to be very virulent,” and joined other county leaders in their concern about the potential impact of the new omicron variant, which has only just been detected in New York.

Despite the remarkable differences in communities across the state, one thing remains consistent: County public health officials have taken the brunt of this pandemic. Local department of health staff members have extreme fatigue and are tired and overworked, they have been cursed at and threatened, and they need reinforcements.

“After 20 long and weary months fighting COVID, rather than chocolates and candies, give our local health workers the gift they truly need: Get vaccinated, get boosted, and wear a mask in crowded spaces,” said NYSAC President Marte Sauerbrey, the chairwoman of the Tioga County Legislature.

Acquario said, “Combatting COVID remains a tense and vexing challenge for those responsible for protecting the public. Our chief elected officials must make decisions in real time, and these decisions can be unpopular but necessary to protect the public. We will continue to work together to share ideas and build consensus on how we can work most effectively with our partners in state government to manage this latest surge and new variant with as little disruption to our lives and economy as possible."

The New York State Association of Counties is a bipartisan municipal association serving all the counties of New York state, including the City of New York. Organized in 1925, NYSAC's mission is to represent, educate, serve and advocate for member counties and the elected and appointed county officials who serve the public. For more information, visit www.nysac.org.