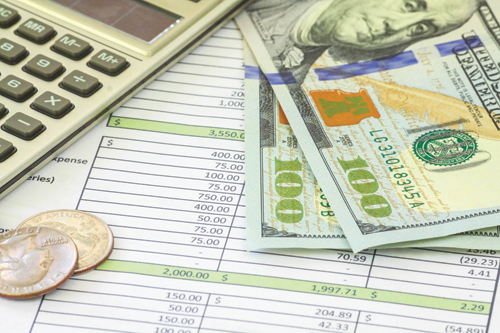 All across the media spectrum, reports show that Americans are most concerned about current economic conditions. There is a great feeling of unease as the pandemic lingers on and a rise in inflation, the likes of which we have not seen in a generation or more, drives up costs on families. I can’t tell you how many conversations I have had of late about how much people paid for a gallon of gas.

This is why I have always been a staunch believer that those in government must treat every dollar we spend as if it were coming out of our own wallet. So, with that said, Niagara County right now is deep into our budget process, with the tentative budget having been released last week. I stress tentative because the final vote is not until mid-December.

As it stands right now, the proposed budget would reduce the tax rate by 4.4% per $1,000 of assessed valuation. We would be at the lowest rate at least since Niagara County moved from a Board of Supervisors to a legislature form of government 50 years ago. The overall budget stays under the tax cap for the 11th straight year, something that we have worked very hard to maintain.

The frustrating part about our county budget is that so much of it is dictated by unfunded state mandates. Thirty years ago, then-County Legislator and proud Lewiston resident Lee Simonson was a leader on behalf of all county governments in calling out New York state on unfunded mandates. This is when the state requires counties to provide some service without providing any funding for that service and/or to pay for some service without having any control over how the funds are spent. Sadly, this practice continues.

The New York State Association of Counties (NYSAC) even launched an advocacy effort on this issue, called the “9 for 90 Campaign.” This effort highlights the fact that just nine state mandates could potentially consume 90% or more of county property tax levies statewide. In Niagara County, these nine mandates account for nearly $74 million of our total tax levy of $88 million, which is 92%.

But that is something we have no choice to deal with, which is why we continue to be very cautious in our budget. This year, we continue to maintain a fund balance equivalent to 6% of our budget, as well as $200,000 in a contingency fund. We always want to be in a position where we can weather the unexpected, as happened during the beginning of the pandemic last year.

Thankfully, our sales tax revenue has continued to rebound from the pandemic. Niagara County business activity has been increasing throughout 2021 and we expect to see that continue next year. The budget plans for a $2.9 million increase in sales tax revenue – about 4%.

As I stated, this is just the tentative proposal. The public can view the entire tentative budget at https://www.niagaracounty.com/Departments/Management-Budget. There will then be a series of public hearings on each section of the budget on Dec. 7 at the Niagara County Courthouse in Lockport beginning at 5:10 and running right up until the legislature meets at 6 p.m. The budget is voted on at our meeting on Dec. 14.