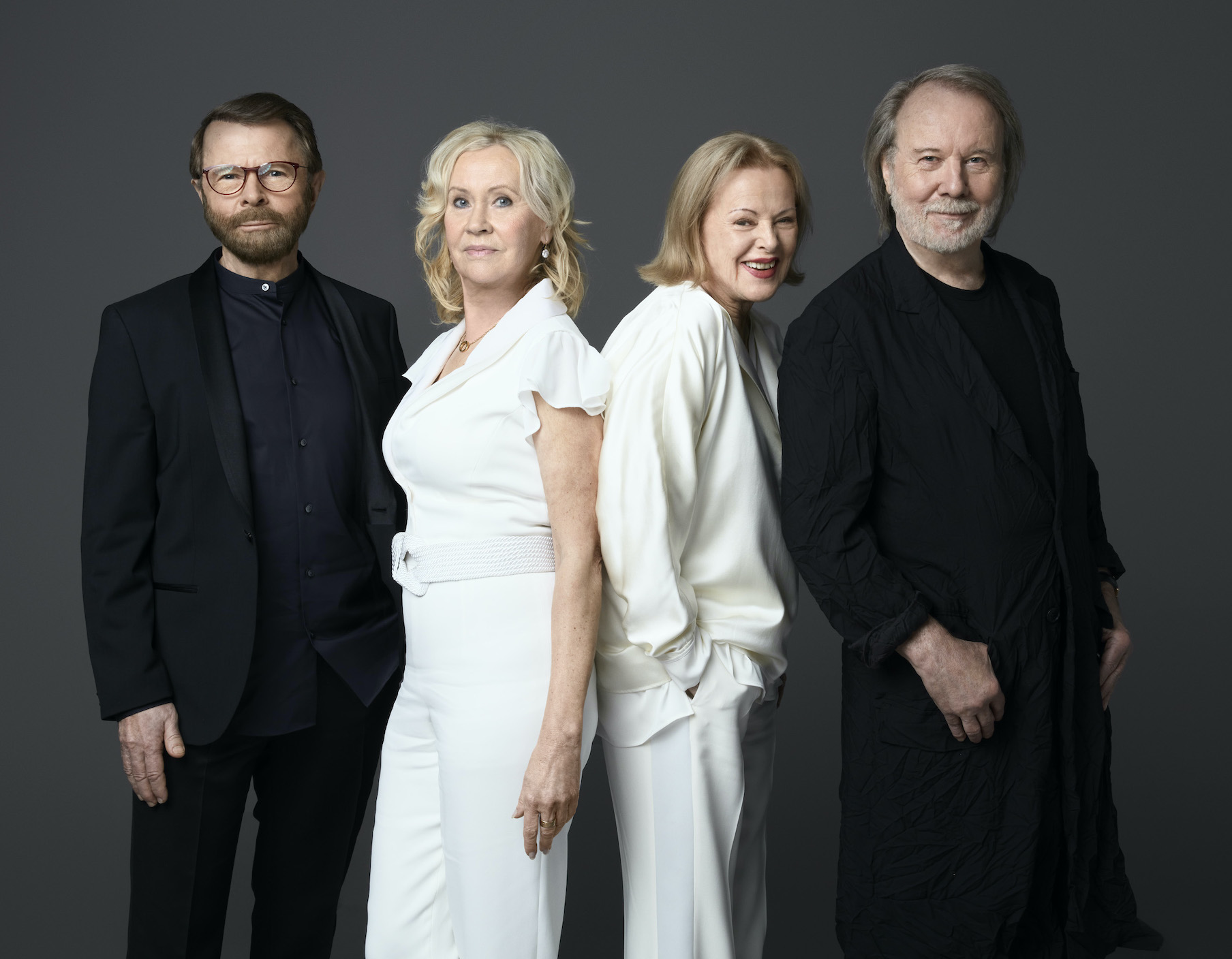 ABBA, one of the most successful pop groups of all time, continued to make music history this week, as Agnetha, Björn, Benny and Anni-Frid returned to the top of global charts with the release of “Voyage,” their first studio album in nearly 40 years.

“Voyage” debuted at No. 1 on album charts in 18 countries, breaking multiple sales and chart records worldwide. The album, released on Universal Music Group on Nov. 5, achieved worldwide sales in excess of 1 million copies in its first week, and has received more than 190 million combined streams to date.

Speaking on the early success of “Voyage,” ABBA said, “We are so happy that our fans seem to have enjoyed our new album as much as we enjoyed making it! We are absolutely over the moon to have an album at the top of the charts again.”

√ “Voyage” achieved worldwide sales in excess of 1 million copies in its first week, and has received more than 190 million combined streams to date.

√ The album achieved multiple Gold and Platinum certifications around the world.

√ “Voyage” is the biggest international debut of the year in Japan, Germany, Australia and France.

√ In the U.K., “Voyage” became ABBA’s 10th No. 1, and their first to top the Official Albums Chart in 40 years. It is 2021’s fastest-selling album to date and registered the biggest first week sales in four years (203,909). It is also the fastest-selling vinyl release of the century.

√ In Germany, in reaching No. 1, “Voyage” was certified Platinum with first week sales of 205,000, making it the highest international debut in in six years.

√ In the U.S., “Voyage” debuted at No. 1 on the Top Albums chart, as the band achieved its biggest debut. ABBA also claimed the highest sales week in 2021 for a group. 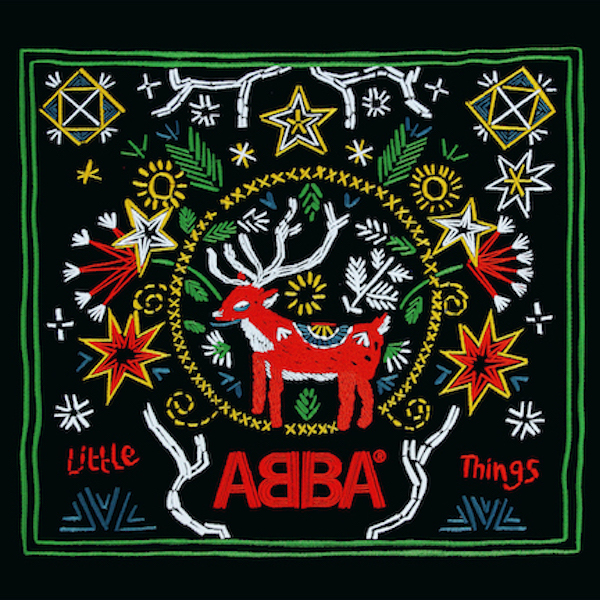 “Voyage” is ABBA’s first studio album since “The Visitors,” which was released Nov. 30, 1981, hitting the No. 1 spot in the U.K., Sweden and five other countries. That came nearly five decades after the band’s debut album, “Ring Ring,” released in 1973.

As with all previous ABBA studio albums, “Voyage” was written and produced by Benny Andersson and Björn Ulvaeus, their arrangements and lyrics complemented through the unmistakable and timeless vocals of Agnetha Fältskog and Anni-Frid Lyngstad. Much of the programming and mixing was undertaken by Benny, with the album also featuring the Stockholm Concert Orchestra.

The new album saw the four members of ABBA head back into Benny’s studio Riksmixningsverket in Stockholm over a four-year period to record the 10 songs that feature on the album. These include “I Still Have Faith In You” and “Don’t Shut Me Down,” the first two songs to be recorded in these new sessions.

Earlier this week, ABBA announced details of its first Christmas single, “Little Things,” which will be released on CD through Universal Music Group on Friday, Dec. 3. Taken from “Voyage,” “Little Things” is a gentle reflection on the joy of Christmas morning and family time around this special time of year.

The arrival of “Voyage” on the global charts has also seen an increase in listening across ABBA’s catalog, with several albums returning to charts as fans have reengaged with their timeless catalog of songs.

Next year will see the opening of “ABBA Voyage,” the revolutionary concert that will see Agnetha, Björn, Benny and Anni-Frid as digital avatars at their very own purpose-built “ABBA Arena” at Queen Elizabeth Olympic Park in London, performing a set-list of ABBA’s greatest hits along with two songs from “Voyage”: “I Still Have Faith In You” and “Don’t Shut Me Down,” alongside a 10-piece live band.

“ABBA Voyage” is directed by Baillie Walsh (“Flashbacks of a Fool,” “Being James Bond,” “Springsteen and I”), and produced by Svana Gisla (“David Bowie Blackstar/Lazarus,” “Beyoncé and Jay Z for HBO,” “Springsteen and I”) and Ludvig Andersson (“And Then We Danced,” “Yung Lean – In My Head,” “Mamma Mia! Here We Go Again”). Tickets for “ABBA Voyage” are on sale now from abbavoyage.com.

With nearly 400 million albums sold worldwide, 17 No. 1 hits and over 16 million weekly global streams, ABBA is one of the world’s most successful music acts of all time. Ever since their breakthrough with “Waterloo” back in 1974, ABBA’s music has captured the hearts of people all over the world. Today, the songs they created – written and produced by Benny Andersson and Björn Ulvaeus and interpreted vocally with passion and commitment by Agnetha Fältskog and Anni-Frid “Frida” Lyngstad – are regarded as an important part of the international music canon.

In the 21st century, ABBA is more popular than ever. “ABBA Gold,” originally released in 1992, recently passed its 1,000th week on the U.K. Album Chart, the first album in history to reach this milestone. Content using the #ABBA hashtag on TikTok recently reached 1 billion views, without the catalogue officially being available on the platform. 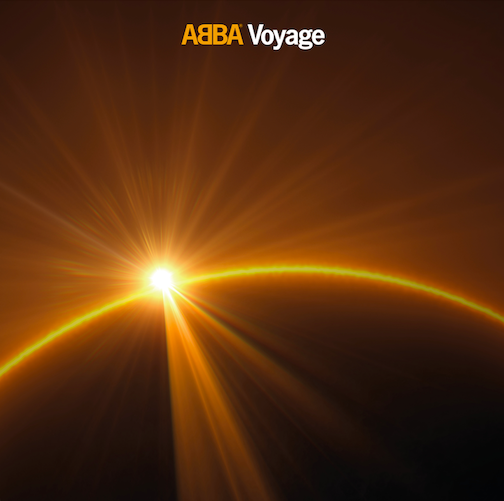