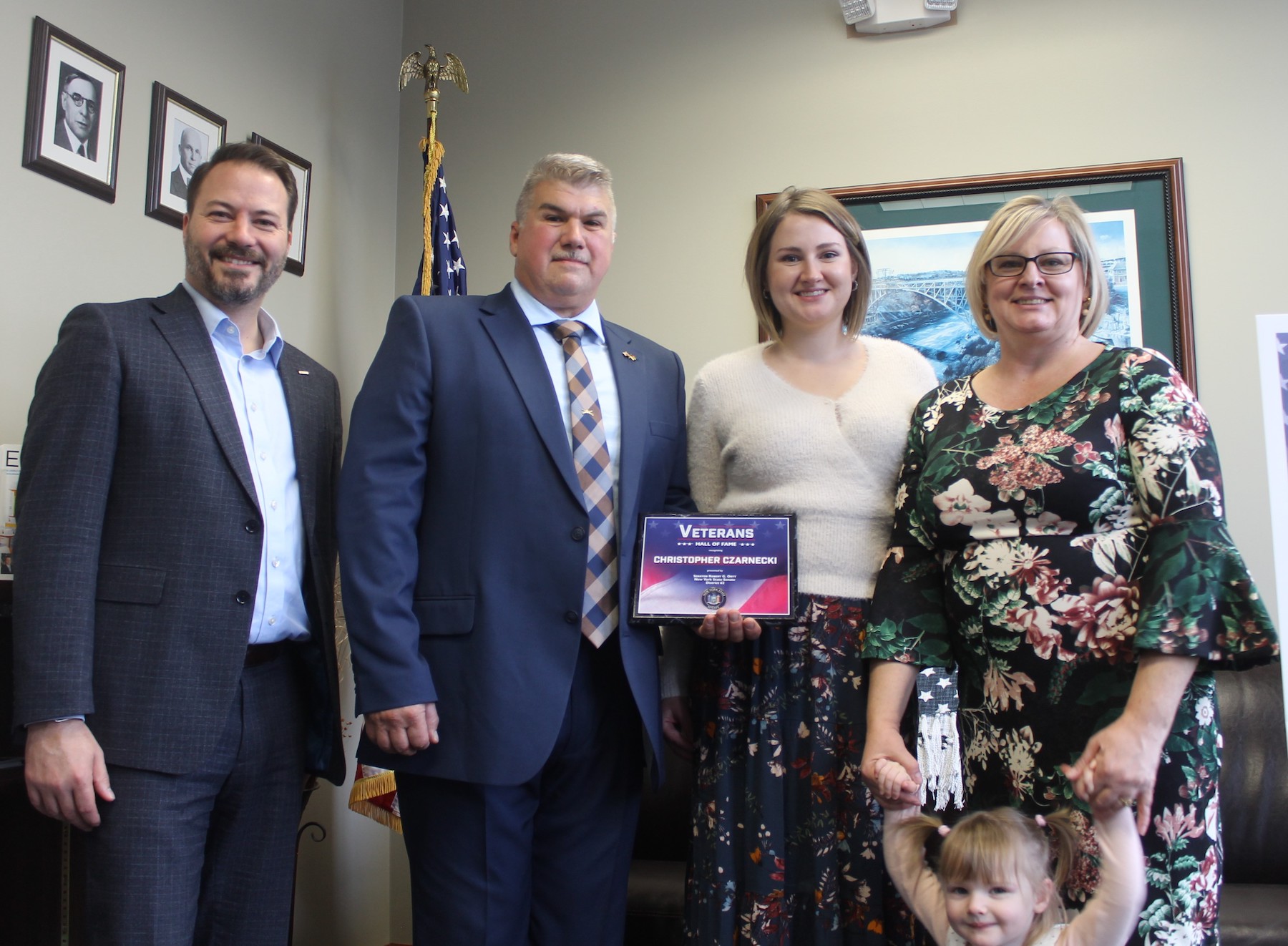 Each year, the Senate hosts a program where senators from across the state are afforded the opportunity to recognize a local veteran and their service to this nation.

Command Sgt. Major (CSM) Czarnecki enlisted in the U.S. Army in 1984, serving first with the U.S. Army Reserves and then the U.S. Army National Guard. In 1997, Czarnecki competed in the NYS Noncommissioned Officer (NCO) of the Year Competition, winning the honor for the 42nd Infantry Division.

During his time in the service, Czarnecki has been deployed for several operations. These operations include serving as a section sergeant at Ground Zero in New York City, conducting security as a platoon sergeant for the U.S. Military Academy at West Point in Operation Noble Eagle, and serving with the U.S. Border Patrol along the Arizona/Mexico border in Operation Jump Start. From 2008-09, Czarnecki was a cavalry first sergeant for A Troop 2-101 in Operation Enduring Freedom in Kandahar, Afghanistan.

Czarnecki’s service has not been limited to overseas. He served as a first sergeant in relief operations during Hurricane Irene and Hurricane Sandy in New York City, and as senior NCO adviser for the 152nd brigade engineer battalion and senior safety NCO for COVID-19 pandemic operations.

“For nearly four decades, CSM Czarnecki has honorably served our nation, both in foreign conflicts and here at home,” Ortt said. “I was proud to serve with CSM Czarnecki, where he courageously fought to bring safety, security and democracy to the people of Afghanistan in Operation Enduring Freedom. His distinction as a soldier is matched by his excellence as a citizen, husband and father. During times of need, our state and our nation have been able to call on him, and today, we recognize his service with his induction into the NYS Senate Veterans Hall of Fame.”

Czarnecki is a member of the Association of the U.S. Army and the United States Cavalry & Armor Association. He is the father of three daughters, has two sons-in-law, a granddaughter, and has been happily married to his wife, Carrie, for 29 years.