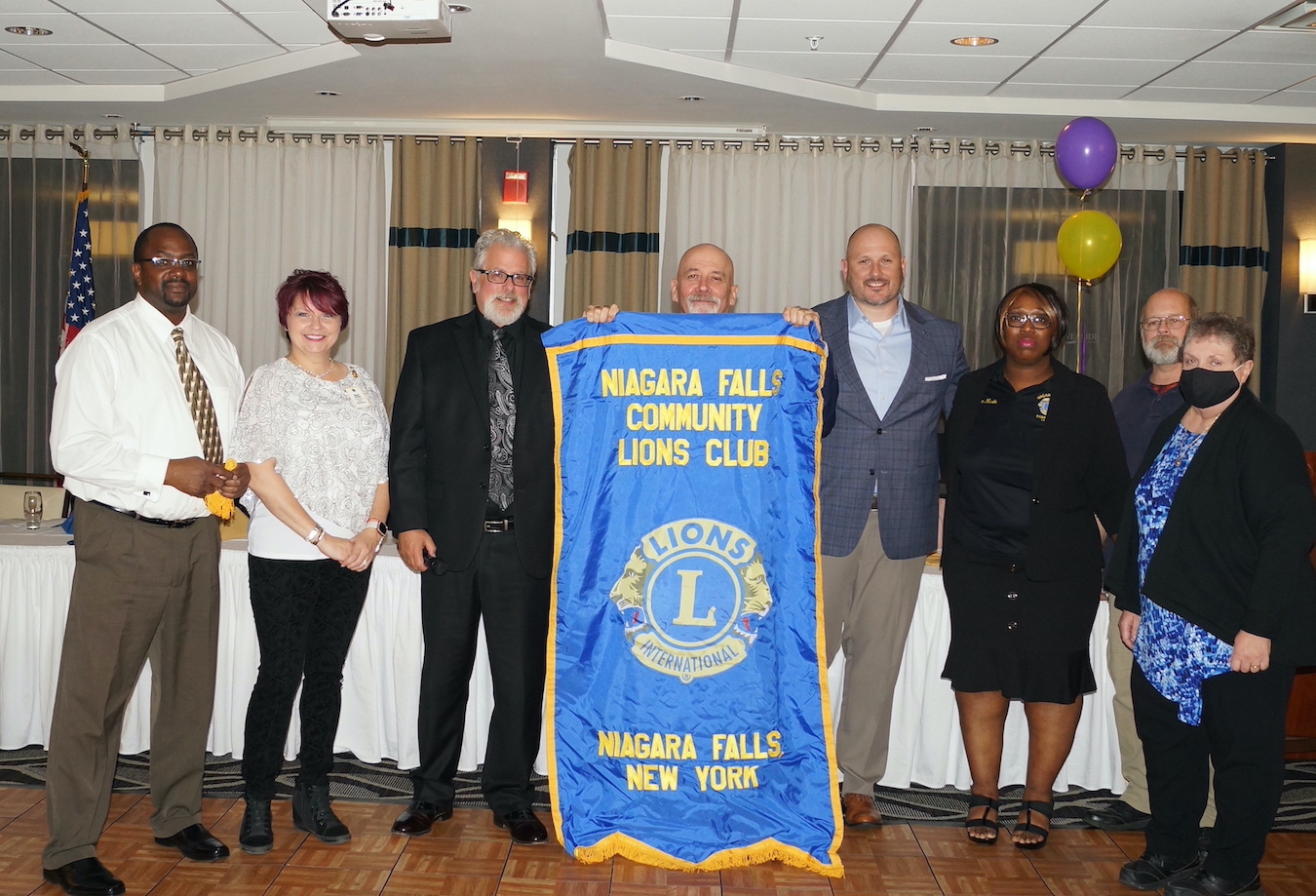 The Niagara Falls Community Lions, founded more than 18 months ago, celebrated its charter night at the Niagara Riverside Resort earlier this month. During the event, the club was presented with its official charter certificate, which was signed by all its membership in attendance.

“This celebration was a long time coming. The club was officially chartered in February of 2020 but, due to the COVID-19 pandemic, the celebration event was postponed until now,” President Lion Rob Nichols said. “We look forward to partnering with the City of Niagara Falls and community on upcoming service projects.”

In attendance were Lions from across the Western New York district, including sponsoring club the Tonawanda Erie Canal Gateway Lions, and Lions from Angola, East Aurora, Grand Island, Kenmore, Lewiston, Newfane, Town of Niagara, Wilson and Youngstown. The celebration was supported by members of the City of Niagara Falls community. Past District Gov. Regina Cecconi served as the master of ceremonies.

Lions clubs work within the community focusing on service activities such as vision, hunger, diabetes, childhood cancer, and the environment – in addition to addressing individual humanitarian and unique, local community needs.

The New York State Lions Convention will be held in Niagara Falls in May 2022, where Lions from across the state and Bermuda will be in attendance.

Those interested in learning more about the Niagara Falls Community Lions can visit its Facebook page or email [email protected].