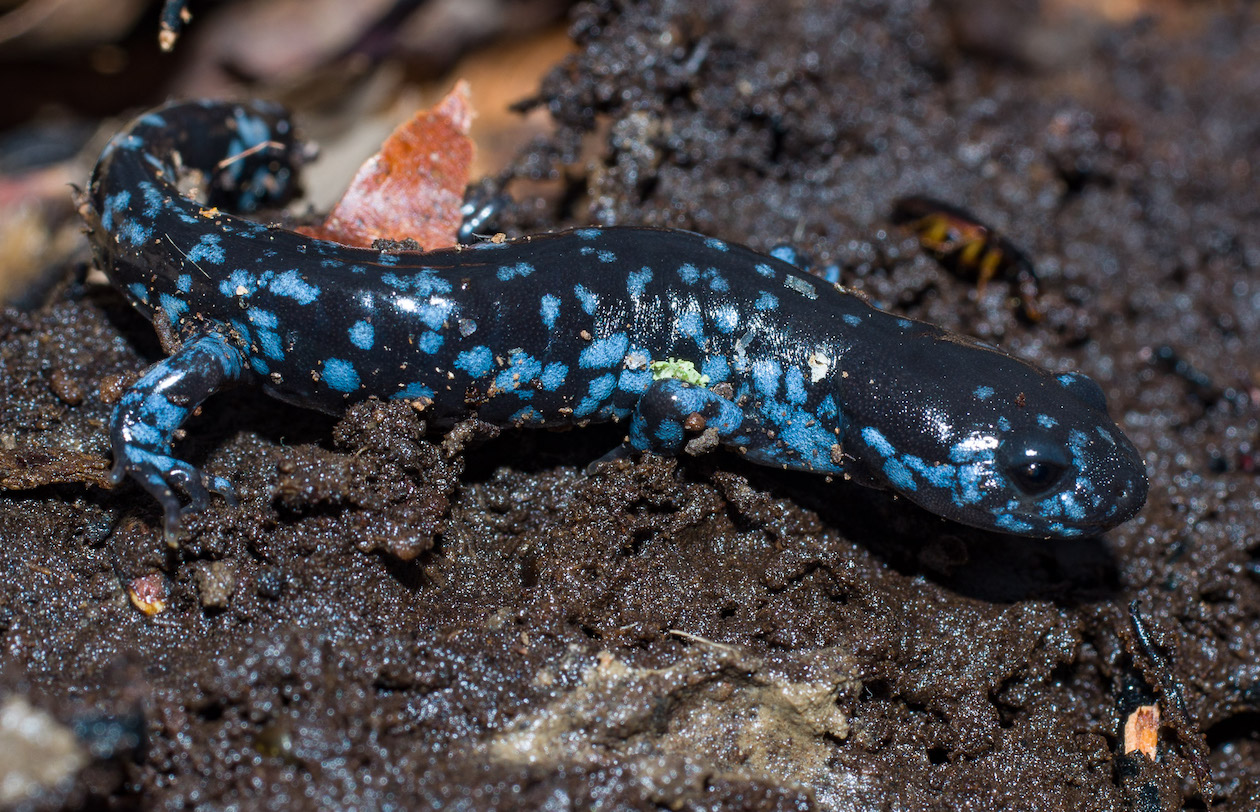 The Western New York Land Conservancy has purchased what it called an “ecologically significant,” 10.5-acre forest on Staley Road on Grand Island.

This purchase is the result of the Land Conservancy’s ongoing Greenway/Grand Island land protection program, which began in 2018. The program – and the purchase of this forest – was supported by the Niagara River Greenway Commission and the Town of Grand Island, and was funded by the Greenway Ecological Standing Committee.

“Although it’s a relatively small forest, the Funk Preserve supports a wealth of plants and animals in its wooded wetlands and vernal pools, including the adorable, blue-spotted salamander,” said Nancy Smith, executive director of the Land Conservancy. “We are beyond thrilled to add this incredible place to an ever-growing list of conserved properties on Grand Island.”

Tim DePriest, chair of the Greenway Ecological Standing Committee, said, “The purpose of our funding program is to identify lands on Grand Island that have important wildlife habitat, including forests, grasslands, wetlands and streams, and to identify landowners who want to voluntarily protect their own land. The Land Conservancy has been enthusiastic partners from the start, and the Funk property is an excellent example of the projects we aim to support.”

This sentiment was echoed by Gregory Stevens, executive director of the Niagara River Greenway Commission: “The Land Conservancy has proved, time and again, to be wonderful stewards of our region’s most vulnerable and significant natural spaces. In addition, they have proven themselves to be a wonderful partner to municipalities like Grand Island. Just recently, the town was able to connect the Land Conservancy’s Gallogly Nature Sanctuary to their own new trail system from Nike Base Park to the West River Shoreline Trail, making a substantial hiking experience.

“Niagara River Greenway is all about making connections, to trail systems, to the waterfront, to nature, and to each other. We work closely with the Land Conservancy to execute our conservation strategy within the Niagara Region, and are appreciative of all of their hard work in saving forests and being great collaborators.”

For Town Supervisor John Whitney, the establishment of the Funk Preserve represents a welcome addition to Grand Island.

“Grand Islanders are lucky to live in a place that offers such unique natural habitats,” he said. “The Funk Preserve will now join a network of conserved lands in our town, including the Land Conservancy’s Margery Gallogly Nature Sanctuary. We are grateful to the Land Conservancy, the Greenway Commission, the landowners, and the Greenway Ecological Standing Committee for recognizing the importance of this forest for our community and for making a substantial financial investment to make this preserve a reality.”

For the landowners, Valerie and Robert Funk, this is a special moment.

“We were born and raised on Grand Island,” Valerie Funk said. “And Robert and I have so many fond memories of wandering around this forest with family and friends. Our greatest hope is that, in the future, it will always be here for people and wildlife to enjoy.”

The Western New York Land Conservancy is a regional, nonprofit land trust that has protected more than 7,000 acres of land with significant conservation value in Western New York for the benefit of future generations. It is accredited by the Land Trust Accreditation Commission. For more information, call 716-687-1225 or visit www.wnylc.org.