On Nov. 1, Disney+ debuted an action-packed trailer and brand-new key art for “The Book of Boba Fett,” a new series from Lucasfilm, launching exclusively on the streaming service on Dec. 29.

“The Book of Boba Fett,” a thrilling “Star Wars” adventure teased in a surprise end-credit sequence following the season 2 finale of “The Mandalorian,” finds legendary bounty hunter Boba Fett (Temuera Morrison) and mercenary Fennec Shand (Ming-Na Wen) navigating the galaxy’s underworld when they return to the sands of Tatooine to stake their claim on the territory once ruled by Jabba the Hutt and his crime syndicate. 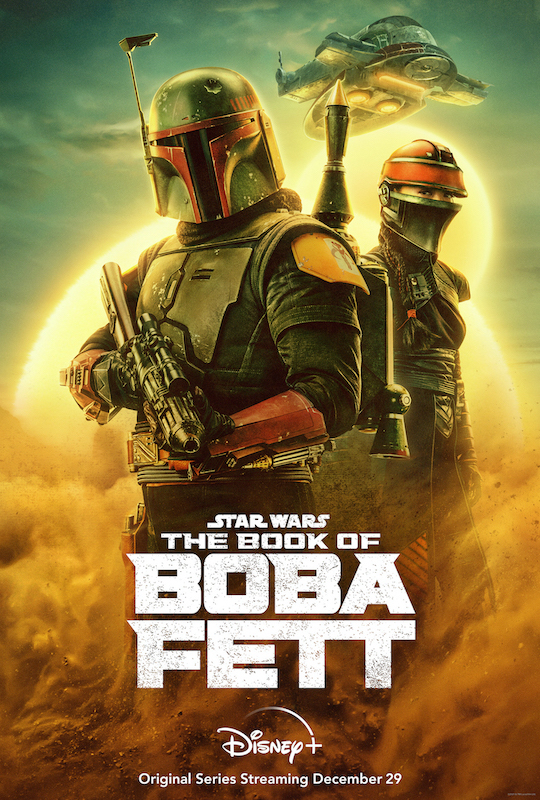