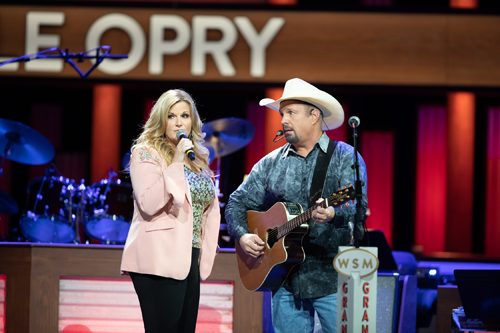 The show opened with more than a dozen Opry members announcing via video in the screen of the Opry’s signature barn backdrop, “Live from Nashville, Music City, USA, this is the 5,000th Saturday night broadcast of the world-famous Grand Ole Opry!”

The first musical selection of the night celebrated Opry pioneers who heard the Opry on the radio then brought the musical styles from their regions of the U.S. to the Opry stage. Among the opening songs featured were “Wabash Cannonball,” “Jambalya,” “San Antonio Rose,” “Blue Moon of Kentucky,” “Coal Miner’s Daughter” and “The Devil Went Down to Georgia” as performed by Anderson, Smith, The Gatlin Brothers, Rucker, Clark and Janson, respectively. The next two hours featured a mix of country music styles celebrating the past, present and future of country music and led to show closers Brooks and Yearwood, who offered several of their biggest hits and a duet on "In Another's Eyes."

The Grand Ole Opry’s month-long celebration of the historic 5,000th Saturday night broadcast was presented by Humana and sponsored by Tecovas, GEICO and Jewelry Television.

Opry presents the best in country music live every week from Nashville. The Opry can be heard at opry.com and wsmonline.com, Opry and WSM mobile apps, SiriusXM, and its flagship home, 650 AM-WSM. The Grand Ole Opry is owned by Ryman Hospitality Properties. For more information, visit opry.com. 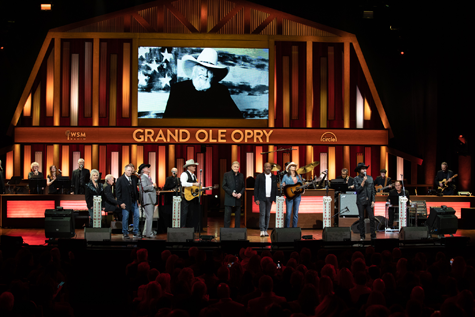