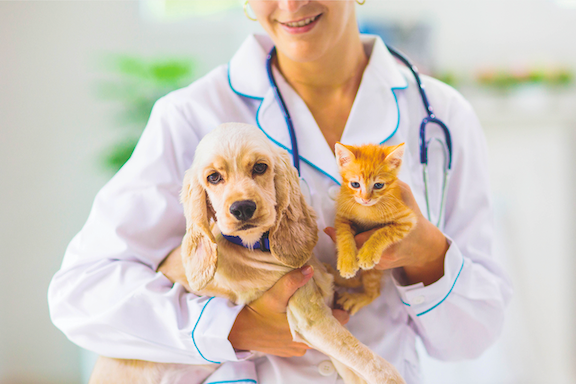 Legislation prohibits insurers from refusing to issue or renew, cancel, charge or impose an increased premium for certain policies based solely on breed of dog owned

"To own a pet is a blessing and we owe it to the animals of New York to keep them safe and healthy," Hochul said. "Dogs of all breeds deserve loving homes and no one should have to fear losing their insurance coverage based on the dog they own. In the same vein, veterinarians who see signs of abuse in their patients should be safeguarded so they can report said abuse to the proper authorities. I am proud to sign these bills into law to ensure the wellbeing of pets across the state."

New York State Sen. Michael Gianaris said, "These new laws ensure our animals are treated with the dignity they deserve. Our four-legged friends are valued companions who are parts of our families and deserve to be respected. We have more work to do but these are important steps forward in the cause of animal rights."

Assembly member Linda Rosenthal said, "Violence against animals is often predictive of violence against people, particularly domestic violence, and it is vital that we do everything we can to root out both. Putting a halt to animal cruelty at the first sign will help protect both pets and people from future harm. Veterinarians are uniquely positioned to spot signs of animal abuse and, with this new law, they will be better able to aid in the fight against animal cruelty.”

Assembly member Deborah Glick said, "Pets are cherished members of New York families. For too long, people have been discriminated against by insurance companies based solely on the breed of their companion dog – forcing them to choose between stable housing and their companion animals based on the misguided belief that dog breeds determine behavior, rather than proper training and socialization. I thank Gov. Hochul for her compassion for New York dog lovers and their companions as she signs this important bill into law and protects responsible dog owners from housing insecurity.

Bill Ketzer, senior director of state legislation for the ASPCA, Eastern Division, said, "We are so pleased that Gov. Hochul has signed these two animal welfare bills into law, and especially grateful for the measure preventing insurance companies from overcharging or denying families coverage simply because they own a specific breed of dog. During a time of unprecedented housing challenges for New Yorkers, the cost and availability of insurance has become an even more onerous barrier to homeownership for families with pets. Removing this arbitrary and discriminatory impediment for thousands of responsible New York dog owners is simply the right thing to do. We are grateful to Sen. Gianaris, Assembly member Glick and Assembly member Rosenthal for their leadership, and thank the governor for renewing her longstanding commitment to protecting animals with these forward-thinking efforts."

Animal Farm Foundation Executive Director Stacey Coleman said, "New York is blazing a trail to a safer and kinder society with these new laws. Both make it possible for NY pets to remain safely with their families while still protecting the welfare of the pets, the safety of our communities, and the insurance companies' right to refuse coverage to problematic dog owners. Everyone wins."