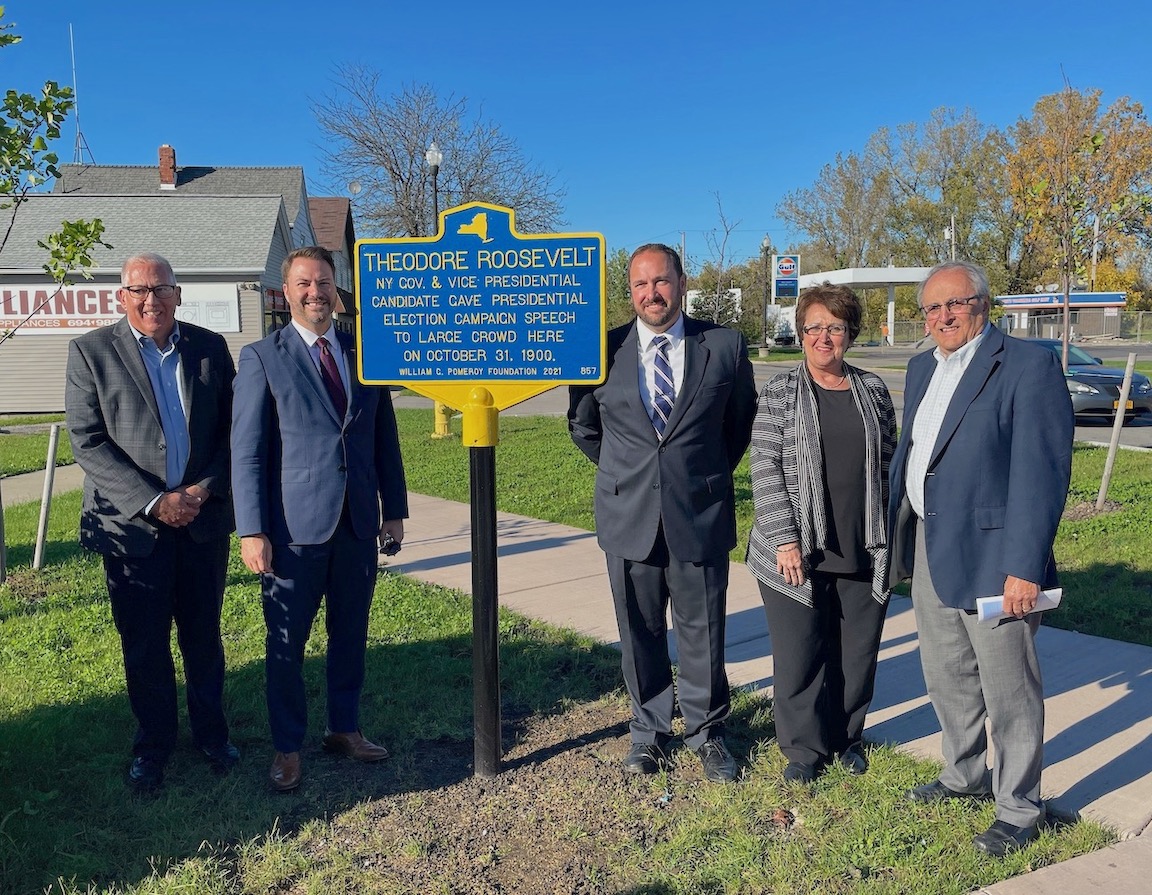 On Wednesday, City of North Tonawanda officials unveiled a new historical marker downtown on the anniversary of Teddy Roosevelt’s birthday.

A campaign stop was recently discovered by Legislator Rich Andres while examining archives of The Evening Post where then-governor and vice-presidential candidate Teddy Roosevelt addressed a crowd of 7,000 citizens on Webster Street near the end of the 1900 presidential campaign.

“Thanks to Legislator Andres, we have discovered another piece of our local history to be proud of,” Mayor Arthur Pappas said. “To stand here today, and to imagine these streets packed with thousands of people, listening to the historical giant Teddy Roosevelt, is incredible.”

New York State Sen. Rob Ortt said, “Theodore Roosevelt is an American icon who had the knack of finding himself at the center of several monumental points in American history. Whether it was his election to the New York State Legislature at the young age of 23, his experiences fighting for his country and exploring the American West, or his time serving as president of the United States – which he ascended to right here in Western New York – Teddy Roosevelt’s life will forever be woven into the fabric of American history.

Andres said, “Thank you to everyone who helped make this possible. Theodore Roosevelt has a rich and influential connection to Western New York, and I’m proud that North Tonawanda can be included in the 26th president’s legacy. I’d like to thank the Pomeroy Foundation for awarding us this this marker.

“As residents, it is our duty to keep our local history alive so it can be preserved for future generations.”

The marker was made possible by the William G. Pomeroy Foundation, whose mission is to preserve local history in communities across the country.

For those interested in seeing the marker in person, it is located at 110 Webster St.