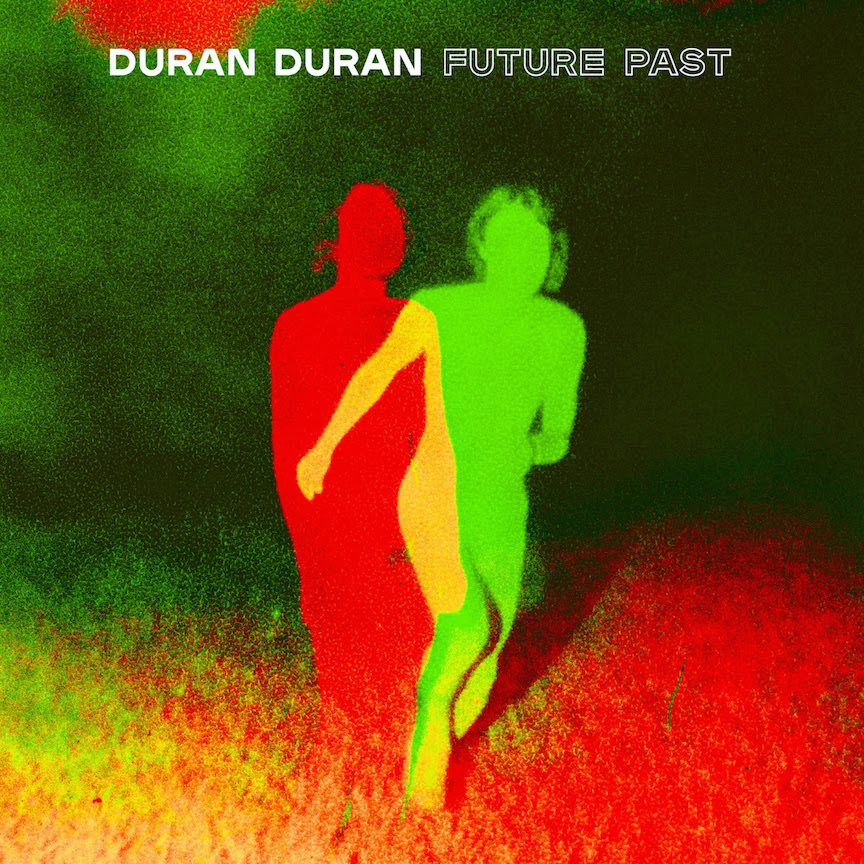 Speaking about the significance of the album’s title, founding member Nick Rhodes revealed, “The title acknowledges our history, but it also points towards where we’re headed now. It’s good to look to the past in order to find things that may work in the future. All forms of art, certainly music, follow a natural path of evolution. The journey has been incredible for us. We’re acknowledging all of the fantastic things out there, but we’re saying, ‘There’s better to come,’ ”

Simon Le Bon added, “In every second you live, you are creating something that, in the future, will be the past. ‘Future Past’ is another way of saying, ‘The Present,’ and of reminding us to ‘Live in the moment.’ ”

A press release noted, “Enrolling the help of some of the most exciting names of the past 50 years, with ‘Future Past’ the internationally acclaimed, multi-Platinum, award-winning pop legends have delivered another incredible genre-spanning piece of work that once again sets them apart from the pack. Working alongside DJ/producer Erol Alkan and pioneering Italian composer/producer Giorgio Moroder, who added his magic to create two instant future classics (‘Beautiful Lies,’ ‘Tonight United’), as well as some of the most unexpected and inspiring names in pop – including Swedish hitmaker Tove Lo on ‘Give It All Up,’ ‘Queen of Drill’ Ivorian Doll on ‘Hammerhead’ and Japan’s Chai on ‘More Joy!’ In addition, Blur’s Graham Coxon co-wrote and lends his guitar to several tracks on the record and David Bowie’s former pianist Mike Garson adds an exquisite sonic layer to album closer ‘Falling.’ ”

The record, which was recorded across studios in London and LA over lockdown, also features long-time collaborator Mark Ronson, who co-wrote and played on “Wing,” and was mixed by Mark “Spike” Stent.

Teaming up with Tove Lo for the album’s current focus track, the band created the darkly subtle, but catchy “Give It All Up.” Tapping into Tove’s left-leaning pop influence, with synth melodies showcasing Rhodes at his best, the band’s team said, “ ‘Give It All Up’ is another impressive slice of the band’s highly anticipated new album, which sees production by Erol Alkan and also features Graham Coxon on guitar.” Watch the visualizer here.

On the collaboration, Tove Lo said, “It was such an honor for me to join these legends on this amazing album and tune. Getting to sing along to Simon’s voice was pretty surreal. I’m also a big fan of Erol Alkan, so I was very excited to hear he was producing the track! It’s that kind of emotional song that keeps building in desperation and energy, so you wanna dance and cry to it at the same time. My favorite kind!”

Speaking from London, bass guitarist John Taylor said: “ ‘Give It All Up’ was written at Flood’s London studio with Graham Coxon on guitar and Erol Alkan in the producer chair. Out of all the songs on the new album, it is the most influenced by alternative minimalist dance music. About this song, a friend of mine commented: ‘It sounds like future past’ … hence the album title. Tove Lo came on board after we thought we had put the song to bed, but she loved it and wanted to participate. Who could resist? And we all felt without a doubt she took the song to a new level, bringing a back-and-forth perspective that delivers a deeper understanding to the lyrics. It’s really about commitment, to ideas and other people, and how difficult it can sometimes be to honor them both simultaneously.”

Talking about working with legendary producers, Alkan and Moroder, Rhodes said, “Both brought something special to the table. Erol has this amazing energy with his mix of dance and indie. Graham was with us every step of the way. It was thrilling to have some new blood in the room. Even as the newcomer in our writing circle, he fitted in very quickly, and rose to the challenge of trying to do something inventive and different.”

Roger Taylor added, “Giorgio pretty well invented electronic dance music. We’re such huge fans, but we never got the chance to work together in the early days. We first met Giorgio at a GQ dinner, when he presented us with an award. Nick kept in touch with him and, finally on this album, it all came together; and lo and behold, Giorgio arrived carrying a little case with him, which has his keyboard in, hooked up to a Mac. He was like a doctor! He was as sharp as a tack and brimming over with creativity. He really directed us in the studio. We were in awe.”

Ahead of the album release this week, the band released the video for album track “Anniversary,” directed by the legendary artist Alison Jackson and featuring appearances from the likes of Elton John, The Queen, Daniel Craig, Lady Gaga and Dolly Parton. The video sees the band partying with “famous” friends at Belvoir Castle in Leicestershire and even includes a young version of the band performing.

The band celebrated the imminent release of “Future Past” with a special livestream event via Dreamstage, with the band taking part in a live Q&A and revealing untold stories about their time together. They were joined by Jackson for the global premiere of “Double Take” – a half-hour documentary film by award-winning director Gerry Fox and Una Burnand that gives viewers an exclusive behind-the-scenes look at the artistry and hard work that went into making the band’s music video for “Anniversary.” Watch the trailer here. The performance is replayable for a 72-hour VOD period following the livestream yesterday. Tickets are available here.

“Future Past” is available on all digital platforms here, as well as in a variety of physical formats: standard CD, cassette, a limited-edition deluxe-hardback book CD featuring three additional tracks, and colored vinyl here. It will also be available in immersive Sony 360 Reality Audio on Amazon Music HD, TIDAL HiFi and Deezer HiFi.