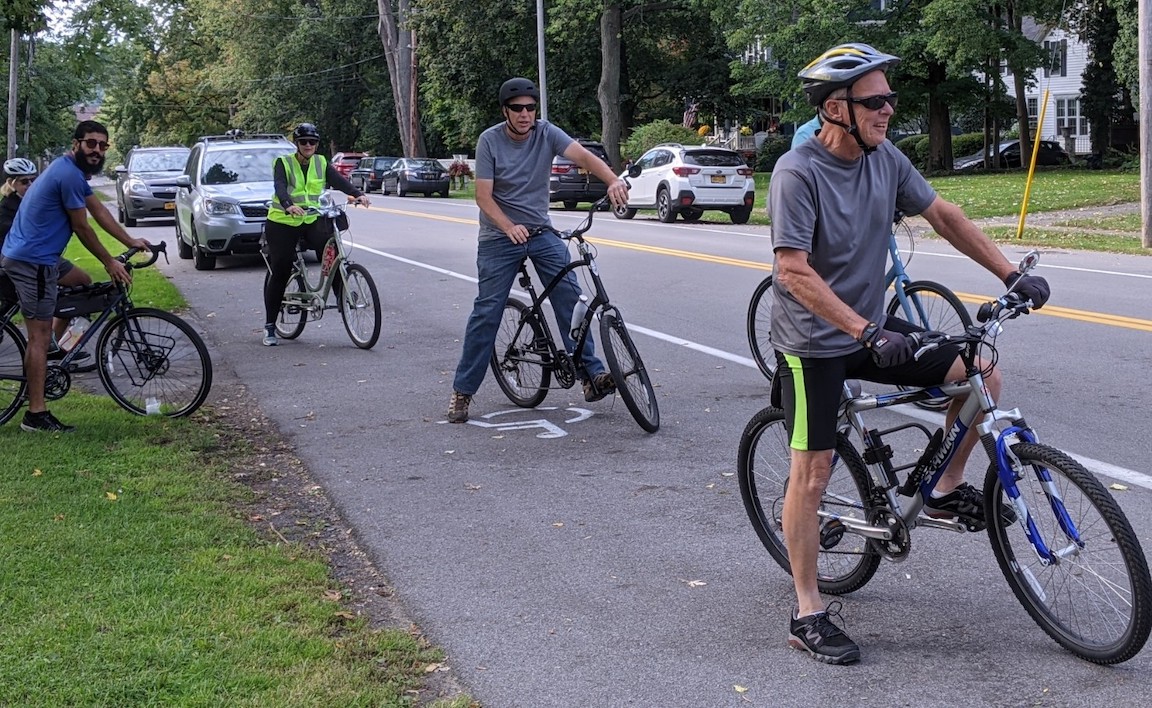 The bikers start the ride on Fourth Street.

Aided by the Niagara River Greenway and New York State Parks, the club welcomed Rotary friends from all over the U.S. side of the district to participate in a ride from Hennepin Park in Lewiston to Fort Niagara in Youngstown, and then return – a distance of approximately 15 miles.

By the end of the event, more than $30,000 had been raised to aid in the eradication of polio. More contributions were expected to continue following the event.

More than 2.5 billion children in 122 countries have been vaccinated due to the efforts of local and worldwide Rotary Club members. At the present time, Rotary has contributed more than $1.8 billion toward eradicating polio. 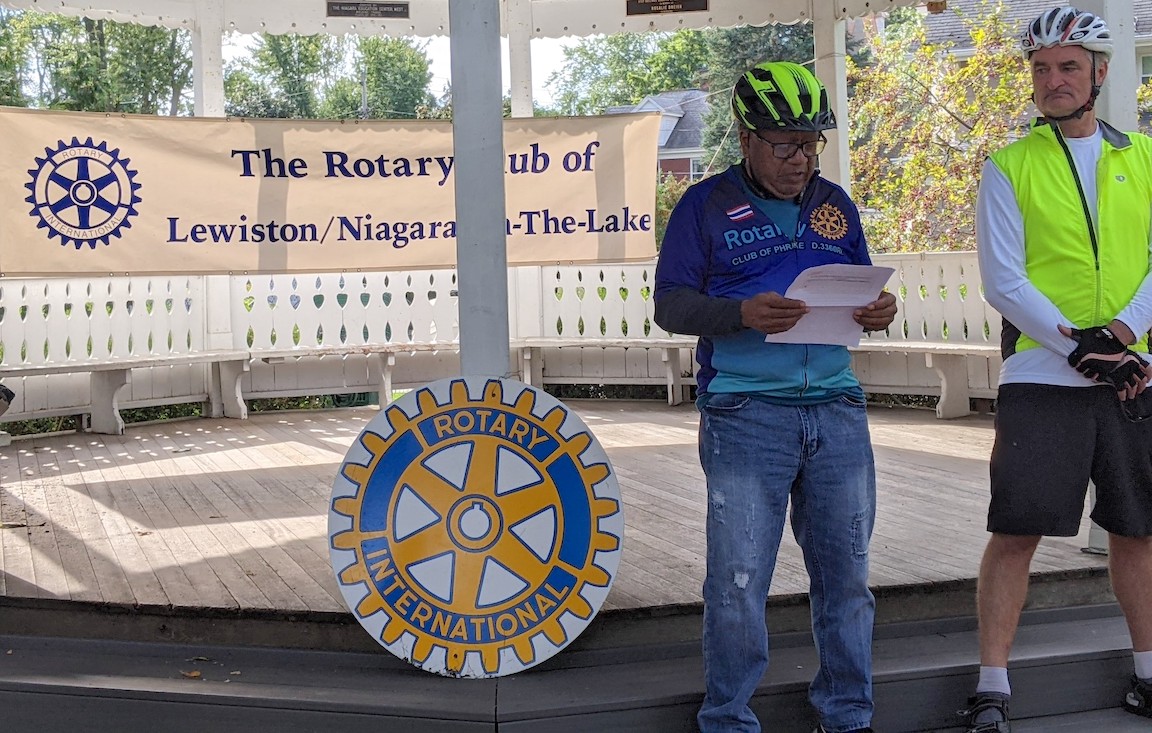