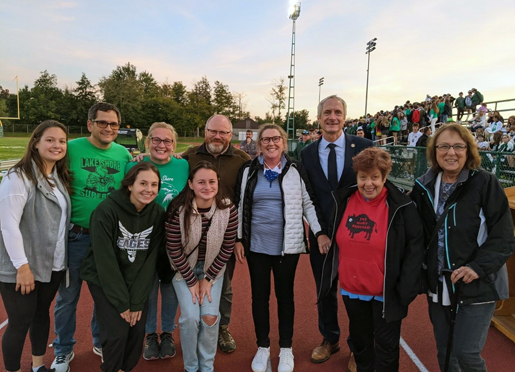 On Friday, New York State Sen. Sean Ryan visited Lake Shore High School to present a New York State Senate Commendation Award to Lake Shore teacher Tony George, founder of “Bald for Bucks.” The accolade recognizes “exceptional individuals who have made a dedicated and lasting contribution to their community.” George’s work to found “Bald for Bucks” has helped raise money and increase awareness for breast cancer research and treatment in Western New York for the past 19 years.

“Bald for Bucks” began as a fundraiser at Lake Shore High School in 2002. George decided to shave his head in solidarity with his sister, Cathy, who was undergoing chemotherapy to combat breast, lung and brain cancer. When he told his students what he was planning to do, they began collecting donations and eventually raised $3,600.

When Cathy passed away in 2004, the George family’s tragic loss inspired a movement in Western New York. “Bald for Bucks” has since become an annual spring event for schools and organizations throughout the region that has raised more than $6 million since its inception. The funds raised go directly to the Roswell Park Alliance Foundation to benefit cancer research and patient care at Roswell Park Comprehensive Cancer Center.

Ryan said, “I’m proud to visit Lake Shore High School, the birthplace of ‘Bald for Bucks,’ to present Tony with the Senate Commendation Award. His love for his sister, Cathy, inspired his students to take action. Their compassion, in turn, kicked off a movement that is still making a difference in our community nearly 20 years later. This is a well-deserved honor, and it reflects the monumental impact that Tony has had on Western New York.” 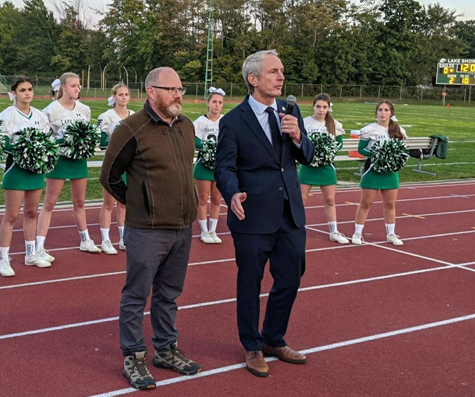