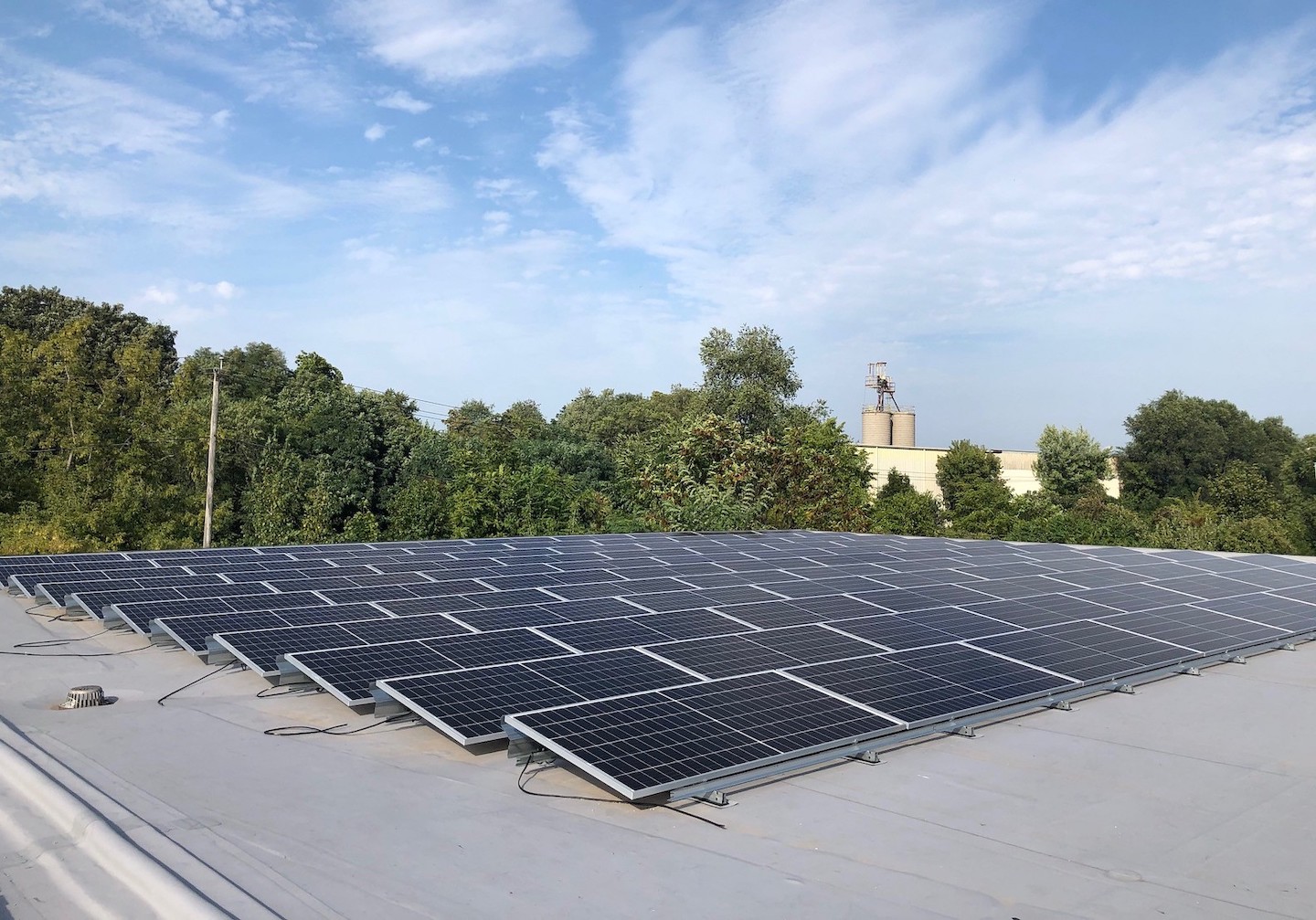 “This project reflects (State) Parks’ commitment and steady progress in furthering New York state’s efforts to combat human-influenced climate change by reducing reliance on fossil-fuel generated electrical power,” he said. “Every addition of solar power generation means that much less is needed from sources that produce climate-altering greenhouse gases. We are committed to harvesting more energy from the sun to sustain our parks.”

Each year during Climate Week, New York raises awareness in conjunction with local, national and international partners of the impacts of climate change. A press release stated, “Set for Sept. 20-26, Climate Week offers the opportunity for the state to continue its leadership on actions to reduce greenhouse gas emissions and improve infrastructure resiliency to extreme weather.”

Kulleseid announced the 300-kilowatt solar array at the park’s maintenance building and trolley shop at 1410 Buffalo Ave. The panels will provide power to the grid equivalent to the usage at the facility, which provides vehicle and maintenance support for park operations and for natural-gas powered trolleys that shuttle visitors.

A second phase in the $435,000 project calls for the addition of electrical storage batteries to allow the facility to go off-grid and continue operating during blackouts or other emergencies.

During the past decade, State Parks has installed 48 solar array projects at facilities across the state, with 37 installed by staff and the rest by contractors. These facilities combined are rated at about six megawatts, and cover about 15% of State Parks’ total statewide energy consumption. By 2027, State Parks has a goal of covering half of its electricity needs through renewable energy.

Assemblyman Angelo Morinello said, “Congratulations to Commissioner Erik Kulleseid on this timely move to clean renewable energy for support of maintenance operation at the nation’s oldest state park, Niagara Falls State Park. It is only fitting that the (State) Parks solar project is to support maintenance operations for the state’s largest source of clean, renewable energy, the mighty Niagara Falls. Thank you, commissioner, for your vision!”

Adopted in 2019, the state Climate Leadership and Community Protection Act puts New York on a path to a carbon-neutral economy across all sectors. The Climate Act also establishes a goal to achieve a zero-emission electricity sector by 2040.

New York aims to build on this progress and reduce greenhouse gas emissions by 85% from 1990 levels by 2050, while “ensuring that disadvantaged communities receive at least 35% with a goal of 40% of the benefits of clean energy investments.”