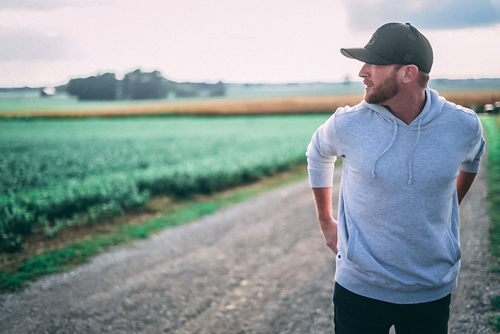 One of country music’s brightest rising stars is headed for Seneca Niagara Resort & Casino. Cole Swindell will perform inside the Seneca Niagara Events Center at 8 p.m. Saturday, Nov. 27. Tickets go on sale at 10 a.m. this Friday, Sept. 17, and start at $45.

Swindell is a Grammy-nominated, multi-Platinum-selling artist who has released three studio albums, as well as a series of successful EPs. He has written and performed with several of country music’s biggest stars, and was awarded the Academy of Country Music Award for “New Artist of the Year” in 2015. His 10 career No. 1 singles include his most recent hit, “Single Saturday Night,” as well as “Chillin’ It,” “Ain’t Worth the Whiskey,” “You Should Be Here” and “Middle of a Memory.”

Seneca Resorts & Casinos uses all paperless ticketing for all events at all of its properties. Tickets may be purchased online at www.SenecaNiagaraCasino.com or www.ticketmaster.com. They may also be purchased in-person at 8 Clans inside Seneca Niagara Resort & Casino. A secure link, sent by either email or text, allows guests to save tickets to their phone or mobile device.

Swindell released a new song, “Some Habits,” last Friday, in tandem with the release of the official music video for the song.

“Some Habits,” written by Scooter Carusoe, Josh Miller and Chris LaCorte, follows on the heels of Swindell’s back-to-back No. 1 hits “Love You Too Late” and most recently his milestone multi-week, 10th career No. 1 hit “Single Saturday Night,” which he most recently performed on the nationally televised “CMA Summer Jam” on ABC. “Some Habits” is available across all digital platforms and streaming services. The video, here, was directed by Sam Siske. Click here to purchase/download “Some Habits.”

“I think a lot of people can relate to a song like ‘Some Habits’ – it’s a love song about being rough around edges but meeting someone that changes you for the better,” Swindell said. “I feel like I have a deeper appreciation for getting to make music these days, especially with this opportunity to be back out on the road performing and sharing this music face-to-face with the fans. Since I moved to Nashville, I have always had such deep respect for Scooter Carusoe and his body of work. Getting to record this song he co-wrote with two of the newest go-to songwriters, Josh Miller and Chris LaCorte, is really special. I can’t wait for my fans to hear the song and see this video!”

Swindell is currently on tour with Thomas Rhett’s “Center Point Road Tour” through Oct. 9. He will perform on the just announced “New Year’s Eve Live: Nashville’s Big Bash,” Friday, Dec. 31 (811 p.m. ET/PT, 11:30 p.m. to 1:30 a.m.) on the CBS Television Network. The special will also be available to stream live and on demand on Paramount+.

In the seven years since his debut, Swindell has racked up over 4 billion global career streams, an impressive 10 No. 1 singles; 11 No. 1 singles as a songwriter; a 1 billion-plus audience-reaching single (“You Should Be Here”), nine Platinum singles (two singles at two-times-Platinum); a Platinum-certified debut album (“Cole Swindell”) and a Gold-certified sophomore album (“You Should Be Here”). His No. 1 hit “Break Up In The End” was named the NSAI Song of the Year (2019).

The Grammy-nominated artist has toured with the biggest superstars in country music, including Luke Bryan, Kenny Chesney, Jason Aldean, Florida Georgia Line and Dierks Bentley. He officially became a headliner on his own with the “Reason To Drink Tour” in 2018.

Swindell has played on some of the biggest stages in the world, including making history being the first-ever live radio and TV broadcast from the 57th floor terrace of 4 World Trade Center, overlooking the Freedom Tower where he performed his hit “You Should Be Here.” He also has played high-profile national television shows.

After recently celebrating the successful return of world-class entertainment to its stages, Seneca Niagara Resort & Casino has announced a new lineup of shows filled with music and comedy at the iconic Bear’s Den Showroom. Tickets go on-sale at 10 a.m. this Friday.

The lineup starts off with psychic medium Tessa DelZoppo on Saturday, Oct. 16. In November, fans can enjoy the return of the Bear’s Den “Barrel of Laughs” comedy series, when Anthony Rodia takes the stage on Friday and Saturday, Nov. 5-6. The Bear’s Den then presents a special performance by funk and soul legends WAR on Thursday, Nov. 11. Cami Clune & Vitamin D3 present their “Holiday & Hits Show” on Thursday and Friday, Dec. 2-3. Then, ’70s and ’80s pop icon Shaun Cassidy performs on Saturday and Sunday, Dec. 11-12. Frankie Scinta brings his holiday show back to Western New York with performances on Thursday and Friday, Dec. 16-17.