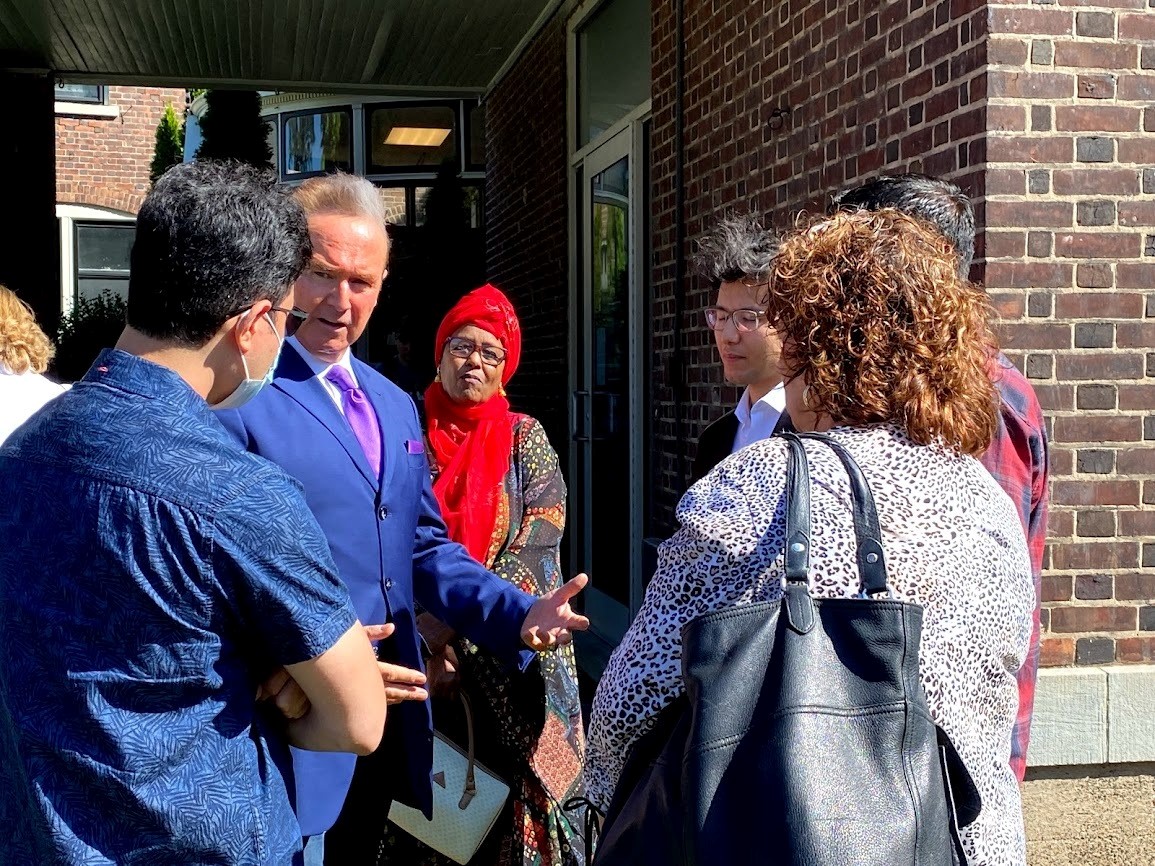 Refugee resettlement agencies in Buffalo have agreed to receive 350 Afghanistan evacuees. Congressman Brian Higgins is pushing for emergency funding to ensure Afghan evacuees have access to the full range of services available through the Department of Health and Human Services Office of Refugee Resettlement.

He said, “Refugee resettlement agencies and their community partners nationally, including those in my congressional district – Jewish Family Services, the International Institute of Buffalo, Catholic Charities, Journey’s End and Jericho Road – have a long history and the expertise necessary to successfully resettle Afghans. The United States government must continue to do everything in its power to give refugee resettlement agencies the resources needed to meet this moment, and ensure that an Afghan humanitarian crisis does not become a United States humanitarian crisis.”

Since Aug. 13, Higgins has been in communication with the administration, congressional committees, and House leadership to push for the safe evacuation of Americans and Afghan allies. The congressman’s office currently is working on over 200 Western New York-connected cases and the requests for assistance continue to grow. Higgins recently met with local agencies supporting refugee resettlement in Western New York to gain a greater understanding of the challenges. In response, Higgins sent letters to the president and congressional leaders advocating for emergency funding for resettlement agencies and community partners.

In his letter, Higgins noted the current plan to classify most Afghan evacuees as parolees severely limits the ability of resettlement agencies to lead evacuees on a path toward self-sufficiency. He wrote, in part, “My hometown and the largest city in my district, Buffalo, NY, is a success story for embracing immigrants and refugees. Buffalo’s population grew for the first time in 70 years in part due to an influx of refugees and immigrants. Thanks to the work of our refugee resettlement agencies, thousands of individuals have built new lives in Western New York, opening small businesses, spurring job growth, and fostering community. Our nation needs the assistance of these agencies to help the Afghan evacuees who helped us, and these agencies need the help of the United States government to help us honor our commitment to them.”

The five local organizations which comprise the Western New York Refugee and Asylee Consortium – Catholic Charities of Buffalo, International Institute of Buffalo, Jericho Road Community Health Center, Jewish Family Services of Western New York, and Journey’s End Refugee Services – are launching a major collaborative campaign, Buffalo United for Afghan Evacuees, to assist the 350 Afghan evacuees who will be settling in Buffalo while their cases for asylum are adjudicated.

WNYRAC’s campaign goal is to raise $750,000 for the evacuees to cover the cost of living, along with gathering priority in-kind donations and providing housing set-ups with the help of community volunteers. This will ensure that Afghan evacuees have a soft landing in the City of Good Neighbors, while awaiting the outcome of their petitions for permanent resettlement.

Unlike refugees and special immigrant visaholders (those who assisted the U.S. military mission) from Afghanistan, the evacuees will not be given access to services and programs funded by the U.S. government. Because of this, WNYRAC is organizing an online and in-person community-based campaign to ensure that their basic needs are met, including housing, health care and nutrition, enrolling children in school, and providing financial assistance until work authorization is granted. Advocacy for increasing federal support for evacuees will also be an important component of the campaign.

WNYRAC, a collaborative of local resettlement agencies and those that provide significant services to refugees, immigrants and asylees, works for the benefit of the populations they serve, and the WNY community.

Deacon Steve Schumer, president and CEO of Catholic Charities of Buffalo, said, “Afghan evacuees caught in this humanitarian crisis deserve the same opportunities traditionally afforded refugees as they face the challenges of restarting their lives in a new country and culture. The Buffalo United for Afghan Evacuees collaborative effort will demonstrate the compassion and generosity of our community to these individuals and families, and give them hope and real help for long-term sustainability.”

Eva Hassett, executive director of the International Institute of Buffalo, said, "We are at a critical juncture in our country’s history. In this period of crisis for Afghans, both locally and internationally, I am grateful to my colleagues from our partner organizations for recognizing that we are stronger when we work together. Buffalo has a proud history as a welcoming community: businesses, nonprofits, elected officials, neighborhoods, ethnic organizations and individual Buffalonians care for each other every day – not just in snowstorms. We call on the community once again to show our newest neighbors – who have already been through experiences we cannot imagine – that the heart and spirit of this community is the generosity of its people. We have deep faith that this community will continue to show refugees and immigrants that Buffalo truly is the City of Good Neighbors.”

Karen Andolina Scott, executive director of Journey’s End Refugee Services, said, “It is estimated that up to 80% of the arriving Afghani evacuees are being admitted as humanitarian parolees (evacuees), not as refugees. Unlike refugees, asylees, and special immigrant visaholders, these evacuees will not have long-term access to public benefits, access to ORR-funded services through the resettlement agencies like Journey’s End Refugee Services, nor a clear path to permanent residency and then citizenship. WNYRAC’s campaign will ensure our newest Afghan neighbors will not be forced to rely on charity, left on their own to navigate complex American systems, while being denied an opportunity to fully integrate as permanent residents. At the same time, it is incumbent upon each of us to reach out to our leaders across NYS, as well as our officials in Washington, D.C., to let them know it is not enough to admit Afghan evacuees; there must be real immigration and social benefits in order for us all to succeed in our campaign.”

Molly S. Short Carr, Ph.D., president and CEO of Jewish Family Services of Western New York, said, “What we are experiencing now in this moment of crisis is a calling for the coming together of community. As an agency built upon the Jewish values of humility and compassion, we honor the principle of Pikuach Nefesh, the preservation of human life. The evacuees that will be coming to Buffalo are in a state of shock and are traumatized. Along with our partners and the support from the Western New York Region, JFS is prepared to leverage our expertise to assist with this trauma to help these evacuees become whole once again.”

Myron Glick, M.D., founder and CEO of Jericho Road Community Health Center, said, “For decades, Jericho Road and our four resettlement partners have been lifting the lamp for refugees and immigrants from all over the world. We are proud that Buffalo is nationally recognized as a welcoming community for people fleeing violence, oppression, and poverty and we are prepared to open our arms again in the coming months, this time to Afghan newcomers. Our organization is founded on the belief that God has called and is still calling us to love our neighbors. We look forward to acting out that love in very tangible ways for new Buffalonians - through safe housing, shared meals, health care, trauma support, access to education, and many other things most of us here take for granted.”