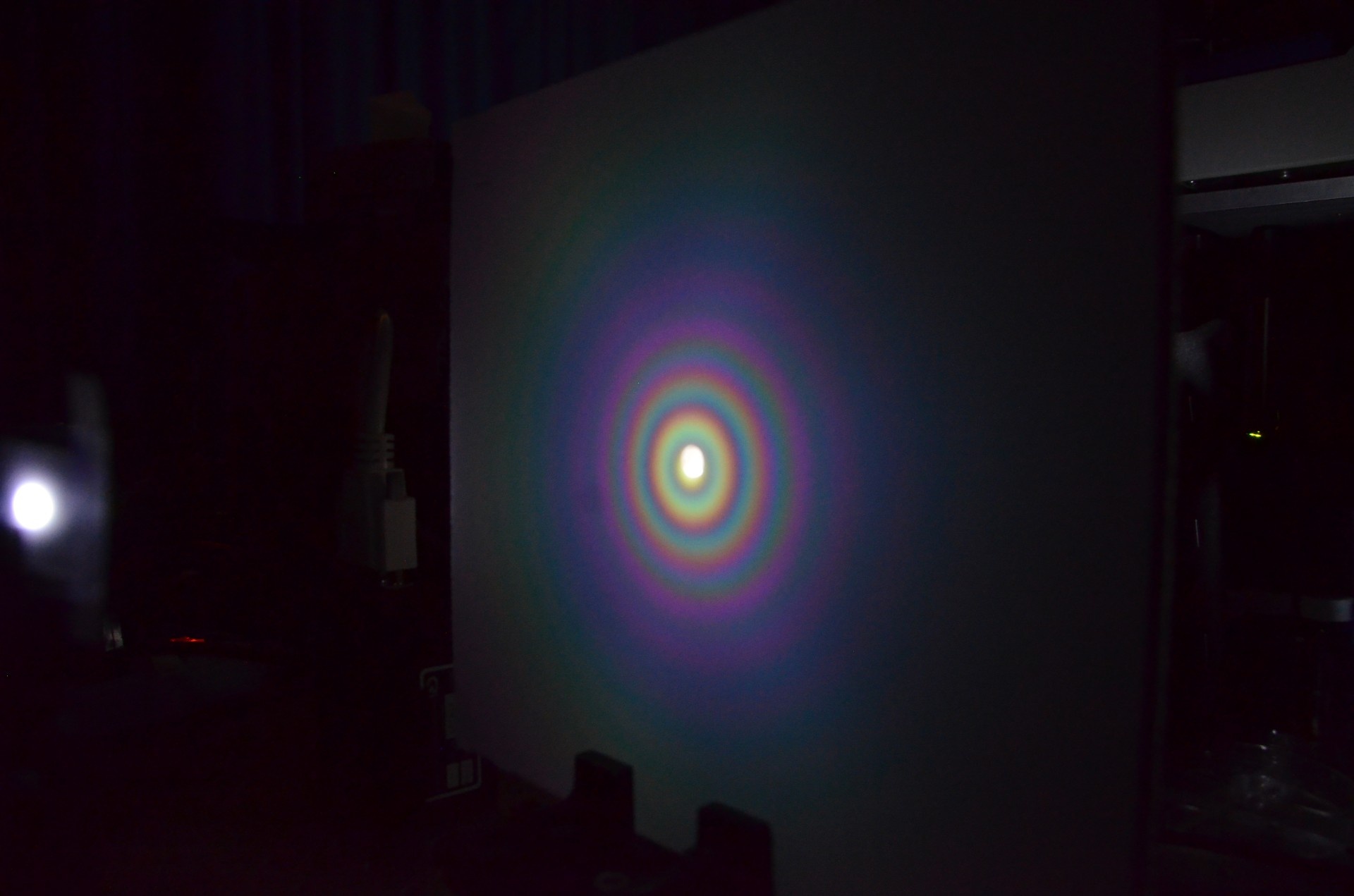 “It is vital to be able to explain how a technology works to someone before you attempt to adopt it. Our new paper defines how light interacts with microscale concave interfaces,” says University at Buffalo engineering researcher Qiaoqiang Gan, noting that future applications of these effects could include aiding autonomous vehicles in recognizing traffic signs.

The research was published online on Aug. 15 in Applied Materials Today, and is featured in the journal’s September issue.

The study focuses on a retroreflective material – a thin film that consists of polymer microspheres laid down on the sticky side of a transparent tape. The microspheres are partially embedded in tape, and the parts that protrude form MCIs.​

White light shining on this film is reflected in a way that causes the light to create concentric rainbow rings, the new paper reports. Alternately, hitting the material with a single-colored laser (red, green or blue, in the case of this study) generates a pattern of bright and dark rings. Reflections from infrared lasers also produced distinctive signals consisting of concentric rings.

The research describes these effects in detail, and reports on experiments that used the thin film in a stop sign. The patterns formed by the material showed up clearly on both a visual camera that detects visible light, and a LIDAR (laser imaging, detection and ranging) camera that detects infrared signals, says Rada, the co-first author from UB.

“Currently, autopilot systems face many challenges in recognizing traffic signs, especially in real-world conditions,” Gan says. “Smart traffic signs made from our material could provide more signals for future systems that use LIDAR and visible pattern recognition together to identify important traffic signs. This may be helpful to improve the traffic safety for autonomous cars.”

Rada says, “We demonstrated a new combined strategy to enhance the LIDAR signal and visible pattern recognition that are currently performed by both visible and infrared cameras. Our work showed that the MCI is an ideal target for LIDAR cameras, due to the constantly strong signals that are produced.”

A U.S. patent for the retroreflective material has been issued, as well as a counterpart in China, with Fudan University and UB as the patent-holders. The technology is available for licensing.

Gan says future plans include testing the film using different wavelengths of light, and different materials for the microspheres, with the goal of enhancing performance for possible applications such as traffic signs designed for future autonomous systems.