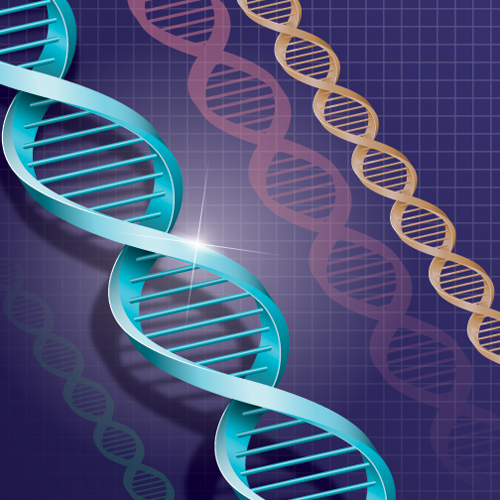 A University at Buffalo team has developed a new model of how information in the genome is organized, called the novel genome archipelago model (GAM). The model provides new insights into how a multitude of interactions among genes may affect normal development as well as mutations that lead to cancer and other diseases.

“GAM offers a physical basis for the idea of systems genomics, which has begun to emerge in recent years, in which individual genome elements are integrated into an ‘organism-like’ entity,” said Michal K. Stachowiak, Ph.D., professor in the department of pathology and anatomical sciences in the Jacobs School of Medicine and Biomedical Sciences at UB.

Stachowiak is senior author on the paper that describes the GAM, which was published in December in a special edition of the International Journal of Molecular Sciences titled “Molecular Mechanisms of Neural Stem Cells – Systems Approach.”

The study advances the idea that the GAM is created through the interactions of distant chromosome regions and even different chromosomes.

Stachowiak explained the study shows tens of thousands of genes may engage in hundreds of millions of interactions, and that, through these associations, genomic function is executed.

“This vast interactome, as we call it, truly constitutes a new code for the information that is stored and executed by the genome,” he said.

The interactions were mapped by first author Brandon Decker, Ph.D., when he was a graduate student in UB’s genetics, genomics and bioinformatics program, working in Stachowiak’s laboratory. Decker is now a postdoctoral associate at the National Institute on Aging, part of the National Institutes of Health.

Stachowiak explained the GAM is based on the idea the genome is an archipelago of constantly changing ‘islands,’ and that, when the islands form, they provide a blueprint for specific parts of the body and specific functions.

“A single small mutation may have broad impact on genomic function by disrupting multi-genome interactions or their control mechanism,” he said. “It is the understanding of these interactions that may bring our therapeutic efforts to new, unprecedented levels.”

Stachowiak explained they assign the central role in organizing the GAM to a nuclear form of the protein FGFR1, which, through its integrative nuclear FGFR1 signaling (INFS) mechanism, discovered in his lab, offers a new paradigm for genomic regulation of an organism’s development. He noted recent studies by teams at other institutions have shown INFS plays an important role in cancers including breast cancer.

“This is an example of how an advanced basic science becomes translated into clinical medicine and may offer new strategies for cancer treatments,” he said.

Stachowiak named his model to reflect his lifelong inspiration by the travels of Charles Darwin, who developed his theory of evolution after happening upon the islands of Galapagos.

“We refer to different islands that form in the cell nucleus and, as we propose, orchestrate ontogenesis,” Stachowiak said.

In addition to Decker and Stachowiak, other UB authors are Yongho Bae, Ph.D., and Ewa Stachowiak, Ph.D., both of the department of pathology and anatomical sciences; Josep M. Jornet, Ph.D., associate professor of electrical engineering at Northeastern University; and Donald Yergeau, Ph.D., associate director of genomic technologies in UB’s New York State Center of Excellence in Bioinformatics and Life Sciences.

Co-authors are Hussam Abdellatif, a doctoral student at the Institute for the Wireless Internet of Things at Northeastern University, who trained with Jornet and Michal Liput, a doctoral student at the Mossakowski Medical Research Center, Polish Academy of Sciences, who trained with Stachowiak in the UB department of pathology and anatomical sciences.

This research was funded by three consecutive grants from the National Science Foundation with additional support from New York State Department of Health and the Patrick P. Lee Foundation.