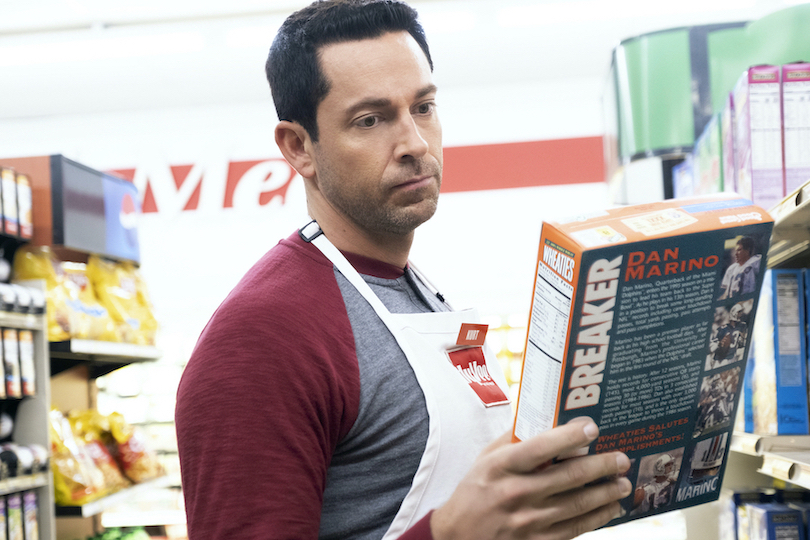 “American Underdog” will be released on Christmas. The film tells the inspirational true story of Kurt Warner (Zachary Levi), who went from a stockboy at a grocery store to a two-time NFL MVP, Super Bowl champion, and Hall of Fame quarterback.

The movie centers on Warner’s unique story and years of challenges and setbacks that could have derailed his aspirations to become an NFL player – but just when his dreams seemed all but out of reach, it is only with the support of his wife, Brenda (Anna Paquin), and the encouragement of his family, coaches and teammates that Warner perseveres and finds the strength to show the world the champion that he already is.

A press release said, “ ‘American Underdog’ is an uplifting story that demonstrates that anything is possible when you have faith, family and determination. … (It) is the Erwin brothers’ most inspirational and cinematic story to date.” 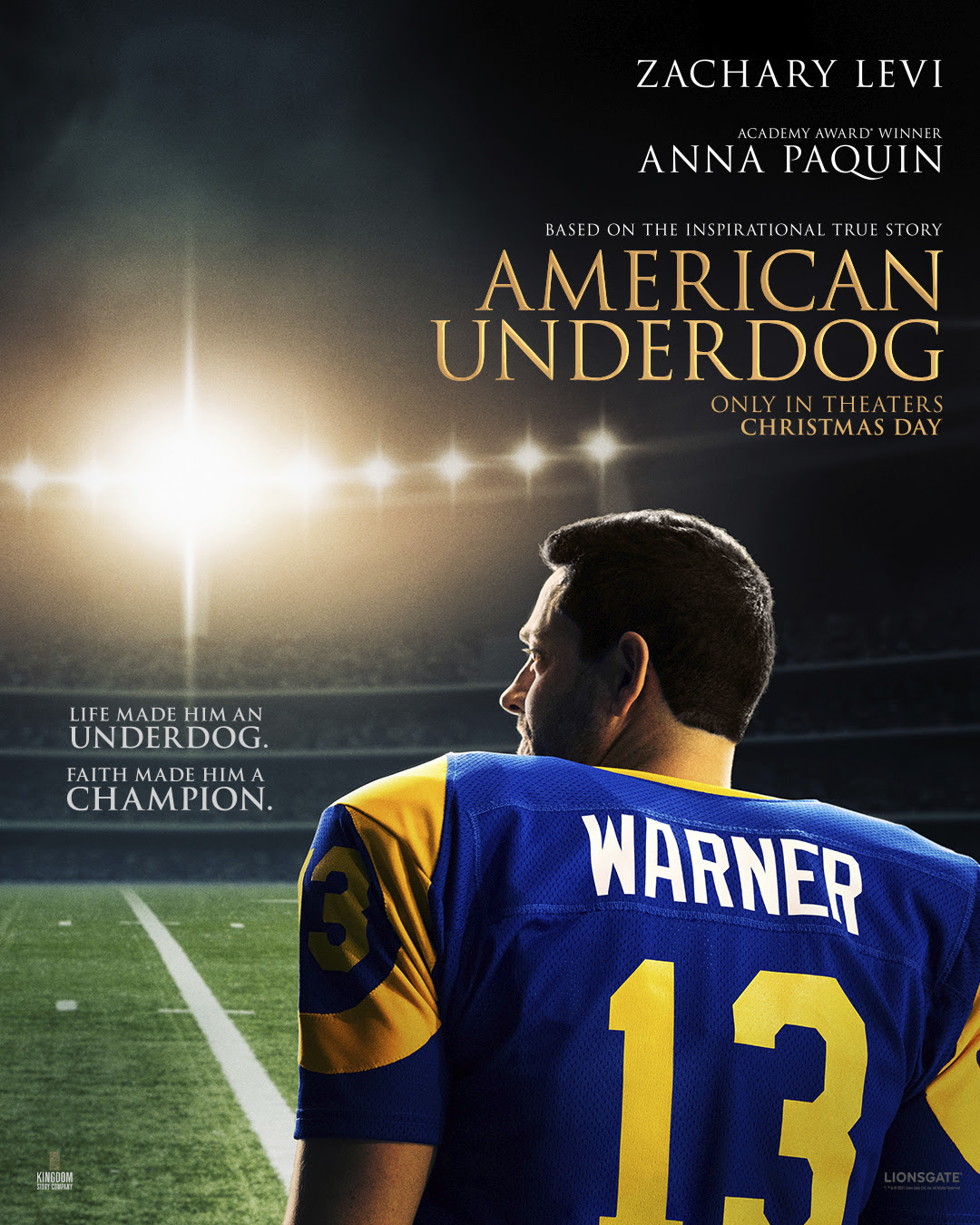 Speaking from the CinemaCon stage Lionsgate Motion Picture Group Chair Joe Drake said, “This movie perfectly aligns with the emotions of the holiday season: The power of faith. A drive to bring out the best in all of us. The strength of family. And of course, the height of the NFL championship season. When you take all of that together, the perfect release date for this movie is Christmas day, and that’s where we have decided to date it.”

The film was written by Jon Erwin (“I Still Believe”), David Aaron Cohen (“Friday Night Lights”) and Jon Gunn (“I Still Believe”). The screenplay is based upon interviews with Warner as well as Warner’s memoir, “All Things Possible: My Story of Faith, Football and the First Miracle Season.” Kurt and Brenda Warner are executive producing.

Kingdom Story Co. and Lionsgate are engaged in a long-term partnership to provide event-level entertainment for audiences of faith. Along with “American Underdog,” the company has developed and produced “The Unbreakable Boy,” also starring Zachary Levi, “a film based on the extraordinary true story of the most inspiring boy you will ever meet and how he touched and changed the lives of those around him.”

Kingdom also has produced “The Jesus Music,” a “fascinating documentary about of the birth of Christian rock, which rose out of the 1960s counterculture movement to become the worldwide phenomenon we know today.”

This film is not yet rated. For more information, visit http://americanunderdog.movie/. 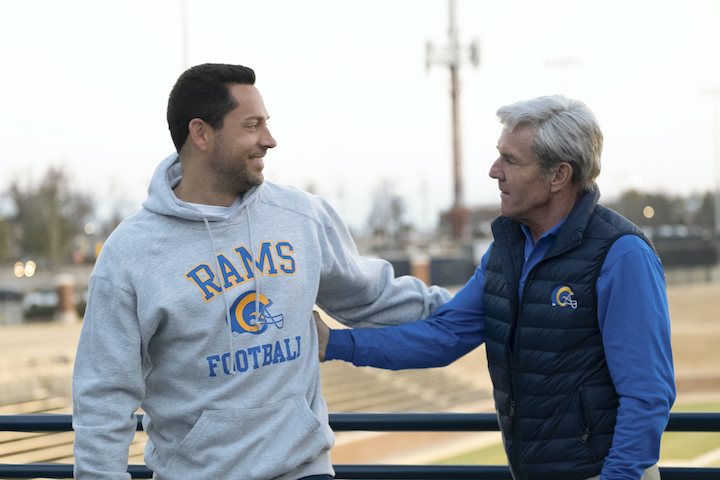 Zachary Levi as Kurt Warner and Dennis Quaid as Dick Vermeil in “American Underdog.” (Photo by Mike Kubeisy/courtesy of Lionsgate) 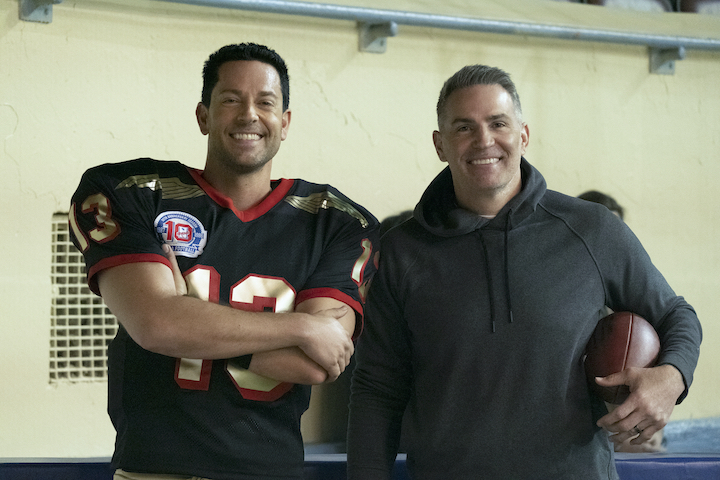 Zachary Levi and Kurt Warner on the “American Underdog” set. (Photo by Mike Kubeisy/courtesy of Lionsgate)