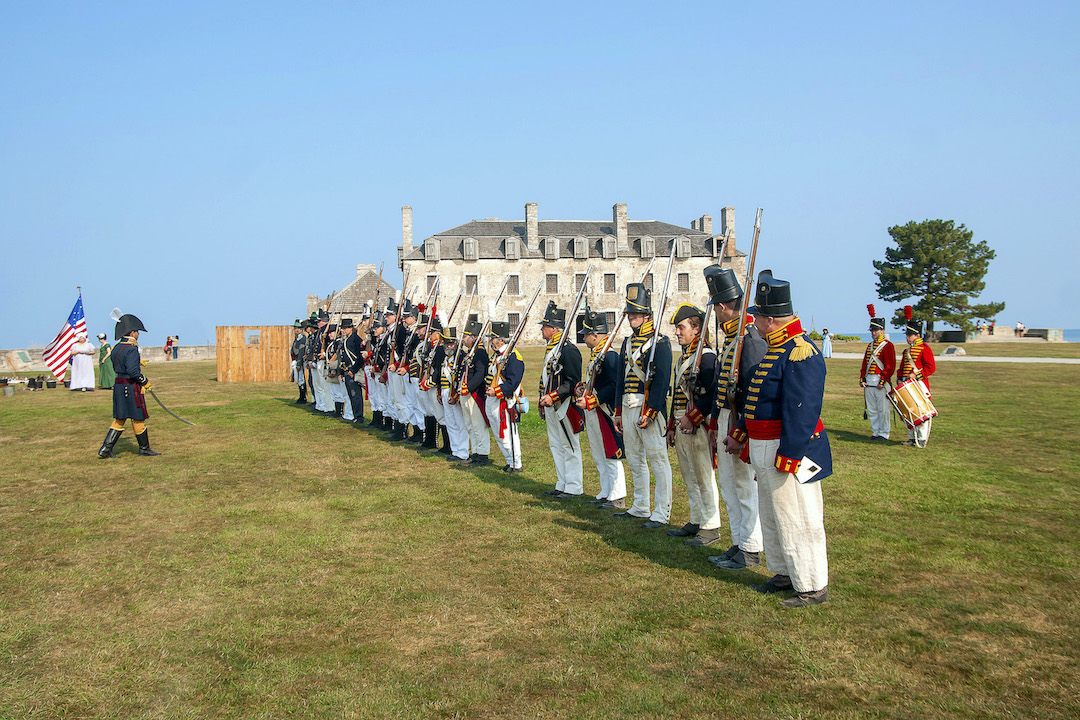 Old Fort Niagara’s “War of 1812 Encampment” is set for Labor Day weekend, Sept. 4-5. This year’s event will focus on U.S. troops who garrisoned the fort from June of 1812 through December of 1813, when the British captured the fort.

Activities include a Saturday afternoon presentation by acclaimed historian Richard V. Barbuto, Ph.D., who will speak about “Seven Days in September 1814: Turning Point in the War of 1812.” Barbuto is author of numerous books about the War of 1812, including “New York’s War of 1812,” recently published by the University of Oklahoma Press. He is emeritus professor of history and has served as the deputy director of the department of military history at the U.S. Army Command & General Staff College at Fort Leavenworth, Kansas. A 1971 graduate of the U.S. Military Academy at West Point, he served for 23 years as an armor officer with tours of duty in Germany, Korea and Canada.

The weekend will also feature a variety of living history activities. Reenactors will establish period camps and demonstrate what life was like for common soldiers during the War of 1812. Throughout the day, troops will perform musket demonstrations, volley firing, artillery firing and other tactical exercises. Other programs feature period cooking, laundry, blacksmithing, children’s games and Native Americans in the War of 1812.

Activities run from 10 a.m. to 4 p.m. This program is sponsored by the United States Daughters of 1812.