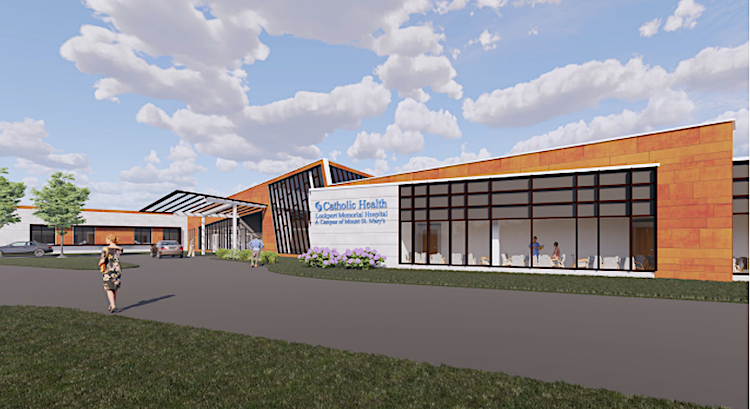 Catholic Health, in collaboration with Eastern Niagara Health System, has been awarded $18 million in funding from the New York State Department of Health to ensure the continuation of emergency and acute care hospital services in Eastern Niagara County. Plans announced last October call for Catholic Health to build a 60,000-square-foot hospital off South Transit Road between Shimer Drive and Ruhlmann Road in the Town of Lockport.

In an effort to prevent gaps in care, Eastern Niagara Hospital entered into a management agreement with Catholic Health and will remain open until the new hospital is built. Eastern Niagara Health System was on the verge of closing its doors due to bankruptcy and the COVID-19 pandemic. This closure would have resulted in the loss of vital public health services to the residents of Niagara County.

“This funding will support the continued access to vital public health services and the redesign of the health care delivery system into a sustainable model for the long-term, while assisting to provide financial stability during this transformation,” said Mark A. Sullivan, president and CEO of Catholic Health. “We thank New York state for their continued support and commitment to the residents of Niagara County. We hope the growing confidence that has been shown in this project and other recent grants from area foundations will encourage other organizations in our community to support Lockport’s new hospital.”

To make way for the new hospital, Catholic Health is purchasing two parcels of land on a portion of Hall’s Apple Farm on Ruhlmann Road. The one-story, “neighborhood hospital” will house modern emergency, inpatient, imaging and laboratory services as well as medical office space for primary care, women’s health, and specialty medical practices. It will be named Lockport Memorial Hospital and become a campus of Mount St. Mary’s Hospital.

Catholic Health and Mount St. Mary’s Hospital have engaged the architectural design firm Clark Patterson Lee, which has begun the programming and schematic design phases of the project. Plans call for developing 22 acres of land on the apple farm property, which will include the hospital, 8,000 square-feet of medical office space, a 278-car surface parking lot, a helipad for emergency transport, and an entrance off Shimer Road. Construction is expected to begin in October, with the hospital targeted to open in early 2023.