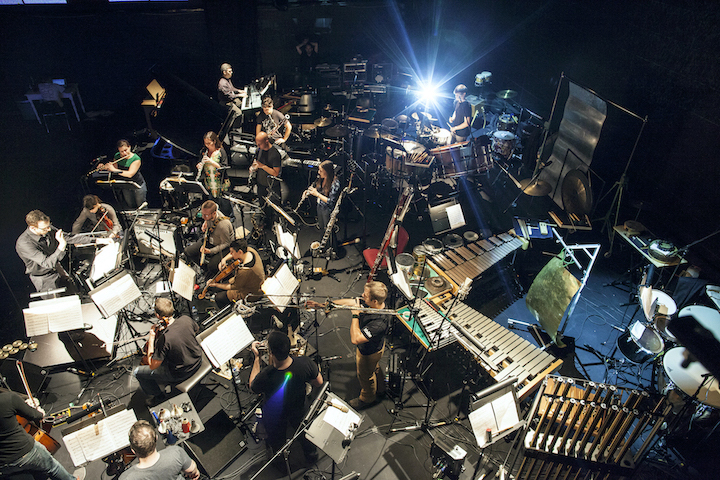 Alarm Will Sound (Image by Michal Ramus/provided by Artpark & Company)

Artpark & Company on Monday announced a performance by JP Jofre Hard Tango Chamber Band and Alarm Will Sound as part of the “New Music in the Park” series on Aug. 7, in the Artpark Mainstage Theater. The performance is sponsored by HSBC Bank.

As a special addition to the evening of music, the Buffalo Philharmonic Chorus will perform from 6:30-7:30 p.m. on the adjacent Mainstage Theater terrace. The BPC was previously scheduled to perform at Artpark on Aug. 1, but adverse weather forced a postponement of the concert.

The Grammy Award-winning Buffalo Philharmonic Chorus presents its first concerts since the pandemic lockdown. Selections include Vivaldi’s exuberant "Gloria" to celebrate the joy of singing together, once again, after nearly 17 months. The program also features Gabriel Fauré’s "Requiem" – a simple prayer for the peace of departed souls – sung in remembrance of the lives lost to the COVID-19 pandemic.

The program includes these “Hard Tango,” “Milongon,” “After the Rain,” “Taranguino,” “Manifiesto,” and “Universe.” Also “La Camorra 3” and “Libertango” by Piazzolla.

Artpark & Company continued, “Returning after a sold-out event in 2020, the 20-piece Alarm Will Sound once again bring their engaging, otherworldly sounds to Artpark, playing music with an irreverent charm and daring seldom heard in stodgy halls. …

“Alarm Will Sound’s set will include a previous collaborative work with Queens-based artist Eartheater, who distills foley-filled digital production and classical composition into works suspended between reckless romanticism and detailed sonic tapestries. ‘When Fire is Allowed to Finish,’ her work with Alarm Will Sound, contains six emotionally charged movements. The music is fearlessly expressive, lush and emotional – bound to jolt even the most jaded listener.”

Tickets for the event are $12 and are available at artpark.net.