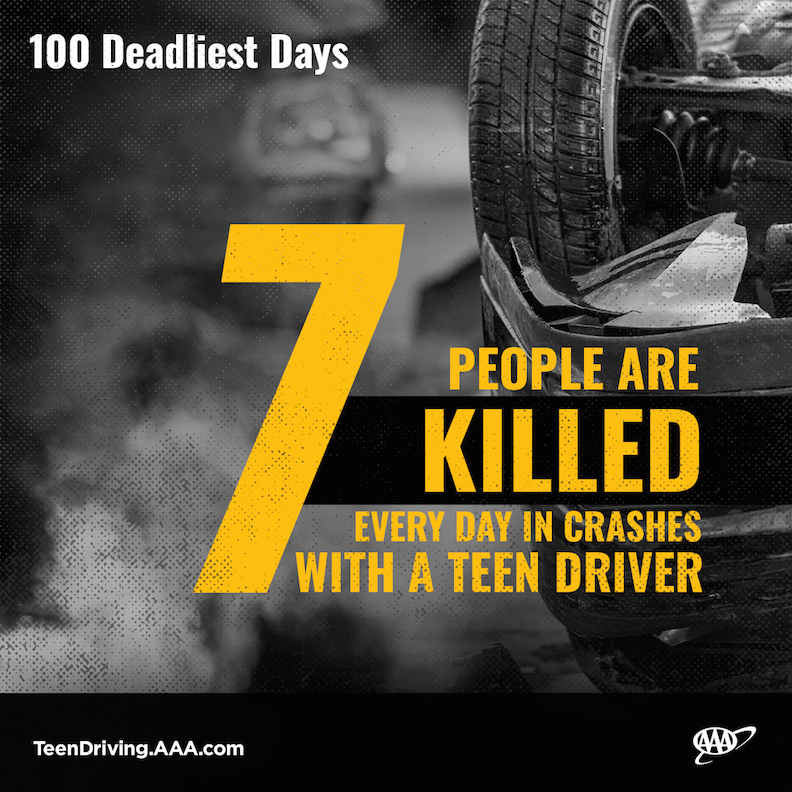 With summer in full swing, and less COVID-19 restrictions in place, many more people are on the roads. AAA is warning teen drivers to be extra diligent to avoid tragedies this season as they try to make the most of summer before school resumes.

In New York state, 196 people were killed in crashes involving teen drivers during the “100 Deadliest Days” over the 10-year span, down from 222 people from 2008-18. AAA continues to raise awareness in an effort to save lives.

Due to their inexperience, teen drivers are at a higher risk of crashes. According to the latest AAA Foundation for Traffic Safety Culture Index, about 72% of teen drivers aged 16-18 admitted to having engaged in at least one of the following risky behaviors in the past 30 days:

“Parents should talk with their teen drivers about safety regularly,” said Elizabeth Carey, AAA Western and Central New York’s director of PR and corporate communications. “Teens are faced with more distractions than ever before, leading to deadly mistakes, and parents are the best line of defense to keep everyone safe behind the wheel.”

Teens should store phones out of reach, mind speed limits, and stay away from impairing substances such as alcohol and marijuana. AAA encourages parents to:

√ Talk with teens early and often about avoiding dangerous behavior behind the wheel, such as speeding, impairment and distracted driving. Serve a role model for safe behavior.

√ AAA recommends enrolling teens in a driver education program that teaches safety skills, distracted driving avoidance. AAA has in-person lessons and online tools for parents and teens, including TeenDriving.AAA.com and the StartSmart program.