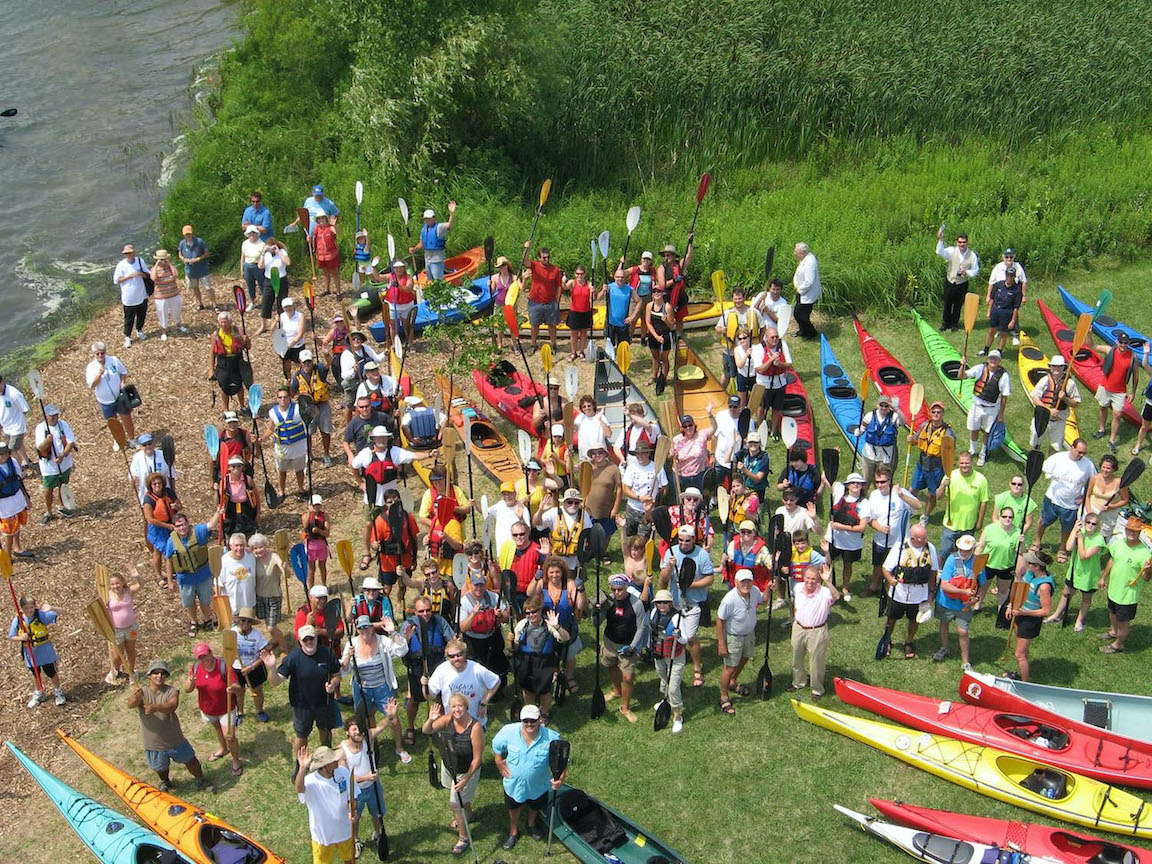 The Niagara River Greenway Commission was signed into legislation in 2004, with the responsibility for developing a plan for a linear system of parks and conservation areas that would redefine the Niagara River in terms of its history, economic vitality and ecological significance. Grand Island is considered to be the heart of the Niagara River corridor and, over the past 16 years, the Niagara River Greenway Commission has contributed close to $6.2 million through the four standing committees. Funded proposals addressed projects relating to creating nature preserves, developing connecting trails to the shoreline, improving riparian habitats, removing invasive species, and supporting adaptive water sports. Providing better shoreline access and bringing people to the water is a primary mission of the commission.

In an effort to work toward this mission, the Niagara River Greenway Commission established a paddle sports trail in the upper Niagara River, known as the Paddles Up Trail. The trail follows the perimeter of Grand Island, with a number of public launch and recovery sites for the exclusive use of paddle sports enthusiasts. This is a long, 25-mile trail that really is meant for experienced, well-conditioned paddlers; however, portions of it can be enjoyed by almost anyone. The Paddles Up Niagara event is geared for all levels of paddlers by following calmer waters and a much-shorter distance around the perimeter of Beaver Island State Park. For trail maps of the 15th annual Paddles Up Niagara, visit https://www.niagararivergreenway.com/paddles-up.

This year, there are three separate paddling events starting at 7, 8 and 10:30 a.m. The two earlier events are interpreted, guided ecotours that will bring participants around the East River Marsh, where they will see all the riparian habitat restoration work that has been done – making a much better environment for fish spawning. All kinds of wildlife may be viewed during these tours, including great blue herons, great egrets and maybe even bald eagles. The paddling route passes by segments of the Niagara River that were once hunted and fished by former U.S. presidents Grover Cleveland and Theodore Roosevelt.

Paddles Up Niagara is just one of hopefully many more active outdoor recreational events hosted by the Town of Grand Island.

The Niagara River Greenway team has been working with the municipality to help build a destination for outdoor recreation. It stated, “We are working towards creating safer cycling trails, and connector trails to the Shoreline Trail, with the goal of having a better functioning network of trails on Grand Island. The Empire State Trail, which connects NYC to Buffalo, is now complete and passes right under the South Grand Island Bridge via the Shoreline Trail. This is a great opportunity to attract many of the expected 8 million trail users to come to Grand Island, especially if there are active recreational events drawing them in.

“A well-connected trail system, along with improvements to riparian habitats and kayak launches, will set the stage for ecotourist opportunities. We see a bright future ahead for the town, when it is fully equipped and ready to host cycle races, fishing tours, birding events, interpretive hikes and new camping facilities soon to come. Paddles Up Niagara will one day be the legacy outdoor recreation event on Grand Island.”

The 15th annual Paddles Up Niagara will be held Saturday, July 31, at Beaver Island State Park. For more information, or to register, visit https://www.niagararivergreenway.com/paddles-up. One can also find course maps for the two different tours at this website, as well as places to rent a kayak. Find a preview online at www.wnypapers.com.